Andy Warhol as the Negation of Spirituality 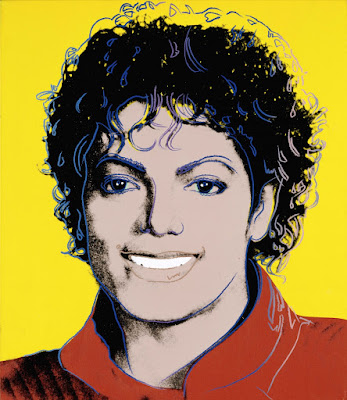 Terrific essay in the Atlantic by Stephen Metcalf titled, "Why is Andy Warhol so Famous?" Metcalf's answer boils down to saying that Warhol predicted a world with no spiritual foundations whatsoever and no motivations but the pleasure of the moment, and that is the world we live in:


Cold and mute and static—that is Pop art. Making you feel complicit in the coldness, the muteness, the stasis? That is Warhol. He impresses the viewer only insofar as the viewer’s defenses against him are weak. His greatness has always lain in our failing. The less we push back on the idea that prurience and detritus represent the sum of it, the greater his powers of divination seem. The Warholian insinuation creeps out beyond the canvas, beyond the persona, to speak to the condition of all art, maybe all modernity, and with a retroactive power that rewrites everything that came before it. An inner life, a sense of vocation, a distrust of fame and a special loathing for speculative fortunes, a personal relationship with God (or nature) that the image may partake in but never supplant—Warholism negates it all. No wonder he has never been bigger.

I think that sums up much of Warhol's mass appeal. He had nothing to say; he simply held up a mirror to our own vacuity and laughed at us for loving it.

Maybe. You can also think that Warhol was posing a question, and that our job is to find some kind of answer.

One thing I appreciate about Warhol is his clever attack on the conventions of the art world, which I think could really use some mocking. Our artistic tradition obsesses over what is an "authentic" work by some artist or another; you have no doubt encountered bitter arguments over whether this or that painting is an "authentic" da Vinci or Rembrandt or Vermeer. Tens of millions of dollars can ride on the answer, besides placement in museums and the like. Is that a "Rembrandt," or should it just be "school of Rembrandt"? All old master painters operated workshops with numerous assistants who did much of the work, and the assignments just reflect some aficionado's judgment as to whether the brush strokes look like those of the master or are no sufficiently aesthetically refined and therefore must be by an apprentice. (How about this, about the famous sculptor Gian Lorenzo Bernini: By then, Bernini was at the head of an extensive team of sculptors, stonemasons, bronze casters, draftsmen, and engineers. . . .)

Warhol mocked this pretension by making works of art that he had never personally touched in any way and then selling them as his own creations. The only real explanation he ever gave of his approach was to say that only the image matters; the whole business of authenticity is marketing nonsense. When people paid millions for prints of his doctored photographs, he laughed out loud. And yet they did pay. And they still do, and since Warhol went out of his way to make it impossible to tell the works he produced from those produced by others, we now have long-running, big money lawsuits over which works are "authentic" Andy Warhols. If he could, he would be laughing in his grave.

He mocked his patrons just like he mocked the rest of us, and one has to wonder how many of them understood, and how many of us do.
Posted by John at 1:18 PM

I've never liked Warhol, not even in my younger days. It always seemed utterly obvious to me that his works were mockeries of art, and that he was playing some cruel joke on the vapid people who ate it up and thought it was genius.

Really, most "modern art" annoys me, because it feels like one big joke that no one who is still involved with realizes is a joke anymore. It's like some absurd Dadaist prank took on a twisted life of its own beyond all human control, and over the decades became some kind of memetic ghost that haunts the world.

To be bluntly honest, I almost feel like "modern art" is what you get when the Dunning-Kruger effect somehow becomes an epidemic.