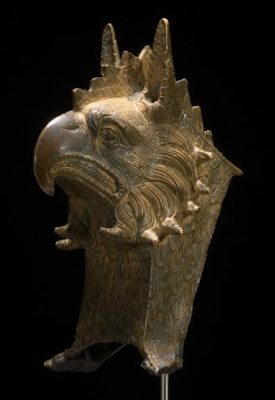 No reason, I just like them. Roman griffin, possibly from a helmet, found attached to a German chieftain's standard in the Vimose bog. 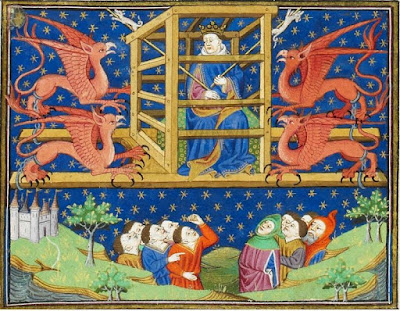 Alexander lifted into the air by four griffins, a scene from the Alexander Romance; this is the Talbot Shrewsbury book, 15th century. 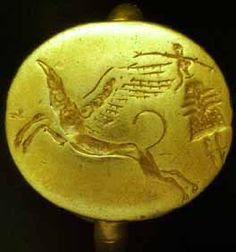 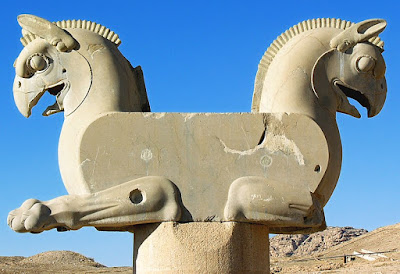 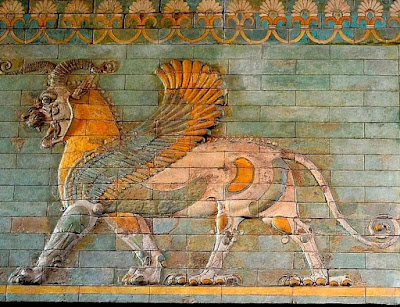 The ancient Persians were particularly fond of griffins. Column from Persepolis and relief from the Palace of Darius I at Susa. 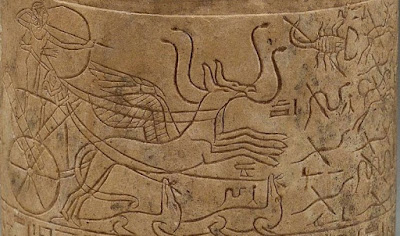 Relief from Old Kingdom Egypt showing an assortment of demons. The oldest surviving depiction of a griffin comes from Egypt, dating to around 3100 BC, but a fusion of lions and eagles seems rather obvious to me so the idea may be much older. 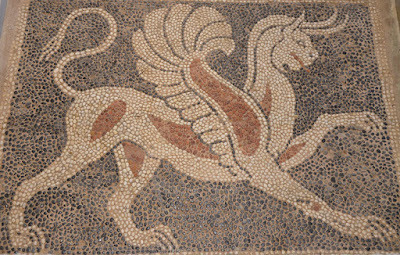 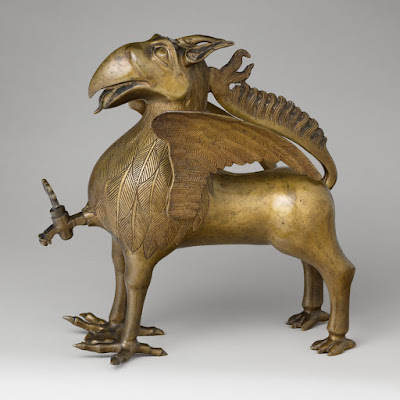 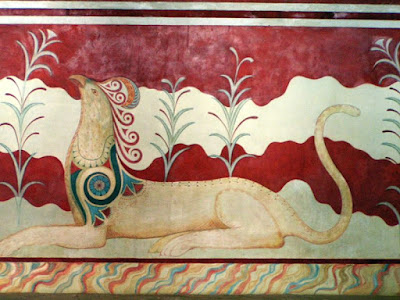 Restored fresco from the Minoan palace at Knossos. 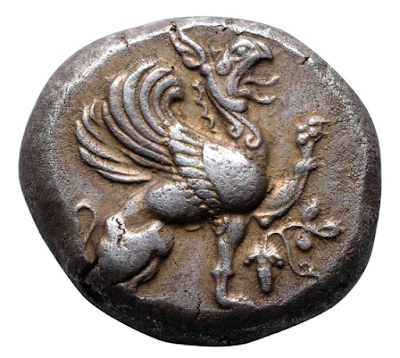 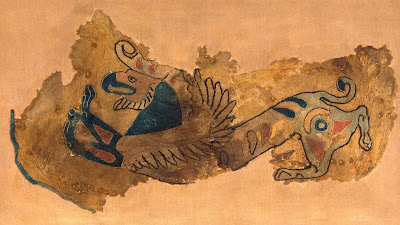 Scythian felt applique from one of the frozen tombs of the Altai. 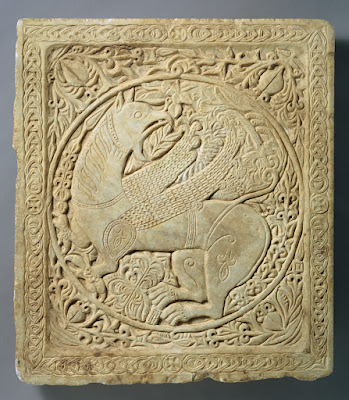