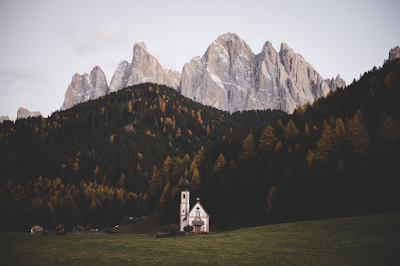 Today's place to daydream about is the Italian Dolomites, a strangely beautiful part of the Alps. 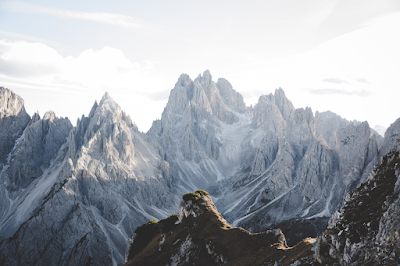 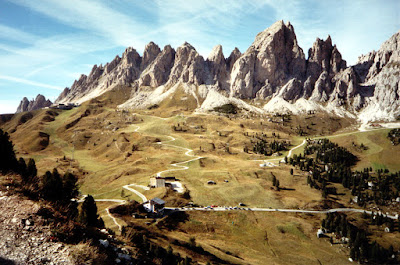 These mountains are made of limestone that erodes more quickly than granite or gneiss; the only reason they are so tall is that the Alps are still being pushed higher by the ongoing collision of Europe and Africa. It is the rapid erosion of rising peaks that creates the spectacular ragged scenery. 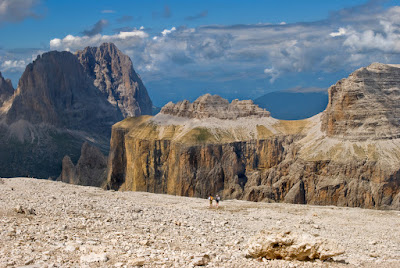 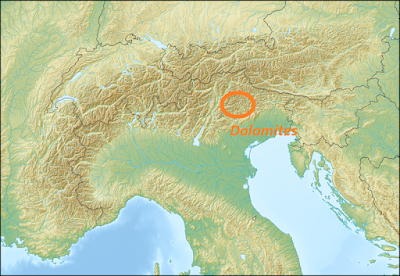 Located within easy reach of Venice and the Po Valley, the Dolomites were one of Europe's first climbing and skiing meccas, and they remain so. 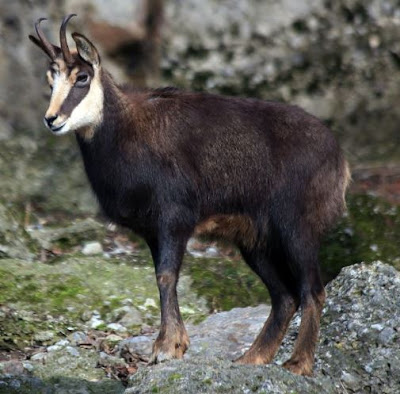 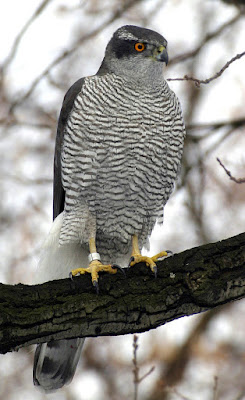 But there is also a sizable national park which preserves several ranges and valleys in a more natural state, home to chamois, goshawks, and other wildlife. 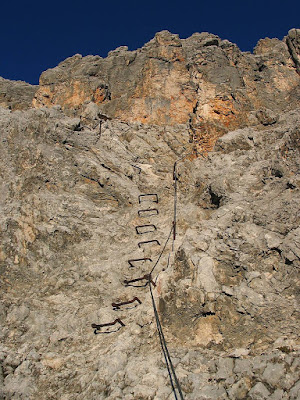 The Dolomites were on the front line of fighting between Italy and Austra-Hungary during World War I. Both sides built fortified outposts on mountain peaks where they conducted a strange "Battle in the Clouds." Some of the ladders and cables installed by the combatants to reach these posts are still there. 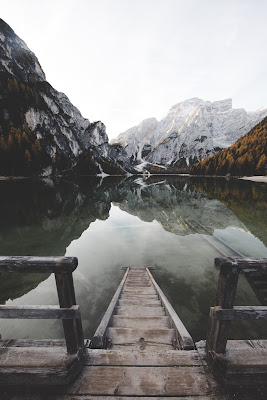 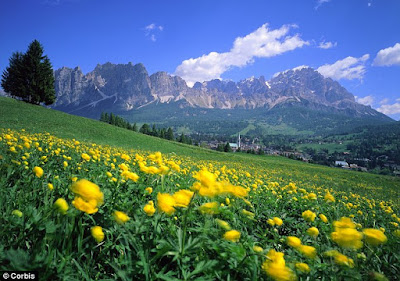 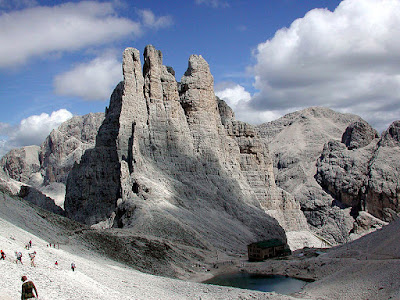