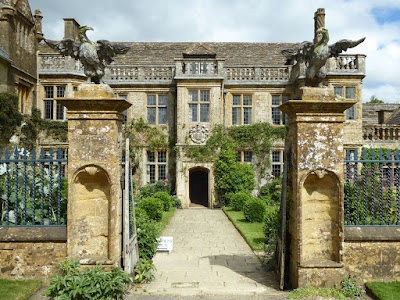 Mapperton House in Dorset is thought by some to be the finest private house in Britain. The residents are the Earl and Countess of Sandwich — that is, when they are not off practicing the glamorous careers that most European aristocrats aspire to these days. (He has held various government and foundation jobs in international development; she is a journalist.) 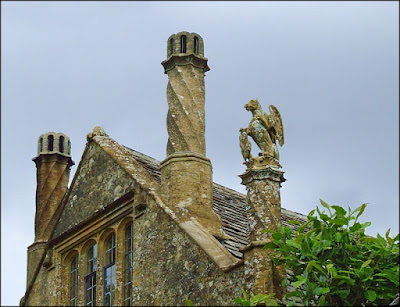 The oldest part of the house was built in the 1540s by Robert Morgan; it sports these fine twisted chimneys and heraldic guardians. Morgan's descendants inherited the estate in direct line down to 1919, although the family names kept changing when a daughter was the heir. 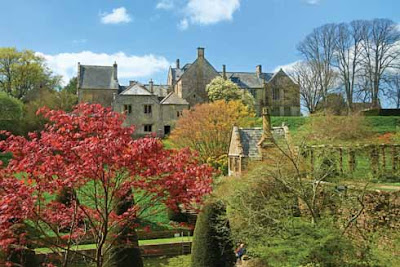 But as you can see from this photo the house grew by accretion over the centuries. 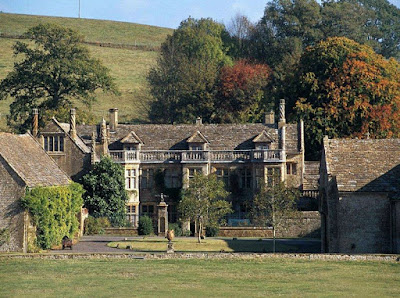 What shows as the central block in this view was built in the 1660s by Richard Brodrepp; you can see the gable end of the surviving Tuodor structure to the left. 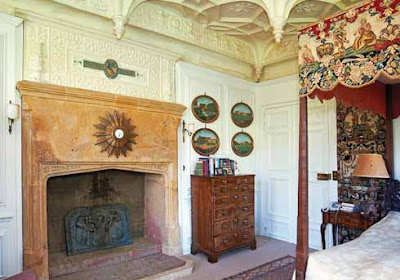 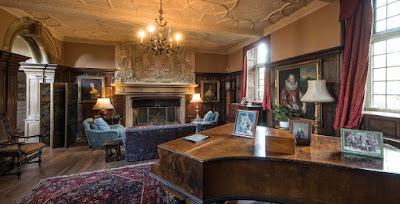 Much of the interior was remodeled in the 18th century by another Richard Brodrepp, with the help of two prominent west country builders known as Bastard Brothers of Blandford. The bones of the gardens were established at the same time, although they were much altered in the 20th century. 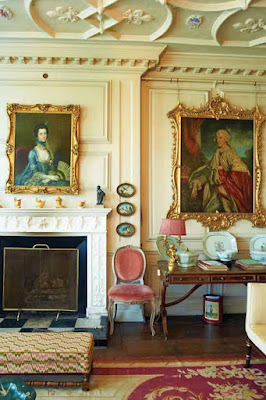 In 1955 the property was purchased by Victor Montagu, heir to the Earldom of Sandwich. A Joshua Reynolds portrait of his ancestor the 4th Earl hangs in the drawing room near a portrait of the 4th Earl's mistress, Martha Ray. This was the Earl who rather than get up from the gaming table put a slice of meat between two slices of bread and somehow got credit for inventing a way of eating that must have been done pretty much since the invention of bread. 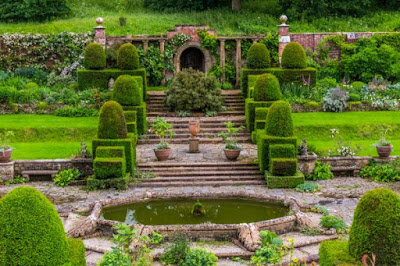 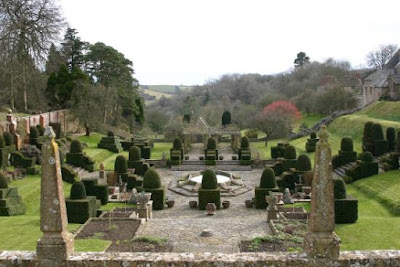 Views of the formal garden behind the main house. 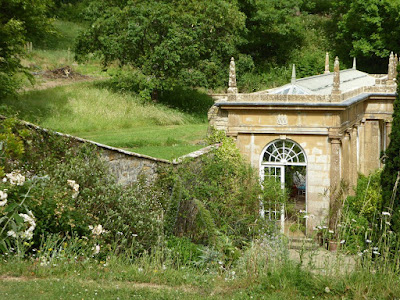 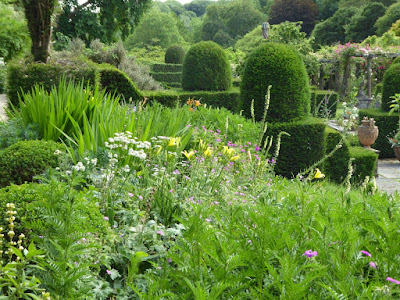 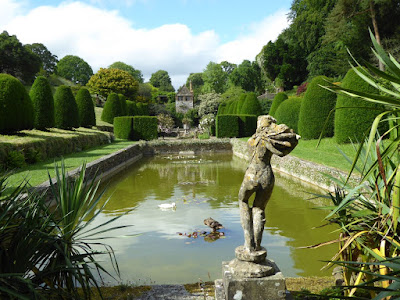 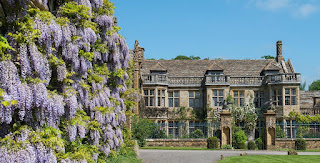 More garden views. The gardens are open to the public through most of the summer, the house only on weekend afternoons. 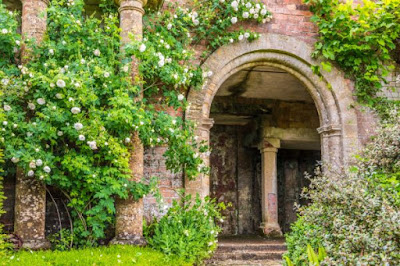 "This was the Earl who rather than get up from the gaming table put a slice of meat between two slices of bread and somehow got credit for inventing a way of eating that must have been done pretty much since the invention of bread."

Well, we are talking about the English, who have historically liked to take credit for all sorts of things which they really only popularized or coined specific (English) names for.

The sandwich seems to be mostly a case of the latter. Clearly people have been eatting sandwiches since antiquity, but they would have referred to them as simply "meat and/or cheese and bread", or the equivalent. There really just wasn't a dedicated word for the dish until the Earl lent his name to it and popularized not only in English, but in many other European languages, most of whom adopted it as a direct loanword.

And it may well be that in most situations historically, people actually wouldn't have thought to (or bothered to) actually prepare their bread, meat, and cheese into a sandwich specifically.

Think about it. If you're a common citizen of most any European civilization, and you've got a loaf of bread, a wedge of cheese, and a haunch of meat, and you're hungry, are you going to bother to cut each of these ingredients into neat and tidy slices? That doesn't seem terribly likely. You're probably going to just pick them up in your bare hands and take bites out of them, because that's the quickest and easiest thing to do.

Why go to the effort of slicing your food uniformly and arranging it tidily? Maybe if the meat is piping hot, or particular greasy, you'll carve off slices (or more likely rough chunks) and eat them with a fork. But if it's cold enough to hold in your hand, and if you don't care about the grease, why bother? It's not like you would need to use your hands for anything else while you're having a meal. You eat, your hands get dirty, you clean them off, and then you go about your business.

It may very well have taken an aristocrat, who enjoyed playing cards but being unwilling to stop playing to eat meals, for the idea of a sandwich to make sense as a planned foodstuff. An aristocrat would have a cook who could spend the extra time and effort to slice things neatly and tidily, for the sake of appearances. And the fondness for playing cards would produce a reason to not just adjourn for a more formal meal, and instead just prepare a very simple meal of bread, meat, and cheese but in an aristocratically neat and tidy way, which could then be eatten while engaged in other activities.

We know the Dutch had open faced sandwiches well before the English added a second layer and made it hand-portable. And we know that in the middle ages, it was common to serve meals on "trenches" of thick bread, as a sort of edible and disposeable plate that sopped up the remnants of the meal. But the prevailing custom in both cases would have been to either consume the meal with utensils, or to simply dirty one's hands and clean them after.

" Maybe if the meat is piping hot, or particular greasy, you'll carve off slices (or more likely rough chunks) and eat them with a fork" No, actually with the point of your knife.

"Forks, having journeyed to Italy from Byzantium, arrived in France along with Catherine de Medici, who traveled in 1533 from Italy to France to marry Henry II. The political culture of 16th-century France was riven by sectarian violence, and Catherine, in her role as mother to two child-kings, used massive public festivals to demonstrate the power of the monarchy. Food was part of this strategy of spectacle. Catherine's eating methods, as well as foods as diverse as the artichoke and ice cream, went on display as she toured the country for more than a year in the 1560s, drumming up support from the populace and devising etiquette that forced members of rival factions to eat together at her table."