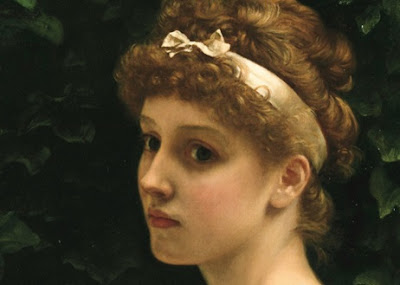 Edmund Blair Leighton (1853-1922) was a British genre painter all of whose paintings were set in the past. 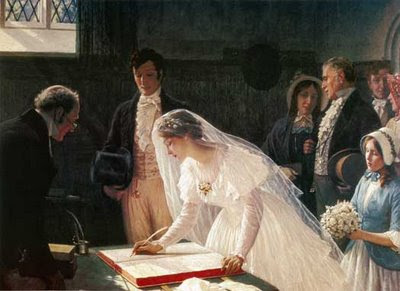 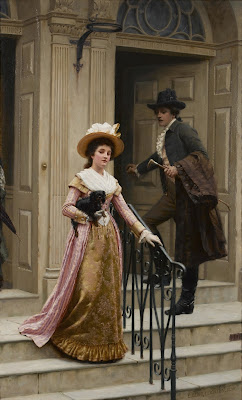 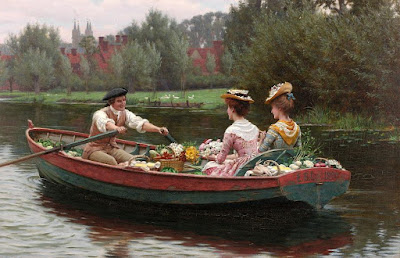 Some in the Regency, which you see all the time on Jane Austen blogs: Signing the Register, My Next Door Neighbor, and Market Day. 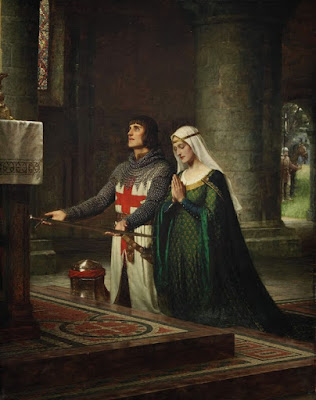 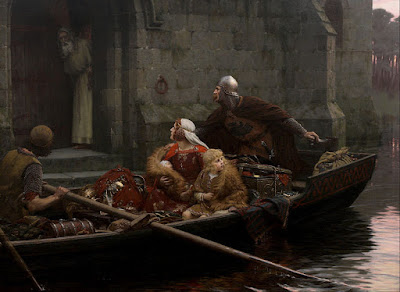 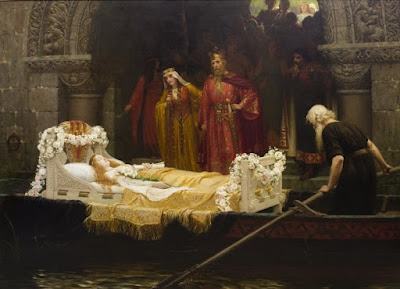 Elaine (1899); quick, all you medieval buffs: who are these people? 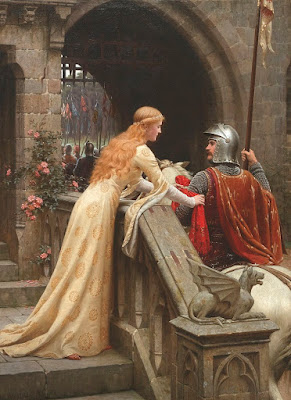 Goodspeed (1900). As you can probably imagine, Leighton was not taken all that seriously as an artist in his own time, and in the 20th century he was scorned when not forgotten. But now he, like all sentimental Victorians, is back, and these are selling for amounts as high as $500,000. 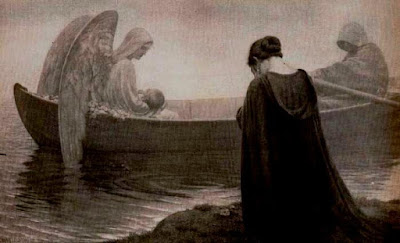 And then there is this, unlike anything else of his I have seen: To the Unknown Land, 1911.
Posted by John at 7:27 AM

I'm a far cry from a medieval buff, but I tracked this down very quickly. (Thanks be to modern technology and cross referencing for making my job so easy!)

This is Elaine of Astolat, a figure from Arthurian Legend, specifically from Le Morte d'Arthur. Also known as Elaine The White, or Elaine The Fair, she was your typical idealized pure maiden who fell in love with Sir Lancelot, but in typical chivalrous fashion he did not return her love and she died of grief. This painting is her floating down the river to Camelot, and being discovered (presumably) by King Arthur, Lady Guinevere, and the Knights of The Round Table. She clutches a symbolic lily, and a scroll containing a final letter to Lancelot.

In the 19th century, Lord Tennyson reworked the original story into The Lady of Shallot, which became quite popular and inspired many paintings and illustrations similar to this one before the turn of the 20th century.

A bit more poking around, I'm not so sure now if it was from Le Morte d'Arthur specifically, as I've found conflicting references, but it's certainly from somewhere in the old Arthurian legends of around the 1400s.