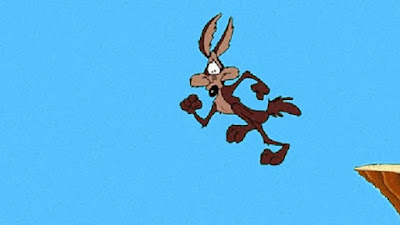 What does it mean to think like a modern person, and how did we come to think that way?

I don't mean by this to think like most people in the 21st century; I mean, what is the distinctively modern way of understanding the world, that sets us apart from intellectuals in the past?

Try this: until recently most intellectuals believed that the Truth was out there somewhere, and our task was to find it. This might be difficult. The Truth might be hidden, and to reach it might require years of careful study, meditation, ordeal, prayer, revelation, or shamanistic journeying into other realms. But somehow, some way, we can reach the truth and know.

But what if we can't? What if no matter how hard we try, we can never find any certain knowledge about the universe? It is easy enough to show that our senses fool us all the time, and that our dreams are at best an unreliable guide. What if revelation is just another sort of dream? And what if science can provide all sorts of technical knowledge but never expose the foundations of the universe; what if there is no Final Theory, just partial, incompatible theories stretching all the way down, theories that with every step become harder for humans to understand? What if we never figure out how life arose from dead matter? And what if our science, for all its power, never sheds any light on questions of ethics or politics?

I have always imagined this state as being like those cartoon characters who run off the cliff but keep going for a while over empty space until they look down, realize nothing is holding them up, and fall. This, it seems to me, is the distinctively modern condition; to keep going on with a life of purpose and moral choice while realizing that there may well be nothing holding up our pretensions.

One of the major attempts to come to terms with this situation, and the most important American contribution to philosophy, is Pragmatism. Louis Menand's wonderful book, The Metaphysical Club (2002), explains the origin of Pragmatism by examining the careers of four American thinkers: Oliver Wendell Holmes, Charles Peirce, William James, and John Dewey. Holmes, Peirce and James were all young men when the Civil War broke out; Dewey was a generation younger. Two of the key events in the lives of the older men were the war itself and the publication of Darwin's Origin of Species in 1859. These both had the effect of undermining old certainties. In the face of the war's destruction and science's ever-increasing demolition of what we thought we knew about the world, these men tried to find new reasons for the ongoing exercise of philosophy, new ways to defend democracy, and a new understanding of how and why we make moral choices.


In January of 1872, a group of young intellectuals in Cambridge, Mass., formed a conversation society. One of them, a prodigy in math, science and philosophy named Charles Sanders Peirce, said later that they called themselves the Metaphysical Club ''half-ironically, half-defiantly . . . for agnosticism was then riding its high horse, and was frowning superbly upon all metaphysics.'' Among the other members were William James, three years out of medical school, and Oliver Wendell Holmes Jr., the future justice of the Supreme Court. ''They wrangle grimly and stick to the question,'' James's brother Henry wrote to a friend that January. ''It gives me a headache merely to know of it.''

That particular club existed for only a few months, but some of those men never stopped wrestling with those questions. They ended up sharing a key insight, what we might call an idea about ideas:


What is essential is that theories pay their way in the long run—that they can be relied upon time and again to solve pressing problems and to clear up significant difficulties confronting inquirers. To the extent that a theory functions or “works” practically in this way, it makes sense to keep using it—though we must always allow for the possibility that it will eventually have to be replaced by some theory that works even better.

One of the new sciences that had a huge effect on all these men was statistics. Peirce in particular was fascinated by the discovery that no matter how careful the astronomer or how gigantic his telescope, he will never take two measurements of a star's position that agree exactly. The best approximation of the star's position comes not from relying on any one measurement but on averaging them all together, or even better treating them all as points on a graph. The graph of all the observations every made on that star will almost certainly trace out the familiar bell curve, and the best value will be the peak of that curve, whether or not that value corresponds to even a single measurement.

Pragmatism is philosophy for the statistical age. These men did not believe that knowledge was a sham; but they believed that it was always provisional and partial. Every belief, they thought, was a bet. Some bets are better than others; the bet that living things evolve is a very good one. The bet that God handed the law to Moses on Mount Sinai, they thought, was a lot more dubious, but they nonetheless saw why some people chose to make it.

All of the Pragmatists were strong believers in democracy and in the free circulation of ideas. After all, if you went around suppressing other people's ideas, you might by accident suppress one that is right – or, in Pragmatist terms, one that works better than yours does. You can never arrive at the final truth about anything so complex as how to administer society, so maximum openness to every idea is essential. The Pragmatists all taught tolerance for other people's ideas and ways of life; John Dewey coined the term "pluralism" for his ideal society, one that allowed groups of people to live in their own way, so long as that way did not involve oppressing anyone else.

One of the best ways to see what Pragmatism means in a down-to-earth sense is through the jurisprudence of Oliver Wendell Holmes and his leading disciple, Learned Hand. Holmes and Hand were both very reluctant to overturn laws passed by legislatures, because, well, if you don't really believe in Truth, on what basis would you do that? Their idea of justice was best expressed by Hand, who defined it as "the tolerable accommodation of the conflicting interests of society." To them politics was how competing interests in society work out their differences, and a judge was very unlikely to understand their concerns better than they themselves did. The judge's role was to serve as a sort of referee, ensuring that competing parties did so on fair, nonviolent terms. That the Constitution embodied some sort of great, timeless wisdom seemed to them a quaint, almost absurd idea; what did Madison and Hamilton know about industrial trusts, birth control or anarchist cells? The problems of our own time must be solved by people who understand them, that is, us.

Because they thought that all ideas were provisional bets, the Pragmatists hated ideology. In 1937, in one of the strange little events of history, 78-year-old John Dewey ended up part of a delegation of American leftists who traveled to Mexico to interview Leon Trotsky and assess his charges against Stalin. Dewey found Trotsky to be highly intelligent and on the side of the masses, but ultimately "tragic" because his brilliance was "locked up in absolutes." Given his commitment to non-commitment, his insistence that all knowledge is partial and all insights provisional, Dewey could not makes heads or tails of an ideologue like Trotsky. Dewey and Learned Hand came back again and again to the notion that liberty and tolerance were connected to a lack of dogmatic certainly in our beliefs. Instead of the Ten Commandments, Hand thought that every courtroom should have on its wall a quotation from a letter Oliver Cromwell sent to the Scots before he slaughtered them at the Battle of Dunbar: "I beseech you in the bowels of Christ, think that ye may be mistaken."

The Pragmatists considered all the time that they might be mistaken. It is this that makes their writings – James on psychology, Dewey on education, Peirce on science – so much more accessible than almost any other non-fiction of the period. (Consider Freud, who drove James's ideas out of psychology for 50 years but is now almost unreadable.) The Pragmatists went through a long eclipse in the mid-twentieth century, when Americans fighting the Cold War seemed almost embarrassed by their lack of fiery principle. But these days they have come back both in philosophy, where Richard Rorty restored them to the center of American academic life, and in politics; Barack Obama is the nation's most prominent political Pragmatist, but there are many others.

The Metaphysical Club is by far the best book I know on these men and their movement. In fact it is the best book on American intellectual history I have ever read, a model of how to write about intellectuals and ideas. It is, like the Pragmatists, open-minded and undogmatic. It considers influences from many directions – the disillusioning horror of the Civil War, the explosion of industrialization and commercial capitalism, the triumphs of science, the philosophy of Kant and Hegel, the professionalization of the university, Jane Addams and her writings about Hull House, and more. Because it focuses mainly on biography it never becomes a dry exposition of philosophy, but it has enough on the ideas to give them heft. It is gracefully written, judicious, and clear-minded. I loved it.
____________________

Probably the best book by any of the Pragmatists is The Varieties of Religious Experience by William James. I recommend this for any agnostic curious about why religion is so important. This also exists in audio versions (one of which is on Audible) if you prefer to listen to it, which works well since it started as a series of lectures.
Posted by John at 4:28 PM

Great review. I'm wondering what Menand says about the period when these guys were passing from the scene. In his view, did the Supreme Court change after Holmes left? What did Learned Hand think of the period after Holmes? Did Hand see himself as a lone guy keeping the flame?

In some ways, it seems to me that the Pragmatists' great period of triumph would have been the fifties and early sixties, when guys like Daniel Bell were writing books like The End of Ideology. In his way, wasn't Robert McNamara an arch-Pragmatist, along with much of the rest of the high Cold War apparatus, like RAND, game theory, systems analysis, and so on--indeed the policy of containment itself, and its later avatar, detente, both detested by the Right?

Menand's comments on the Pragmatists' Cold War eclipse are contained in a short epilogue and are not well developed. Like you I have the sense that Pragmatism as a style of thought remained strong throughout the 20th century, even though its creators were not much taught or studied. In fact one thing that fascinates me about this is that I somehow became a pragmatist without knowing there was a word for it or being in any way aware that it was a particular philosophy developed by a small group of men. So it was in the air when we were growing up and getting our educations.

Pierce was a polymath. You can read more about him at the Stanford Encyclopedia of Philosophy, including how difficult it is to piece together all his writing. Pragmatism was only one of many ideas he developed.