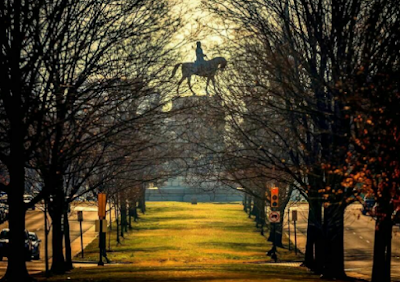 Despite all the media anger over Confederate monuments and the parade of Republicans calling for their removal, the people are not all on board. The latest polling: 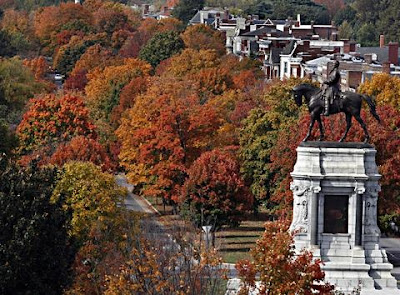 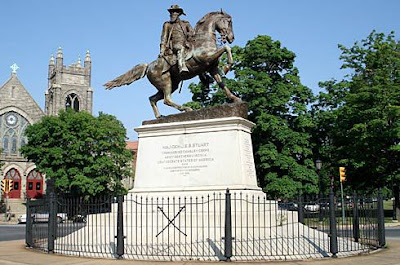 I think millions of Americans want the statues to remain because they are pretty, and because they represent a vaguely traditional, genteel, orderly sort of beauty that is under assault from the forces of monstrous concrete architecture, truck traffic, spray paint, reality television, and everything else bad about the 21st century. I once read a great account of female Civil War reenactors, who follow the men to the camps and dress in hoop skirts; so far as I could tell they mainly liked play-acting in a world where officers in dress uniforms tipped their hats to them and called them ma'am. 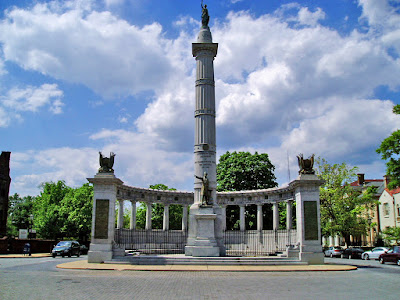 The response of many people to things like grand plantation houses, the historic districts of Charleston and Savannah, and courthouse squares with old oak trees and statues of Confederate heroes is, "too bad about slavery and Antietam, but weren't things pretty back then?" As the polls show, black Americans are not immune to this, and neither are recent immigrants. 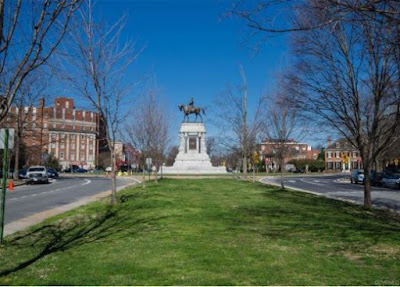 Here's a question for you: if we take down all the Confederate monuments, what are we going to replace them with? Balloon animals by Jeff Koons or giant mirrored kidney beans by Anish Kapoor? Chain coffee shops? 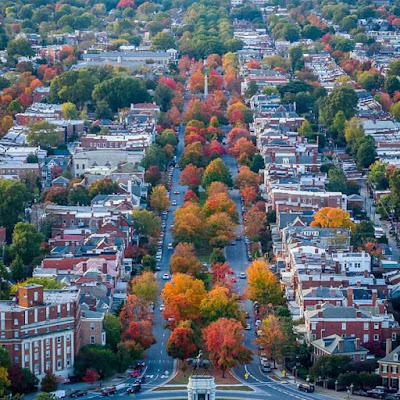 All of the pictures in this post are of Monument Avenue in Richmond, Virginia. Monument Avenue was planned at the height of Jim Crow and celebrates the victory of the all-white Democratic Party over Reconstruction, but it is also beautiful. The political ideologies of the people who built the Pantheon in Rome, the Parthenon in Athens, and the Pyramids in Egypt were all quite terrible by our standards. I very much doubt that modern liberals would see eye to eye with the people who built Stonehenge. Should we tear them all down? 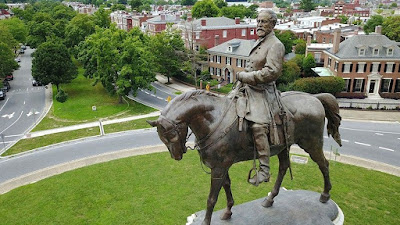 I do understand that we have a problem with the legacy of the Confederacy that we do not have with the legacy of Assyria. But I regard the way we build cities in our era – superhighways leading to strip malls and blocks of hideous concrete or glass office towers – as despicable. So do millions of other Americans. And that is really why they want to keep the statues: to preserve something old, stately and nice from the assaults of our great era of uglification. Even some people who hate what they represent would still rather have these statues than more concrete and neon.
Posted by John at 7:19 PM

You make an interesting and not-wrong argument for why we should keep the statues. But I wonder if you're actually telling us about many of those who tell pollsters we should keep the statues. I wouldn't be surprised if polling experts could tell you about all sorts of testing effects that could explain the answer, as in, if you ask people whether X should be done, and the doing of it would mean a change, some significant percentage of respondents who haven't otherwise thought about the issue will say, "don't do it!" Plus I can imagine that if, say, 15% of the population really are white racists and neo-Confederates and southern white diehards, and another 15% are people who live outside the south but think it isn't their business, and another 15% are folks who will oppose anything liberals want, and 10% feel the way you do about the look of our cities, and 10% are "Sweet Home Alabama" southerners who don't like the KKK but have a chip on their shoulder when it comes to outsiders . . . well, you see where I'm going. The percentages are random and made-up, but basically any American majority for anything is going to be cobbled together from many opinions of varied nature. This isn't an argument for ignoring the poll. But almost any argument along the lines of, "Most Americans realize, as I do, that . . .," no matter how sound or unsound in itself, is apt (though not bound) to be wrong when it comes to conveying how "most" Americans think. There's no "most" there.

Why don't we build a handful fewer cruise missiles, and instead spend all those millions of dollars on commissioning new art to replace these monuments?

I'm certain there are plenty of artists out there who would leap at the chance to make new monuments for these sites. Keep the fancy stone pedestals and raised daises, since there's nothing wrong with them and they'd cost more to replace. Just switch out the actual statues and the plaques that accompany them, and maybe resurface any offending stone bits that are engraved or carved in, and there you go.

We could even keep the style. People like genteel equestrian statues? Commission art of Washington, Hamilton, Lincoln, or any number of other historical American figures and put them on horseback.

Or we could take politics out of it entirely, and commission symbolic figures like Liberty, Justice, Prudence, Hope, and the like.

And if we choose to also honor non-American figures, well... then the field of worthwhile candidates explodes in size.

There's no reason we can't get rid of Confederate monuments while still keeping those sites aesthetically pleasing and historically relevant.

@David: I'm sure you're right that people want to keep the statues for lots of reasons; I just wanted to focus on the a-political side. I think many Americans hardly think about politics at all, and that it is a mistake to read any sort of coherent politics into their opinions. I want to resist equations like, "you want to keep Confederate statues, therefore you are a neo-Confederate racist." The world is a lot more complicated than that.

I also think that at a deep level aesthetics has a lot to do with how our politics are formed. I think many people become conservatives in the first place because of an aesthetic reaction against lovely old things being bulldozed for strip malls, or against squalor and poverty.

@Verloren: no doubt we could in some theoretical sense create decent art to replace these statues, but in practice I find the public art of the late 20th and 21st centuries to be horrible.

@John: Yes well, we may be approaching one of those moments in history when they may not be interested in politics, but politics is interested in them. Or we may not. No one knows, but the possibility is there.