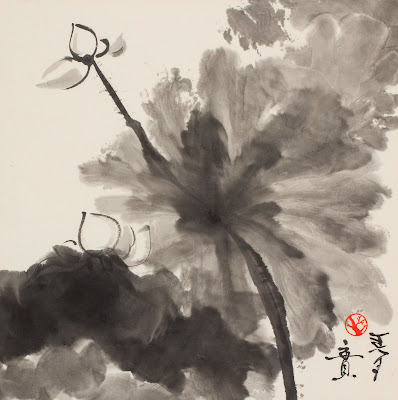 Minol Araki (1928-2010) was a Japanese painter steeped in the oriental tradition who also made some experiments with blending eastern and western styles. Lotus, 1977. 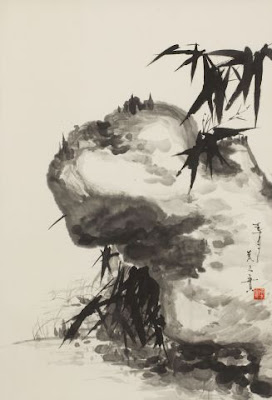 Araki was born in China, to Japanese parents, in 1928. It was in China that he began to study traditional brush and ink painting. Bamboo and Rock, 1977. 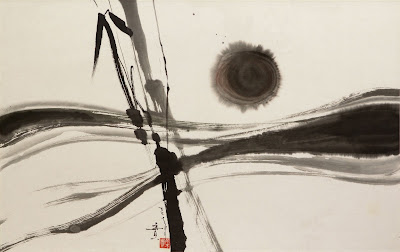 At the end of World War II Araki and his family returned to Japan where he enrolled in design school, going on to a hugely successful career as an industrial designer. During this time he continued to paint on his own. Bamboo, 1977.

In the 1970s he began to exhibit his work professionally; several of the works I have found online are all dated 1977, and I wonder if they had been painted over the previous decade but got that date because it was the year of his first exhibits. Distant Road, 1978. I love this painting, and it is in the Met, where you can't see it because it is "Not on Display." Grrr. We should nationalize all their extra stuff and redistribute it around the world. 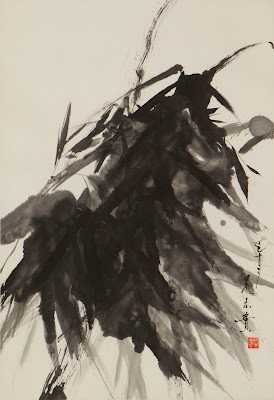 In the 1980s Araki's work began to appear in museums in Japan, Taiwan and Hong Kong. Taiwainese museum culture in the 1980s was still dominated by a very conservative Chinese aesthetic, so it interested me that this Japanese painter was given prominent shows. I assume it was his mastery of traditional technique and time in China that made this possible. Bamboo, 1977. 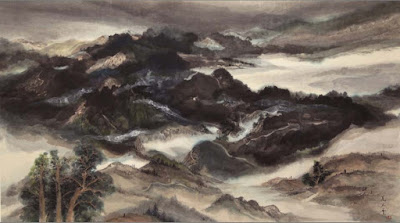 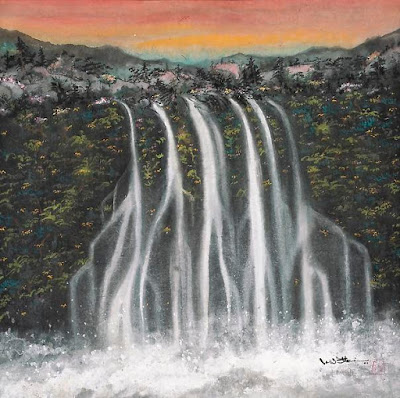 And a thoroughly untraditional work, Waterfalls, 2003.
Posted by John at 9:13 PM

"We should nationalize all their extra stuff and redistribute it around the world."

Not that I don't share the general sentiment, but there are much, much more important things to nationalize, if you even really want to start down that particularly thorny and difficult road.

I often consider the problems of curating, particularly as the corpus of estimable art grows with such speed nowadays. More people with leisure, more artwork - and even the small proportion that is enlightening or life-enhancing is still a pretty massive number of items.
BTW 'the world' also has its own share of good must-see art, with a shortage of display space :).

It's true that we have an awful lot of art in the world, most of which can't be displayed in museums. But the stuff in the Met basement is better than what's on the walls in many museums.

This problem is part of why I am ambivalent about the antiquities trade. As an archaeologist I deplore the looting of sites, but why is it necessary to put everything we find in locked cabinets where hardly anyone will ever see it? Why is selling it to people who would put in on their mantles and enjoy it the worst imaginable sin?