A Whirlwind Trip to Raleigh 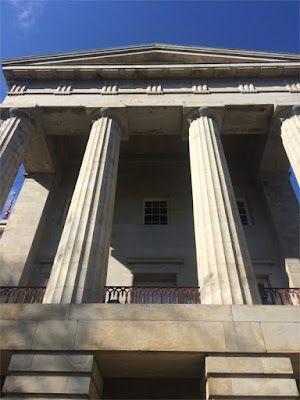 I seem to have reached a stage of my career in which I am expected to zoom around the country for meetings with clients and the like. So Monday evening I zoomed down to Raleigh, North Carolina for a meeting with folks in the Department of Transportation. The trigger for this trip was that I just took over our contract with them from a colleague who died of a sudden heart attack; American business etiquette requires a face-to-face meeting in such situations to smooth the transition. My children all said, "Why don't you just Skype?" But people of my generation, at least, still think that meeting in person is important. I wonder if theirs will act differently when they rule the world? 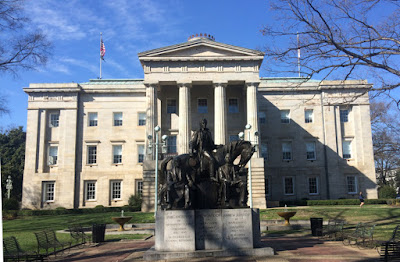 My meeting was in the morning and I didn't have to return until the late afternoon, so I spent some time exploring Raleigh. The DOT is actually housed in two giant suburban office office warehouses, vast spaces divided into hundreds of cubicles by muted gray barriers. You are given directions by pillar number, as in, "my office is near Pillar G-2." But it was just a short drive from there to the old downtown. It was a lovely warm day, so I had a splendid walk. Above and top, the State Capitol, built around 1840. 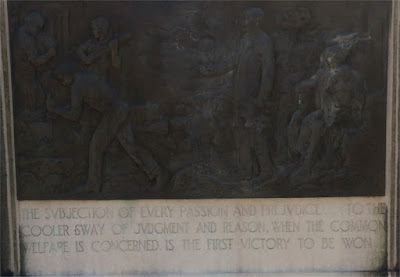 Here's an interesting 19th-century motto for you, from a monument on the grounds. 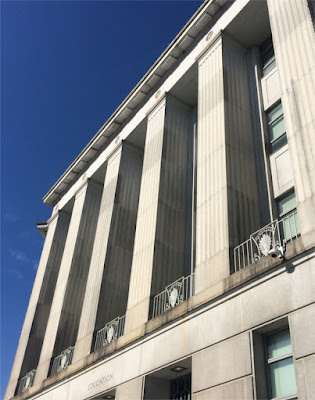 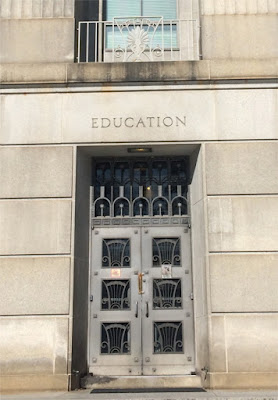 Striking nearby building for the Education Department. 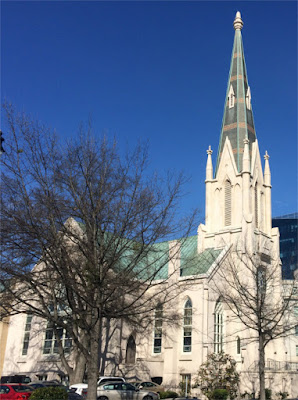 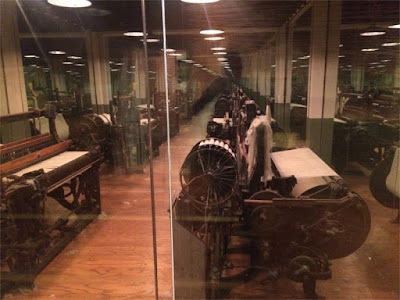 I went through the state historical museum, which was fine as such things go. I was impressed by this exhibit on the textile industry. There is actually only one of each machine, turned into a whole hall by mirrors. 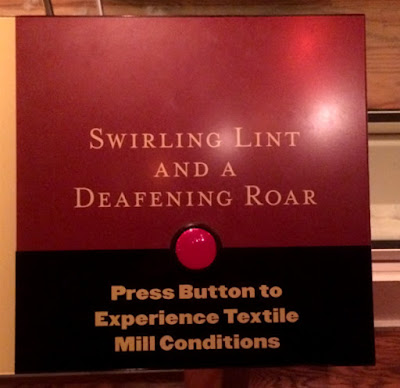 Who could resist pushing this button? 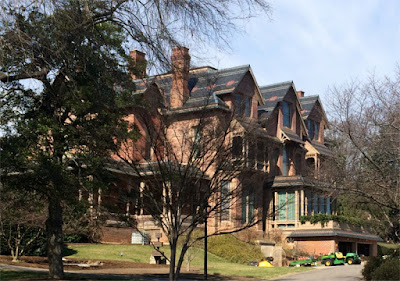 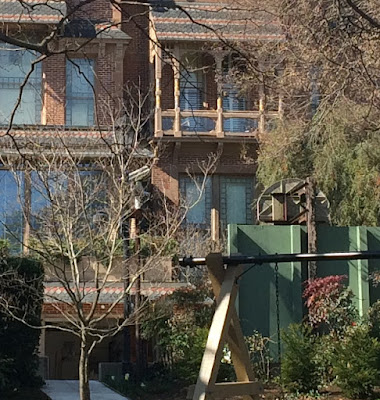 Since this is North Carolina, it has a basketball hoop in the driveway. 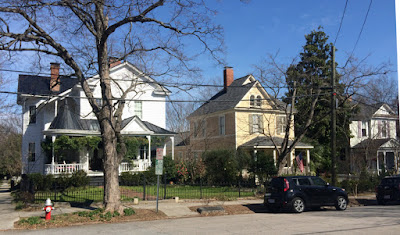 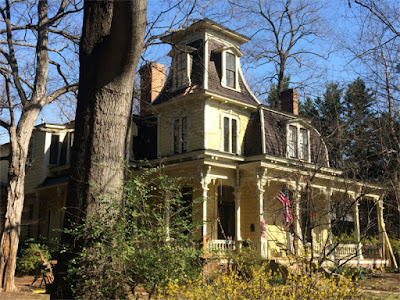 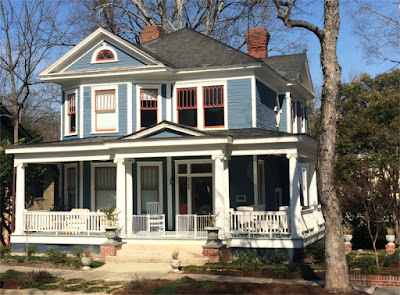 Some views of a lovely neighborhood just east of downtown. 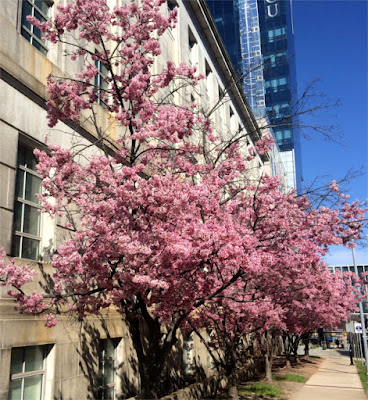 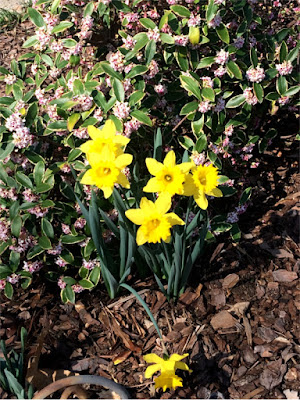 It's spring in Raleigh. 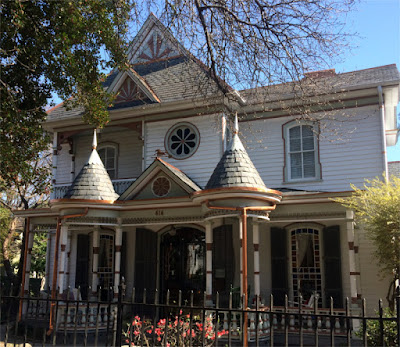 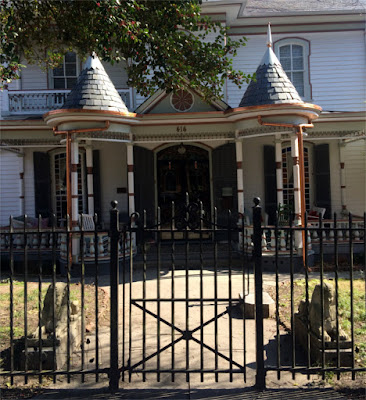 Two views of the craziest house in town.

And now I'm already back home, getting ready to face my office tomorrow.
Posted by John at 9:06 PM

My sister lives near Raleigh in Smithfield, the home of the Ava Gardener Museum, which could be you next adventure.

Next time in Raleigh, take in the Legislature building. (With the recent NC political shenanigans, I hope they are still allowing tours.) Built in 1963, it is an oddly beautiful example of "60's Moderne," going around the ugly bend back to attractive. White marble, shiny brass, RED carpets. Whoa.