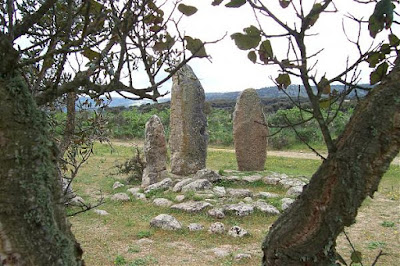 Pranu Mutteddu is a complex of  Neolithic monuments in Sardinia, including tombs and numerous standing stones. They were built between 3200 and 2800 BCE; use may have continued down to about 2500 BCE. 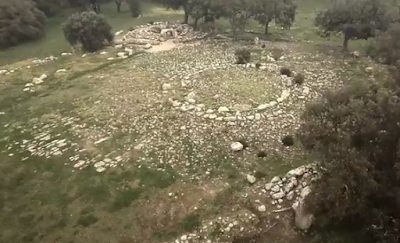 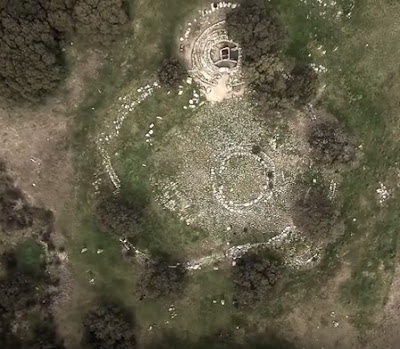 Overhead views of the two main tombs. These were once covered with earthen mounds, but between the tomb robbers and the archaeologists all the dirt has been removed. 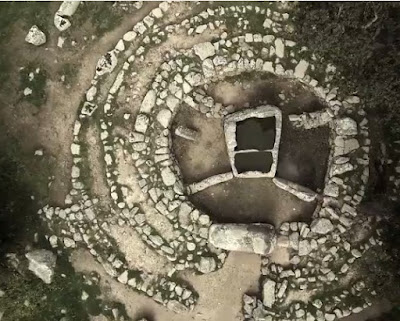 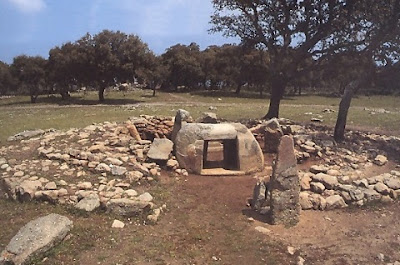 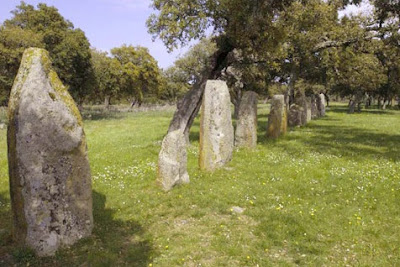 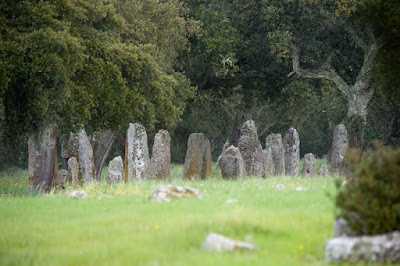 The roughly 60 standing stones include groups of two and three and this one long alignment. Many others have been removed over the centuries to build the island's ubiquitous stone walls. 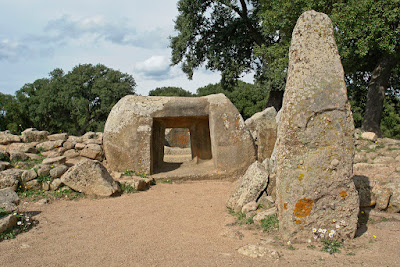 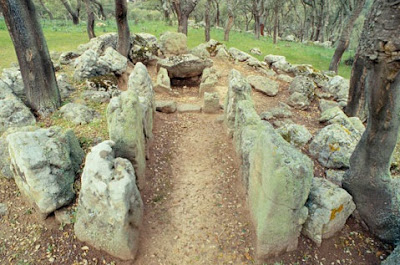 More views of the tombs. I've been reading some recent scholarship about these Neolithic monuments, and the new thinking is that many were built in areas of low population density. It's as if people living in a scattered fashion felt a strong need for some sort of community focus, so they invested a huge amount of effort in building tombs and cult centers. Another discovery is that some of these centers began with a single burial, apparently of an important person; perhaps he was the founder of the clan or lineage that came together at the complex.
Posted by John at 9:26 PM