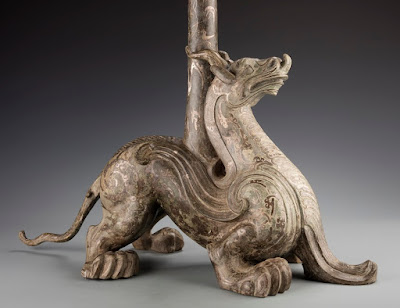 A wondrous array of great artifacts from classical China is going on display this winter at the Asian Art Museum in San Francisco. The exhibit is titled Tomb Treasures: New Discoveries from China’s Han Dynasty (206 BCE - 220 CE). This dragon is the base of a musical chime. 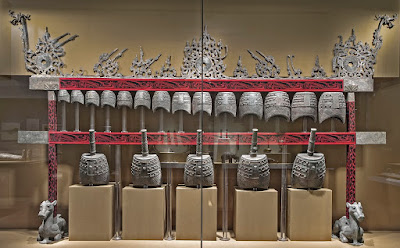 It might seem odd that anybody would bury a whole carillon of bronze bells in a tomb, but I saw one many years ago in another exhibit of Han treasures, so it was done at least twice. 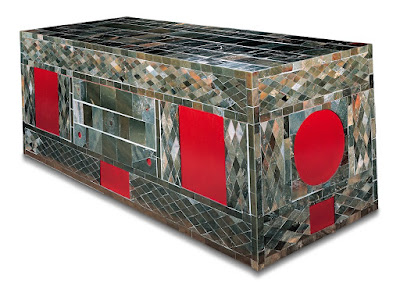 Clay figurine of a dancer. 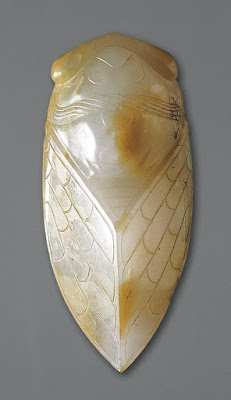 Jade cicadas. Cicadas were associated with eternal life because of the way they emerged almost magically from the ground after long absence. 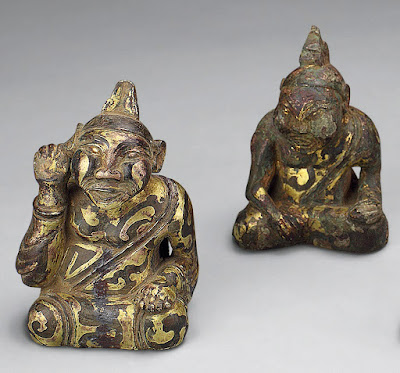 Two small figurines listening to music, from a set of four. 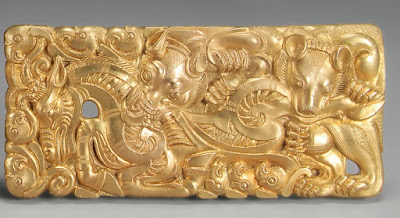 Half of a belt buckle set. More at The History Blog.
Posted by John at 8:18 PM