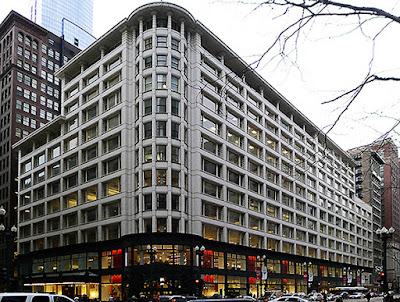 Louis Sullivan designed this retail building in fits and starts over the course of the 1890s, as various combinations of clients kept changing their minds about what they wanted. In 1898, two retailers called Schlesinger and Mayer finally agreed on a plan with Sullivan, and the building was constructed by 1902. But then the clients changed their minds and insisted the building be enlarged. And then in 1903, as soon as it was finished to their satisfaction, they sold it to Carson, Pirie, Scott and Company, so it is by their name that the building is generally known. These days it is office space known as the Sullivan Center. 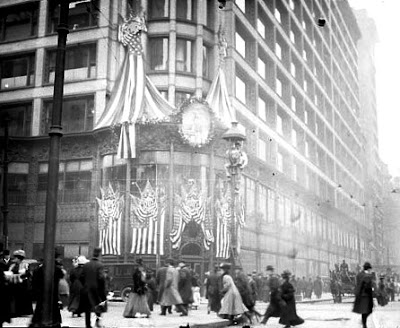 The building has a steel frame with an outer skin of terra cotta, glass, and wrought iron. Above, the building in 1909 during the 100th anniversary of Lincoln's birth. 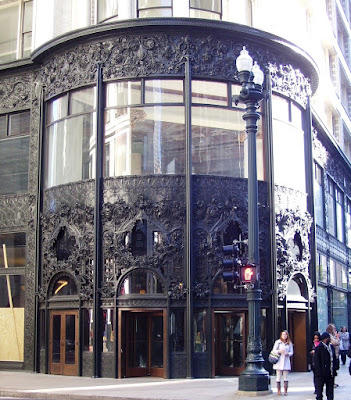 One of the distinctive features is the wrought iron entrance, designed to be visible down both streets and to draw shoppers inside. 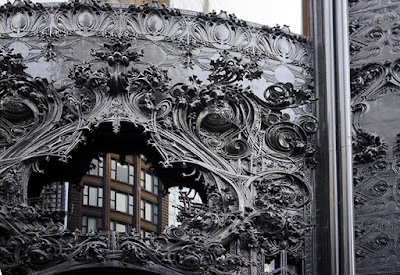 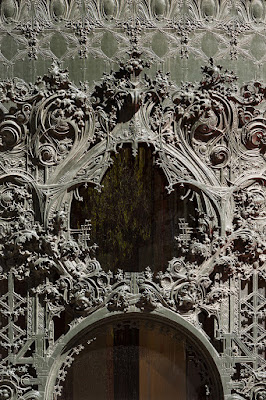 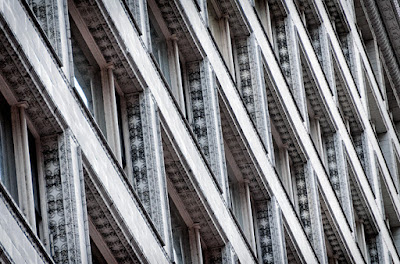 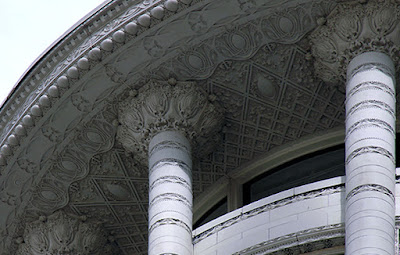 Corniche. This was actually removed at one point but has been reconstructed. 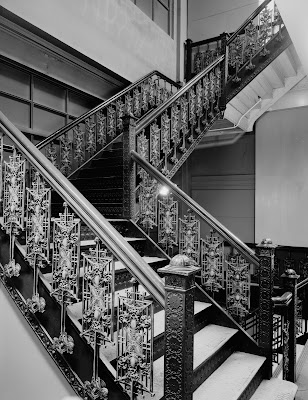