The Spirituality of Casinos 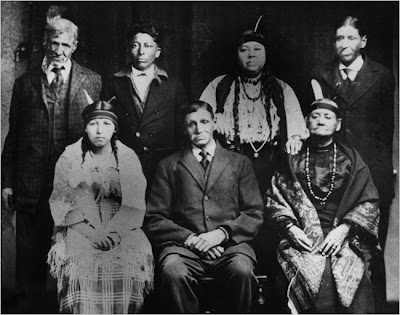 The Obama administration said Tuesday that the Shinnecock Indian Nation of Long Island had met the necessary criteria for federal recognition, signaling the end of a more than 30-year court battle and clearing a path for the tribe to build a casino in New York City or its suburbs.

But then, who can blame them? Thanks to the hypocrisy of New Yorkers, who want to gamble but for some reason don't want to make it legal, the Shinnecocks are now going to get rich. Since they can't really recover their native ways within their 800 acres of Long Island, they might as well cash in on the opportunities they do have.
Posted by John at 7:01 PM