Perfidious Communists and the Paving Stones of Prague 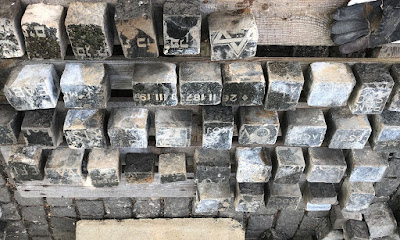 In Prague they have lately been repairing the pavement in Wenceslas Square, one of the main pedestrian spaces in the old city. They discovered that many of the pavers are broken pieces of old Jewish gravestones. They would have been installed in the 1980s, under the communist regime, which was both anti-religious in general and anti-Semitic in particular.


Jewish leaders hailed the unearthing as proof of long-held suspicions that the communist authorities – who ruled the former Czechoslovakia for more than four decades during the cold war – had taken stonework from Jewish burial sites for a much-vaunted pedestrianisation of Wenceslas Square during the 1980s.

“We feel this is a victory for us because until now this was just a rumour. Maybe there were Jewish stones here, but nobody knew,” said Kočí, who had been at Wenceslas Square since early morning to witness the stones being dug up. “It’s important because it’s a matter of truth.

“We are making something right for the historical record. These are stones from the graves of people who were dead for maybe 100 years and now they are lying here. It’s not nice.”

More at The History Blog
Posted by John at 2:07 PM