From Christie's Online Auction of Rocks and Fossils 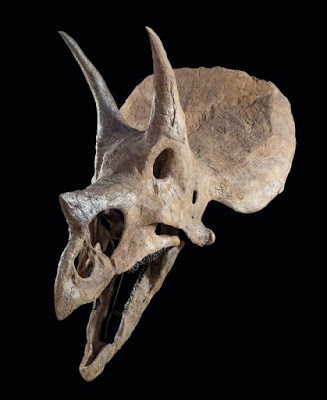 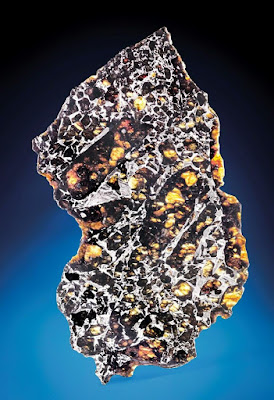 Extraterrestrial peridot, from the Admire meteorite. 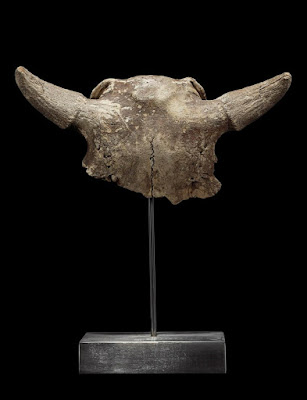 Bison antiquus, c 15,000 years old; this is the native North American bison that went extinct at the end of the Pleistocene, to be replaced by Bison bison. 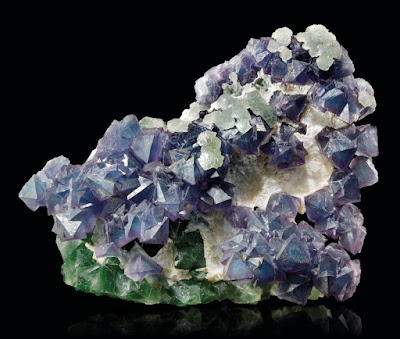 Palm leaves with fish, Eocene, c. 50 million years old. A "composite" formed by placing the fossil fish onto a different layer of the rock with the palm leaf in it. So all real fossils, but arranged by human hands. I wonder what the people who do this call themselves. Fossil artists?

Gogotte, which according to this site


are formed from quartz crystals and calcium carbonate. They were produced when superheated water extruded through crevices into a basin of extremely fine white silicate sand. The water was saturated with calcium carbonate (Limestone). The swirls and eddies of the water were captured in the gradually concreting stone, forming the most wonderful natural sculptures. 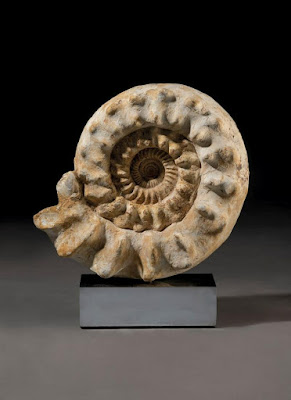