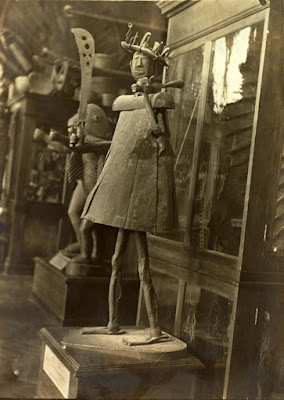 One of the first ethnographic museums in Europe was set up in the Trocadéro palace in Paris, and though it had other, more formal names every called it the Trocadéro or the Troc. These museums grew out of temporary exhibitions of stuff from around the world, which had been a feature of the Grand Expositions the nineteenth century loved so much. Those great fairs often featured whole villages from Africa or the Philippines, or whole blocks lifted from urban streets in the Middle East or India, staffed by natives brought across the sea to act out their exotic ways for visitors. 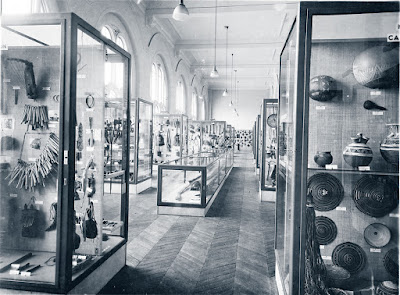 These exhibits occupy an ambiguous place in the history of relations between the West and the rest of the world. On the one hand, they, along with the lectures that accompanied them, were the main way millions of people learned about Africa or Asia, and they displayed works of art from those places as objects of great interest. They were fundamental to the creation of Anthropology as a discipline. Yet they have also been seen, and were in fact seen by some people at the time, as inherently racist and imperialist enterprises that presented everyone else as primitive and therefore justified European domination. 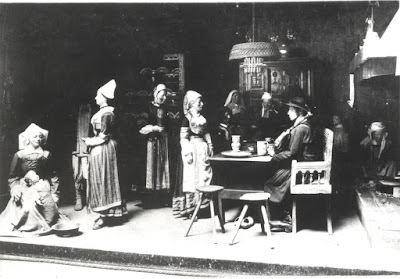 To call them simply racist is, I think, a mistake, because they featured many exhibits about white people. When it opened in 1878 the Trocadero famously included dioramas depicting the lives of Breton peasants, set up in exactly the same way as scenes from Africa or the Amazon. These were created by a couple of Breton professors, and other Bretons were divided in their response; some thought this was neat, while other found it hideously insulting. 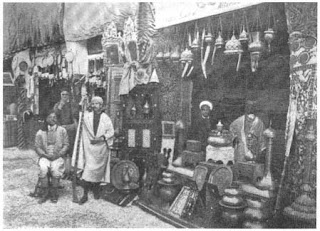 Tunisian market set up in the Trocadero in 1900, with authentic Tunisians

I prefer a different definition of what was going on here, offered by Johannes Fabian. Anthropology, he wrote, is "a science of other men in another tune." Here "another time" does not mean chronology in a simple sense, but a belief that other societies are frozen in the past, or represent earlier stages of human progress. A professor of mine in college once explained the difference between anthropology and sociology by saying, "sociologists study people with refrigerators, and anthropologists study people without refrigerators." Anthropology, then, always has this sense that we are looking at the past in the present. 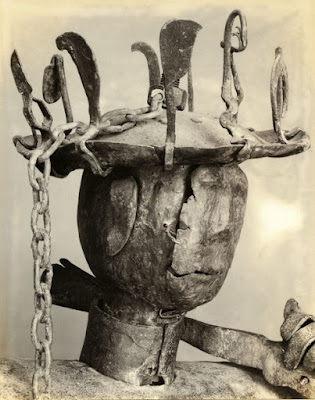 There is a strong element of what we would call "othering": the point of these museums was not to point out human universals but to emphasize the exotic and the strange. 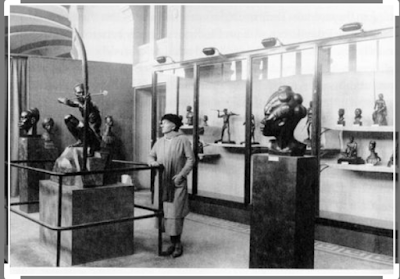 It is also true that many of the objects in these museums came via colonialism and conquest: they were taken from natives, or more often purchased from people whose status had just been bludgeoned by war and found themselves in desperate need of cash. 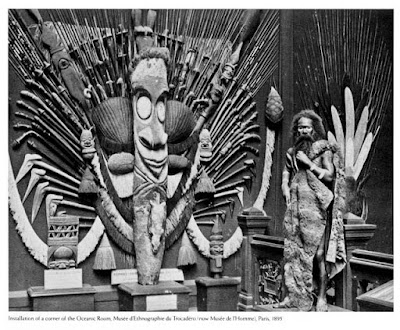 I think, though, that on the whole these museums were a good thing for the world; I believe that in general the whole project of anthropology in the colonial period was a good thing for the world. First, in political terms many of the leading anthropologists of the time were anti-racist and anti-colonialist. That does not mean they were not paternalistic or infused with some vague sense of superiority; they were scientists, after all, studying non-scientific peoples. But they voted against expansionist regimes. Second, I do not believe they were motivated by a desire to prove their own right to rule. Many of them wanted to learn about other cultures because they were dissatisfied with their own; from the time of the ancient Greeks writing about exotic peoples has often been a way of critiquing your own society. Scratch an anthropologist and you often find someone who wants to go to Africa because he or she is disgusted by the capitalist west and desperately seeking an alternative. When people go to India seeking wisdom, some sort of othering or exoticizing is definitely going on, but still; is asking to be taught a colonialist act? I find that in the US today the Euro-Americans who are interested in Native peoples are far more likely to admire them than to scorn them, even though most of their knowledge has come to them via white writers and film-makers or via old-fashioned museums. I find that a desire to know is far more often coupled with good feelings than with hate or scorn. 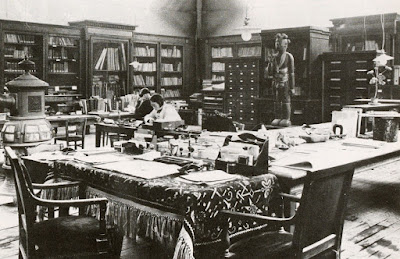 I have a sense that many people around the world are intensely suspicious of curiosity as a motive. It still happens that scientists who journey to remote regions are suspected by the locals of ulterior motives; these strangers can't really be interested in lemurs or fossils or dying languages, they must be after gold or oil. Critics like Edward Said simply deny that any European was interested in other regions apart from a desire to rule and conquer them. Personally, I find this attitude as weird as villagers seem to find detached scientism. Why on earth would I want to conquer and rule anybody, or dig for gold, when I could just enjoy their art and marvel at their unique ways of doing things? 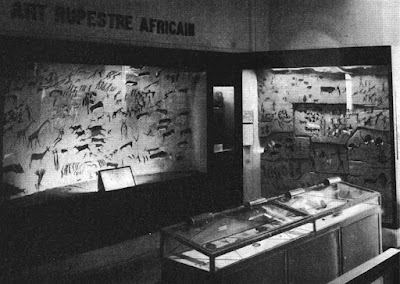 I also deny in the strongest terms the most common argument deployed against traditional anthropology, that it made people think worse of the people whose cultures were depicted. I think we are simply primed by evolution to distrust strangers, and nothing else is needed to explain why some humans hate people from other places. These museums did emphasize the great technological gap between Europe or the US and villagers of Africa or the Amazon, but, well, that was just true. The speed with which the European powers conquered most of Africa astonishes me to this day. It did not take ethnographic museums to show people the vast differences in the level or wealth and power around the world. 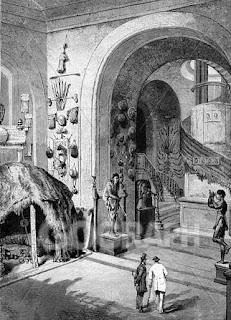 I follow a different approach to the question of how people should get along. I think the way to bring us together is for us to learn about each other. Of course that does not always work, and some people's customs might shock you badly; other times people predisposed to hate will seize on the differences they learn about and build up their hate around them. But I still think this is the best way. To live together in peace, we should strive to understand each other. 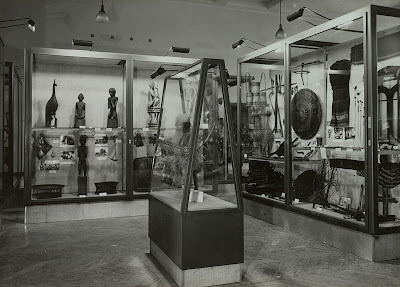 I am motivated, I think, mainly by two desires; to love and be loved, and to learn. For me wanting to learn is at the absolute core of my being, and at the root of all my morality. I do honor to other people by learning as much as I can about them. I do honor to the universe by learning about it; I have no form of worship more profound for me than reading the latest astrophysics and pondering how vast and strange is the universe. I do honor to other cultures by learning as much as I can about them. It is true that the old museums were imperfect schools for this learning, and that they were corrupted by various cultural diseases that were endemic in their time. But they helped us get to know each other, and for me that will always be one of the best and most valuable things.
Posted by John at 11:02 AM