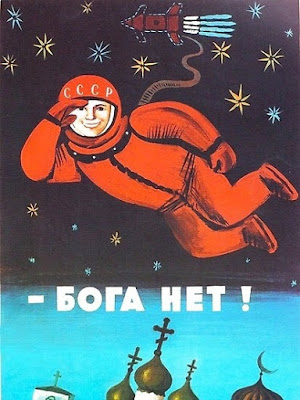 Warrior women of the Xiongnu, with the oldest surviving version of the Mulan story. (A female warrior in resolutely sexist China seems unlikely, so many historians think the story originally came from the steppes, where occasional warrior women are well documented.)

The Antonine Plague of AD 165, which probably marked the arrival of smallpox in the west.

Abu Dhabi is building what will be the world's cheapest solar farm, with a projected cost of 1.35 cents per kilowatt hour, less than a quarter of what coal power costs.

Wonderful photographs by Albert Dros of Holland's tulip gardens with no people.

I've been enjoying videos from the PBS science series Space Time, with Matt O'Dowd (or the YouTube channel here). Each is 10 to 15 minutes, which I find a great length for a dose of mind-bending physics.

Intelligent review of The Mirror and the Light, less positive than mine.

The Cassandra of Covid-19 thinks we are in for a long, hard road, three more years at least. (NY Times)

Some colleges are coming up with plans to re-open in the Fall.

Argument that Tesla is the General Electric of the 21st century.

A microfungus has been discovered that seems to protect mosquitoes from malaria; trying to figure out now how to spread it.

More on the US Marines buying lots of missiles as part of our accelerating missile rivalry with China.

Fairly technical explanation of how a CRISPR test for a virus works. Very impressive if you're into this sort of thing.
Posted by John at 6:01 AM

Seems pretty straightforward to me.

The Soviets had a long history of atheism and anti-religious movements despite never outright outlawing religion, and placed great emphasis on being "modern" and rationally enlightened. Putting a cosmonaut into space clearly contradicts traditional views of heaven being a literal place situated in the sky above us, while simultaneously demonstrating the power of science and engineering.

Looking a little deeper into this particular poster's history, it appears it directly references a specific cosmonaut, Gherman Titov, who was famous for his atheism, and who was the second person to orbit the earth, after Yuri Gagarin.

Even more specifically, the poster is alluding to statements that Titov made at the 1962 World's Fair in Seattle.

When reporters asked how his time in space had affected his outlook on life, he (in)famously answered: "Sometimes people are saying that God is out there. I was looking around attentively all day but I didn’t find anybody there. I saw neither angels nor God. Up until the orbital flight of Major Gagarin, no god was helping make the rocket. The rocket was made certainly by our people and the flight was carried out by man. So I don’t believe in God. I believe in man -- in his strengths, his possibilities, and his reason."

This deeply shocked and offended many Americans of the day - Titov went from being a celebrated space pioneer admired by the people and the media alike, to being a reviled "godless communist" pariah who was the routine subject of condemnation.