A Driving Tour of Ammergau 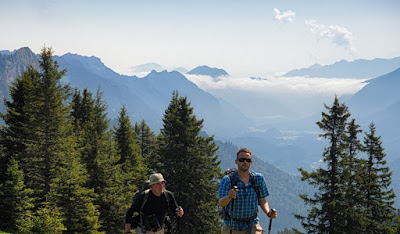 The Ammergau Alps are a lovely range of forested mountains that straddle the boundary of Germany and Austria. Some of the most famous sites in Bavaria are here, and we can reach several of them in one day's drive. This is one place I have actually been, so I have some personal observations to make besides my usual internet discoveries. 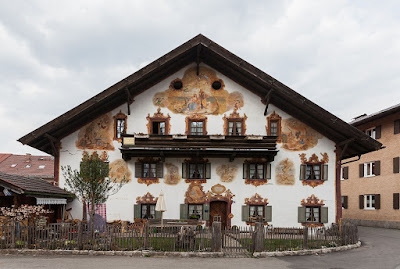 We begin at the eastern end of the mountains, in the famous twin villages of Unterammergau and Oberammergau. These two place names spawned an old German tongue twister, which goes 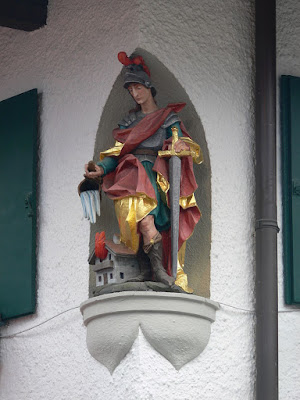 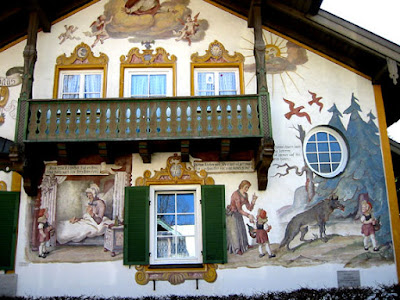 Both towns are known for the paintings on their houses, some fairy tales but mostly religious scenes; this is one of the most Catholic places in Europe. 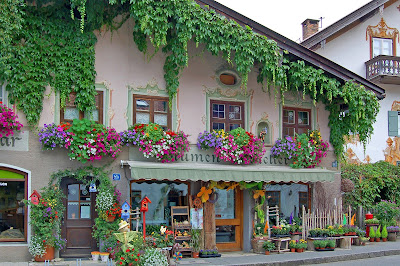 And in the summer for flowers. 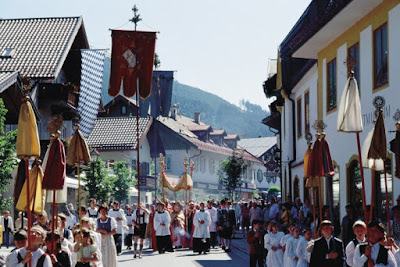 Oberammergau is most famous for its Passion Play, performed every decade since 1634. The story is that the town was threatened by the plague and the residents made a vow to perform the play every decade if they were spared; they were, and so the tradition began. Some sources call this a "legend" but actually it is as well attested as most facts about the 17th century. The play was cancelled twice, due to another plague and World War II, and postponed several other times, including this year's, which was put off until 2022. 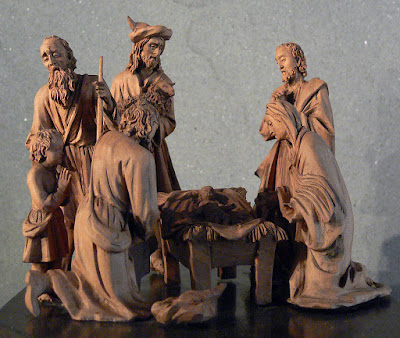 Bavaria was long a center of lime wood carving, and both towns have famous examples. 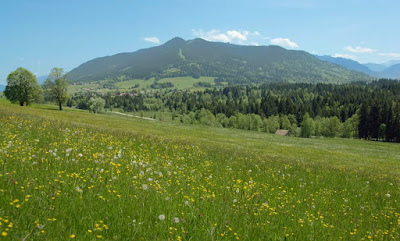 From Oberammergau we turn west up the valley of the Ammer River, into a land of beautiful scenery, lovely old farms, and many wild places. Among the things you can do here is walk an 87-kilometer (53-mile) Meditation Trail, along which are "15 diverse stations including lonely chapels, crosses, and natural wonders." 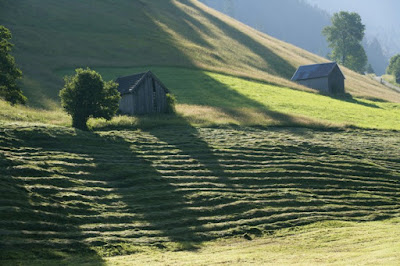 You can do this alone – "a journey into yourself," the government web sites says – or  take a guided pilgrimage with a spiritual leader. I have been told that the guided version comes in two flavors, the Catholic and the New Age. 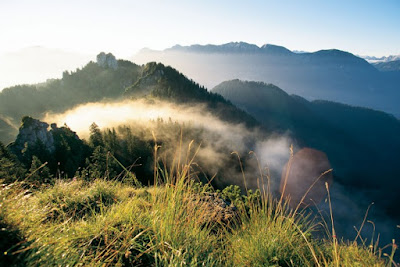 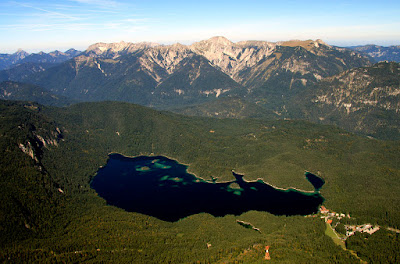 Or you can just marvel at the beauty of it all. 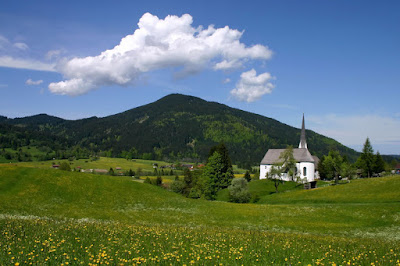 The Kappelkirch, or Chapel, near Unterammergau where the pilgrimage begins. This was built on a site where a holy man from the Welf family set up a hermitage in the 9th century. The Welfs were one of the top aristocratic families of Carolingian Germany, and Google Translate renders their name "elf," thus, "a hermit from the family of the elves." How the holy hermit would have hated that. Actually the name means "cub," related to "whelp," so how that led to "elf" is something of a mystery. I mean, the German word for elf is "elf." 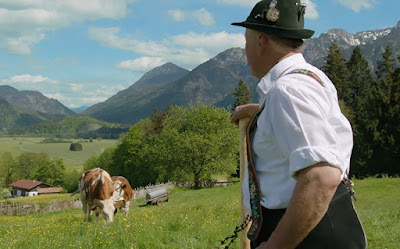 This fellow appears in the Bavarian state tourist bureau's video, but you may in fact encounter people dressed like this. When I was there I ran into more than a hundred members of a hiking club from Munich, all decked head to toe in Bavarian costume, the women out hiking in those voluminous dresses. 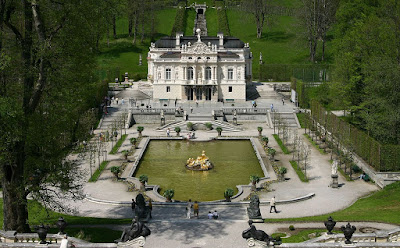 An hour up the valley we come to our first cultural marvel, Schloss Linderhof. This is one of the palaces built by Mad King Ludwig, who reigned from 1864 to 1886. 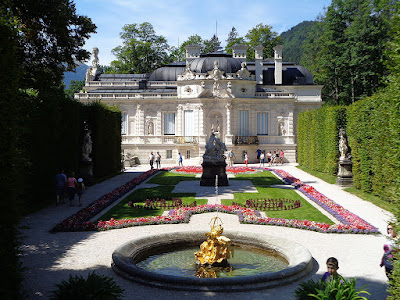 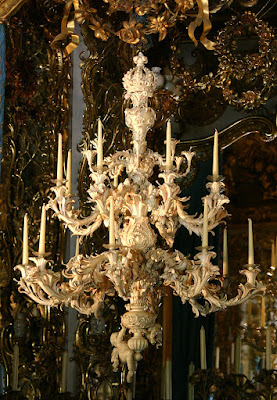 The palace is faux Baroque in every detail, except for the up-to-date lighting and plumbing, which is my idea of a perfect castle. 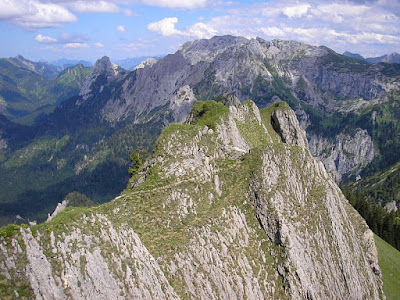 From there we cross over the high mountains into Austria 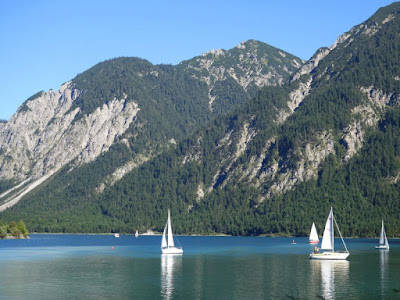 Coming down by the Plansee, a wonderful Tyrolese lake. 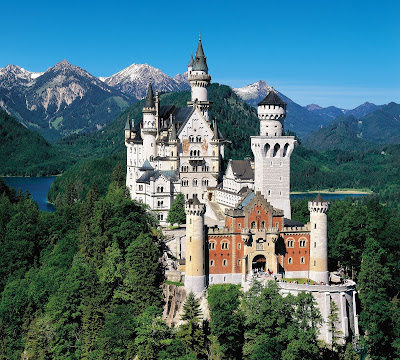 From there we cross back into Germany and come to the climax of our journey, Neuschwanstein. 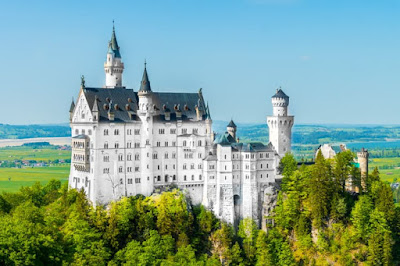 Here is the most perfect of fairytale castles. It awed even my cynical young self; no quantity of pictures you have seen can prepare you for the stunning impression of the real thing. It is one of those wonders that cannot be spoiled. You think, it can't be real, it doesn't really look like that. But it does, only better., 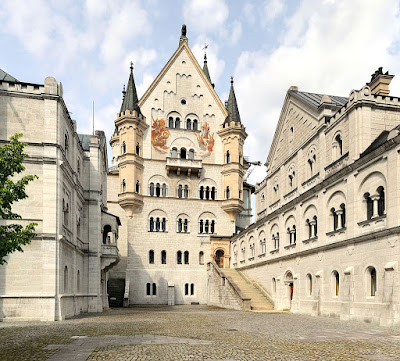 Sadly there isn't much to see inside, since the furniture was taken and sold to pay for some foolish war. By Ludwig's enemies, who thought the money he spent on palaces was a waste. But really he was one of Bavaria's greatest benefactors, his creations paying for themselves over and over in beauty and tourist revenue, while the Austrian-Prussian War is scarcely remembered even by historians. 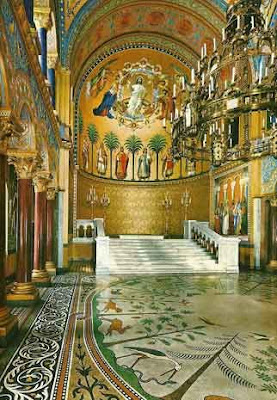 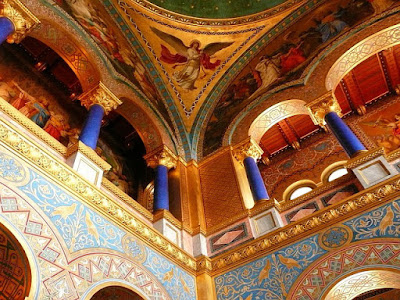 But even without furniture the great hall is impressive. 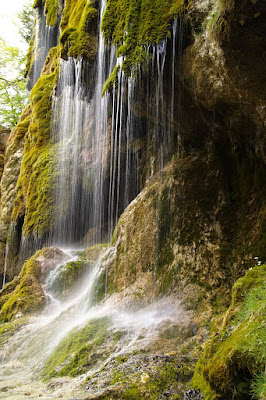 From here we probably head back north toward Munich or some other great modern city, but with memories of peaceful valleys and Mad Ludwig's marvels in our minds. 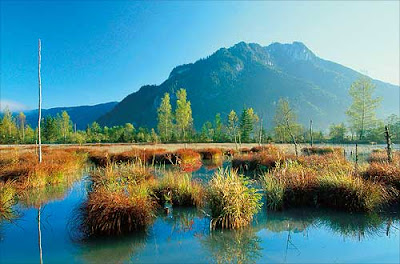