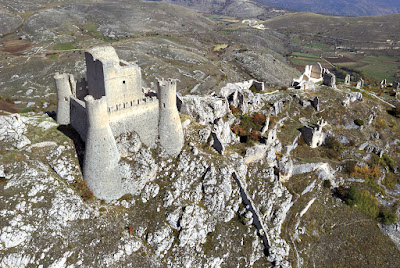 Rocca Calascio is a famous fortress in Abruzzo, Italy, not far from the town of Santo Stefano di Sessanio. 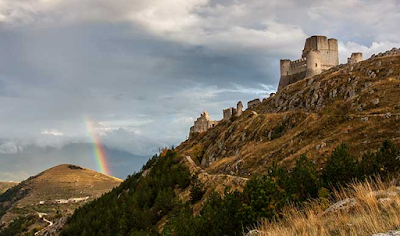 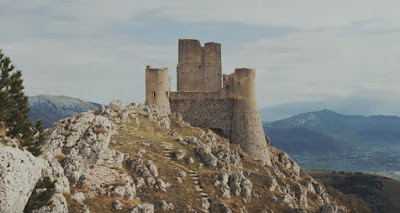 The first fortress here was a watch tower built in the 10th century. So far as anyone knows, this was always just a fortress, not the residence of anyone important. 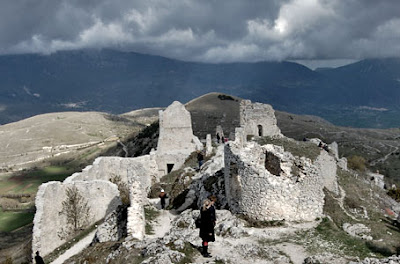 The basic structure of the current fortress dates to the 14th century, built by Leonello de Acclozemora. 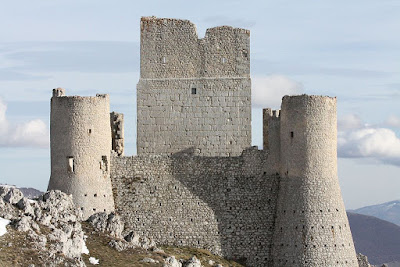 But it was added to in later centuries and took its final form under the Medici in the late 1500s. According to some accounts you can date the different periods of building by looking closely at the size and shape of the stones. Thus the lower portion of the keep, where the stones are large and carefully squared, dates to the 14th century, the upper portion with its smaller stones to the 15th or 16th century. 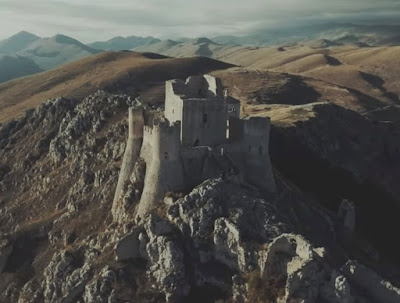 The castle was badly damaged by an earthquake in 1703 and abandoned. 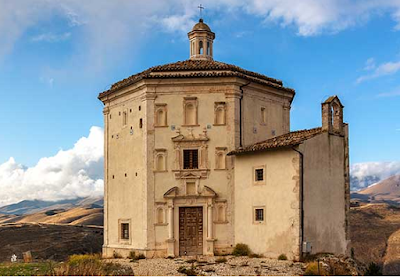 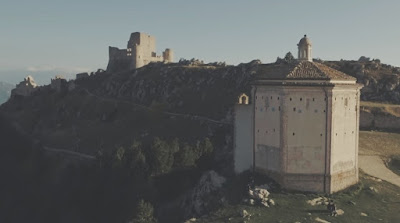 Nearby is a 17th-century octagonal church, Santa Maria del People who have been there recommend approaching by way of a 5-mile walk over the ridge, not straight up from the parking lot. You can enlarge these photos to get an idea of the scenery, which looks like a great setting for a hike.
Posted by John at 7:51 PM