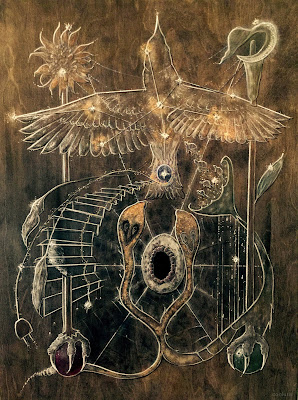 Richard Cooluris is such a new and obscure artist that I can't find out anything about him online. He shows his work at a semi-pro collective called East Bay Open Studios, where he has posted this line:


I draw out the shapes and patterns in the stars. I create precise portraits of the night sky, then allow life-forms to emerge from these constellations. 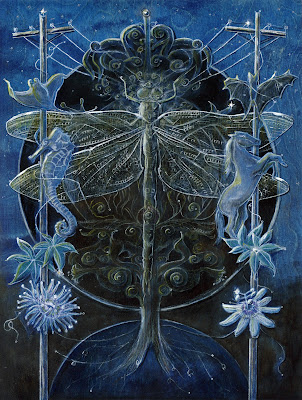 There is a Richard Cooluris who is a successful art director for various tech firms, whose resume boasts that he has done the art direction for many apps, including one that is the best seller in 90 countries. I am guessing that they are the same person. Both live in Oakland, and these paintings suggest a tech background to me. But the art director's resume says nothing about his paintings, and I can't find any sort of bio for the painter, so this remains a guess. (Tree of Life, 2016) 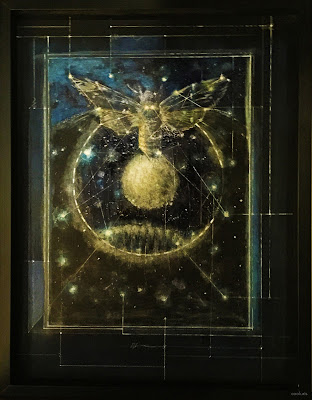 I discovered Cooluris from a great art Tumblr called The Curve in the Line, and I wonder if the anonymous creator of the Tumblr is a friend. Or even the same person? (Death's Head, 2015) 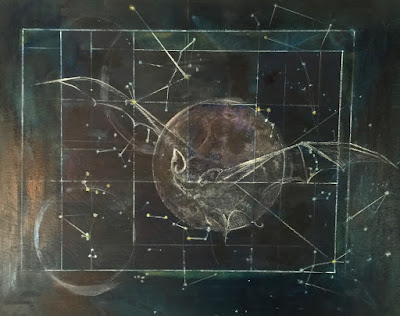 So, a mystery. And I have to say that I am getting a hipster thrill from discovering an artist before he even has an instagram devoted to his work, or a wikipedia page. (Perseus and the Bat, 2016) 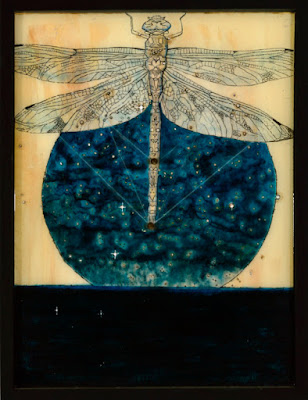 These are mixed media paintings on wood panels. I think some of them are great, especially one at the top of the post. (Polaris and Vega, 2016) 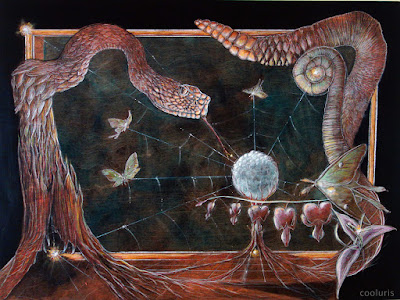 So if you're in Oakland and you like these you might consider popping over to the next East Bay Open Studios event and see how much these cost, before he gets famous. (A Rattlesnake Will Eat the Moon, 2016.) 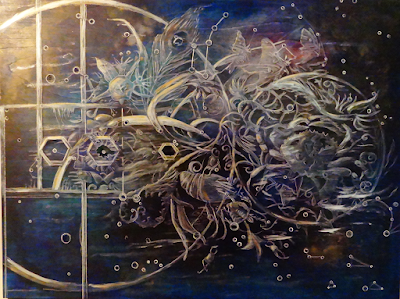