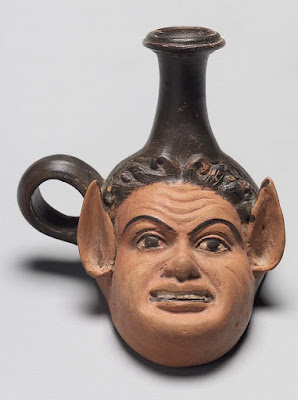 Images of some hideous or grotesque images from the classical world. Above, terracotta lamp filler depicting a satyr, from south Italy, 4th century BC, now in the MFA, Boston. 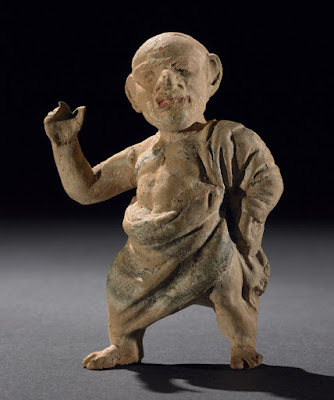 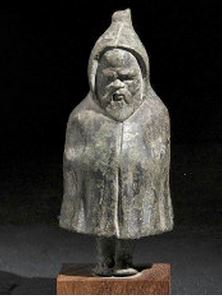 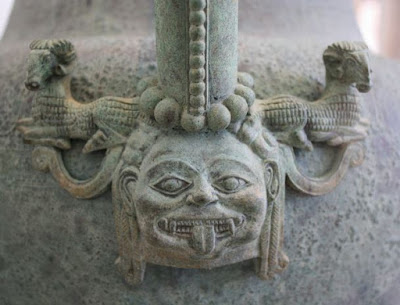 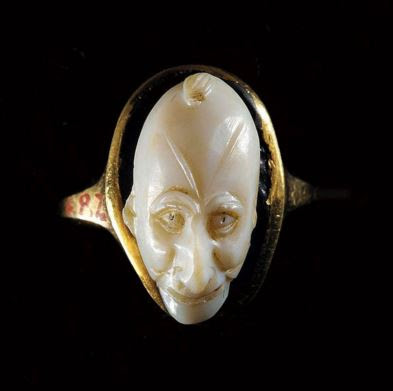 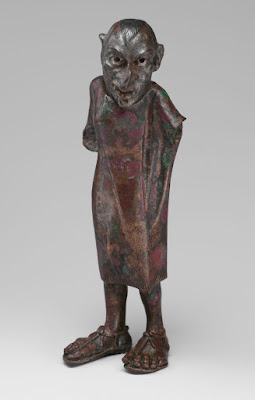 This is in the Met, but they really have no idea what it is. Grotesque? Caricature of a philosopher? Hellenistic? Roman? 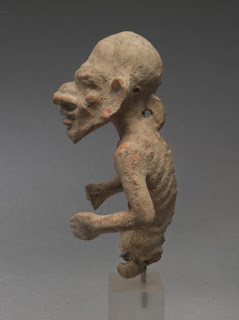 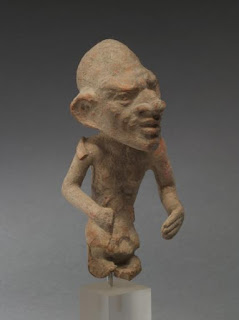 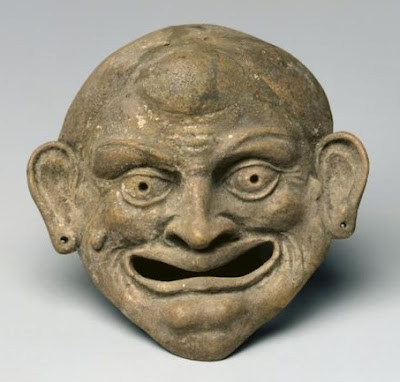 Theater mask, now in the Cleveland Museum of Art. 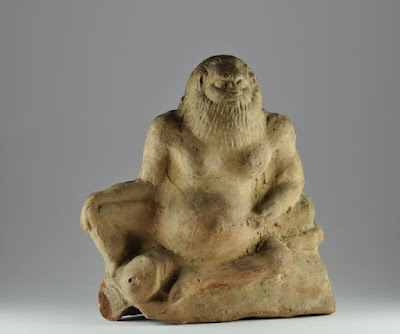 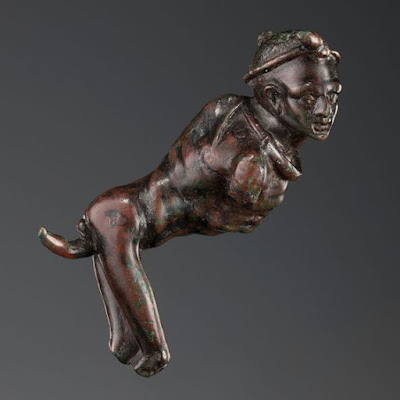 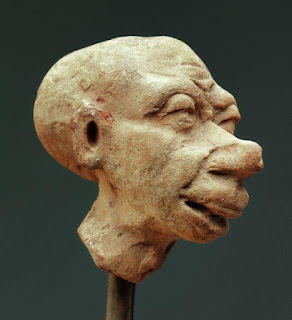 Hellenistic grotesque, now in the Museum of Fine Arts in Budapest. 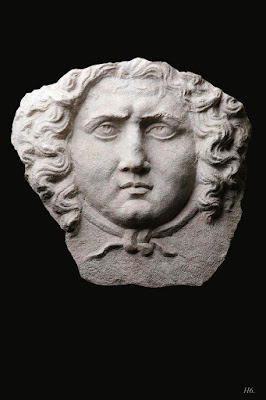 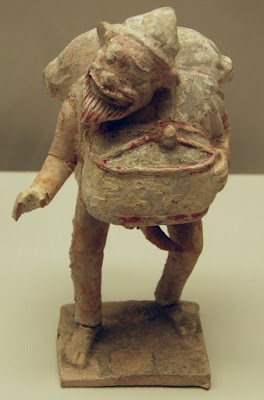 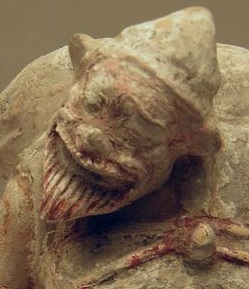 And another Hellenistic work, this one in Munich.
Posted by John at 8:56 PM

Silenus? Those are both dead ringers for late-life Orson Welles!