Lines in the Desert 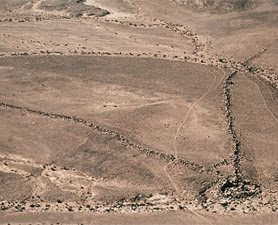 British RAF pilots in the early 20th century were the first to spot the strange kite-like lines on the deserts of Israel, Jordan and Egypt from the air and wonder about their origins. The lines are low, stone walls, usually found as angled pairs, that begin far apart and converge at circular pits. In some places in Jordan the lines formed chains up to 40 miles long.

A new study of 16 of what are called desert kites in the eastern Sinai Desert confirms what many researchers have long suspected: The walls form large funnels to direct gazelle and other large game animals into killing pits. What's more, the kites are between 2,300 and 2,400-years-old, were abandoned about 2,200 years ago and are just the right size to have worked on local gazelles and other hooved game. 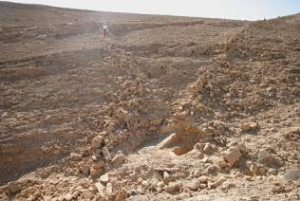