I was just loaned a copy of a little self-published book by an amateur archaeologist from West Virginia named Robert Pyle, documenting his career. It is full of grainy, black and white photographs of weird and wonderful objects dug up or found in the Mountain State. Like this stone head, found in a "remote, wooded area", origin unknown: 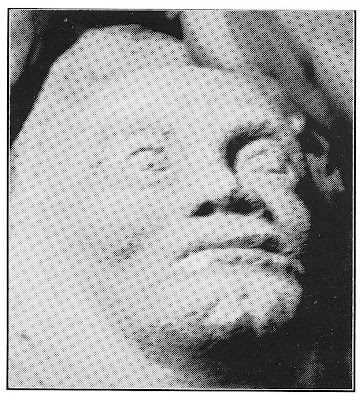 Or this stone pendant, probably dating to around AD 900. 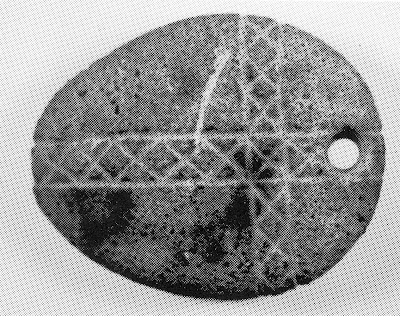 Or this bear, found "wedged in a ledge of a rock shelter": 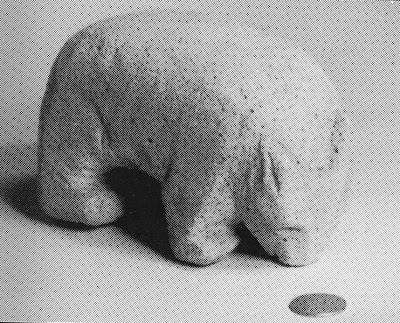 The author and his digging buddies are into "runestones" and other proofs of ancient Irish settlement in the Americas. One of these was the "Kenova Runestone" (below), which was the focus of a lot of speculation and a couple of mystical translations before somebody pointed out that it says "Roger Cunningham." Apparently a young Celtic enthusiast just learning runes carved his name into the stone and then forgot about it.

It's a fascinating look into the minds and attics of avocational archaeologists, where enthusiasm for the mystery of the past runs strong and pure.
Posted by John at 1:26 PM