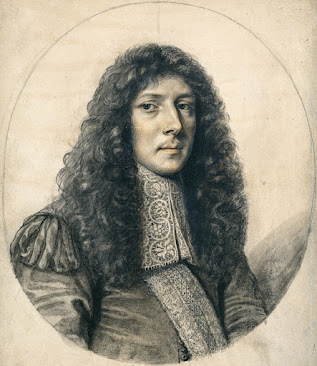 John Aubrey (1626-1697) was an ordinary sort of English gentleman with more breeding than money. He was no genius, and not really a great scholar, but he was intelligent and energetic enough to be welcomed in the society of his age's best minds. He was friends with people like Cristopher Wren, Thomas Hobbes, William Harvey, and Robert Boyle. He was a member of the Royal Society in its glory days, when Boyle, Hooke, Newton and others were making great advances in science and even greater advances in methods of publishing and verifying scientific discoveries from across Europe. His age was one of civil war and generally great political turmoil. Aubrey mostly tried to stay out of the fray, but he saw many of his friends ruined for their parts in England's conflicts, and a few killed in battles.

We remember John Aubrey as an antiquary and one of England's first historic preservationists. To me the most striking thing about Ruth Scurr's 2015 biography was how she brings out the frantic struggle Aubrey and some of his friends waged to keep the remains of England's past from being destroyed. Aubrey was the first intellectual to take note of the great megalithic monument at Avebury, which was being quarried for stone even as he tried to measure its dimensions. He eventually got King Charles II to issue an order preserving the site from quarrying, probably Aubrey's single most important achievement. But this was only one site among thousands that Aubrey worried about. He made the first accurate survey of Stonehenge, and one of the monument's features is still called the Aubrey Holes after him. England's monasteries had been dissolved a century earlier, and in Aubrey's time monastic ruins were fast disappearing under the assaults of time and looting. He studied and drew many now-vanished buildings, and his studies allowed to him to develop the first scheme for dating ecclesiastical buildings from the shape of their windows. (The forerunner of our Saxon-Norman/Romanesque-Gothic model.) The books and manuscripts from those monasteries had been scattered to the winds, and Aubrey repeatedly found pages of rare manuscripts being used by butchers to wrap meat or soldiers to stuff their canons. I sometimes find my contemporaries a little batty in their efforts to preserve everything, but their anxiety about loss is a small thing compared to Aubrey's.

Aubrey and his friends were all collectors, and they worried a great deal about what would happen to their collections when they died. Valuable artifacts had traditionally been preserved in the treasuries of royal and noble families, but in the 17th century many of Europe's greatest families were ruined, and their possessions dispersed. The solution Aubrey's circle hit on was to build some of the first modern museums. These were endowed institutions modeled on the colleges of Oxford and Cambridge where precious manuscripts, books, and artifacts could have a permanent home. Aubrey helped to found the Ashmolean Museum at Oxford, and some of the rarities he collected ended up there. I mention this because modern museums are suffering from a crisis of conscience and wonder what they are for, and what their part is in perpetuating injustices; but imagine how much would have been lost if those great museums had not been built and funded to save what could be saved from the destructive march of history.

Aubrey was equally involved in preserving folklore, and he assembled (but never published) a compendium of sayings, tales and rituals that he thought were remnants of pre-Christian Britain. You will often read that the rise of science was accompanied by great contempt toward the wisdom of ordinary people, especially ordinary women, and certainly that happened; early modern doctors in particular spent a lot of time railing against village hags and their supposed cures. But the age also birthed men like Aubrey who delighted in nothing more than listening to old people describe the ways they celebrated Christmas in their youth, or tell their local ghost stories. Aubrey eagerly discussed the properties of herbs with unlettered women, and on more than one occasion he recommended to one of this friends a treatment he learned of in this way. 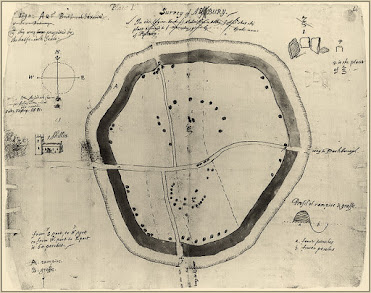 Let me mention two more things about Aubrey's life that especially struck me. First, the weirdness of money under the Old Regime. Noble families were all wealthy, at least compared to everyone else. But on the other hand they were very often bankrupt. Aubrey was a case in point; the houses and lands he inherited from his father were so encumbered by debts that he eventually lost everything. He spent years hiding from bailiffs who wanted to clap him in debtor's prison. This was partly because he was, as a friend put it, "Shiftless, roving and magotie-headed," more interested in drawing monastic ruins than estate management. But it was a constant theme of life in the period; Aubrey spent a great deal of time persuading his friends to donate their books to Oxford or Cambridge before they died, since many of their estates were also so debt-ridden that their possessions would probably have to be sold.

But of course even when broke Aubrey remained a member of the gentry. He continued to rent rooms in London, frequent coffee houses, attend the Royal Society, travel extensively. With no income, how did he do it? Scurr was able to figure a little of this out, using memoranda in which Aubrey recorded money lent to him by friends, and also sales of the books he had inherited or bought while young. But the sums we can account for don't add up to a living, and the memoranda also note that some of his debts were eventually repaid. How? One meets similar people in 19th-century novels from both England and Russia, noble characters who traipse through a glittering life while complaining that they have not a penny to their names. Some of it seems to be outright fraud, especially perpetrated against tailors, dressmakers, and innkeepers. (Thackeray's Vanity Fair has much of this). Some of it is simply camping for extended periods with your wealthy relatives; Aubrey spent much of his old age as the house guest of his cousin Sir John Aubrey. And then there was the way other members of the elite offered their friends opportunities; Aubrey was at various times offered the chance to take up land in both Barbados and Pennsylvania, but he didn't want to cross the ocean and lacked the acumen to profit from these grants from afar. One of  Thackeray's or Tolstoy's rogues would have found a way to turn those distant lands into cash.

And yet some people did have great wealth. This was absolutely not simply from owning land; as Europe commercialized, rents from average farm land declined steeply. Some land, such as that on the outskirts of growing cities, or with good coal fields or quarries, did provide a good income, but the average gentry family was simply getting by. Real money came from investments, for example in new housing developments on the edges of cities, or, especially, from holding office. Investments had the problem that they could go bad and ruin their investors; several English noble families were ruined by their attempts to build canals. Holding office was the real route to riches. Some of the viciousness of politics in this era came from the simple fact that the holders of great royal offices were enriched to a staggering degree, even compared to their aristocratic peers, while those who lost out often faded into obscurity and (comparative) penury.

But even knowing as much about the economics of life in this period as I do, I still find the operations of money mysterious, and wonder how people – especially naifs like John Aubrey – managed to survive. And that's before we get into questions like how factory workers survived when the mills sometimes shut down for months at a time, or how peasants got by in years when the harvest failed. Some just died, but most did not, and none of it makes much sense to me. I have to imagine that it was possible to live without money because much less of the economy was handled by cash. Much work was done for food, or food and shelter. Goods were often exchanged by barter, and used items retained much more of their value than they do now, so households could subsist by trading (say) blankets for food. A gentry household could raise much of its own food, brew its own beer, and so on. And yet the sources don't really show us this; how people got along in tough times is one of the things nobody thought to write down. 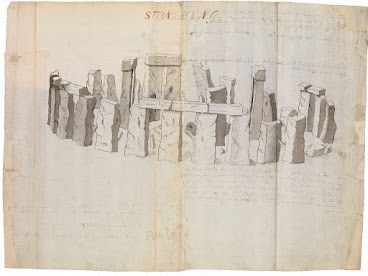 Second, the porous boundaries of science in its early stages. As I said, Aubrey was a member of the Royal Society when its leading members were discovering the properties of air and the equations of gravity. Yet most of the papers he presented concerned the properties of England's healing spring waters. He collected samples of water and evaporated them, displaying the resulting mineral residues so the assembled scholars could discuss the smell of each and speculate about what diseases each would treat best. These accounts read like scenes from the comedic plays that mocked the pretensions of intellectuals; you can readily imagine an actor dramatically sniffing a retort and saying, "I detect sulfur with undertones of lime, so this should be superb for treating gout or calming shrewish wives," while the audience hoots.

From our perspective much of it is ridiculous. They were trying, but they were starting from such a small and error-ridden base of knowledge that their efforts were mostly vain. One of the many excellent little notices of intellectual life in Scurr's book is this one:

I visited Sir Christopher Wren again with Mr. Hook and Mr. Hill. We talked about petrifications of bodies, about plaisters, about framing glass, staining marble, filligreen sodering with bran, about printing stuffs and gilding stuffs, and about ghosts and spirits. (258)

The most important thing that happened in science before around 1850 was not any particular scientific discovery, but the discovery of what science is.

Ruth Scurr's book takes the form of a largely imaginary diary. I was not impressed by this experiment, which was tedious to read, although maybe in the end it did help immerse me in the 17th century. But John Aubrey was a very interesting citizen of a time I find fascinating, so I enjoyed My Life even while thinking a more standard biography would have worked better.