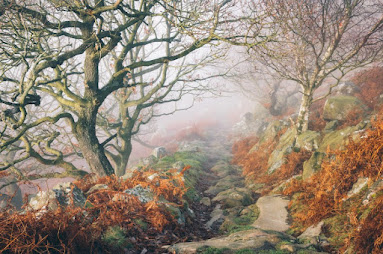 India's total fertility has dropped below replacement. Last year it was 2.0 overall and only 1.6 in the cities. (Washington Post)

The virtues of a carbon tax, which sadly we are never going to get.

Sailcargo, Inc. is building a sailing ship that they hope will be the first of a fleet of emissions-free cargo transports. So one day your local co-op will be selling organic, fair trade, rain forest friendly coffee that has crossed the ocean by sailing ship. More seriously, high-tech sails that can supplement the power of big cargo ships may really be on the horizon.

"Plunge party": some evangelical churches are staging baptisms of teenagers as spectacles, with rock bands and customized t-shirts; one church rents a water park.

People like to pretend that Machu Picchu is mysterious, but there really isn't any mystery about it. If you want an Inca mystery check out the Stone Depressions of Moray, very strange terraced pits that look a little like amphitheaters. The best guess now is that they were a sort of agricultural test station. (Atlas Obscura, wikipedia)

The 59 stone penises of Hadrian's Wall.

Something I always wondered about: for the most part, recipes are not protected by copyright law, and you can't get in trouble for copying them without credit. (NY Times)

A French dictionary included the non-binary pronoun "iel" in its online edition and furor ensued over American "wokeism."

Elizabeth Samet thinks the mythology of World War II as "the good war" has made it easier for American leaders to drag us into bad ones, and she is on a mission to remind everyone of how complicated and sometimes bad the war was. Here's a review of her new book at the NY Times. Someone else could equally well argue that Samet's de-glorification of WW II is just a transparent attempt to keep the US from fighting any more wars, no matter how necessary they might be. I think that US and Soviet leaders knew perfectly well how bad the war was, and that this memory helped them avoid fighting each other.

Plans have been announced for a floating city off Busan, South Korea; designer Oceanix thinks this is how we will replace coastal cities drowned by sea level rise.

Historian Richard White argues that the transcontinental railroads were a corrupt, government-financed boondoggle, not any kind of triumph for anybody.

A camera the size of a grain of salt.

The 3.66-million-year-old Laetoli A footprints are likely from an unknown hominin, not a bear.

Why do people with mental health problems suffer worse from Covid-19?

The islands with two much power: 5-minute video about the Orkneys, where constant winds, big tides and a small population mean they generate far more renewable electricity than they can use. As a result they are switching rapidly to electric vehicles etc.

The Phoebus Cartel, an association of the world's five biggest lightbulb makers, conspired to reduce the lifespan of lightbulbs and therefore increase sales; it lasted from 1925 to 1939 and reduced average lightbulb lifespan from nearly 2500 hours to under 1200. (wikipedia, 17-minute video)

Newly discovered exoplanet is about half the size of earth and appears to be all iron. (NY Times)

Someone else could equally well argue that Samet's de-glorification of WW II is just a transparent attempt to keep the US from fighting any more wars, no matter how necessary they might be.

Such a someone would have to ignore the fact that no US war since WWII has been necessary.

The Phoebus Cartel, an association of the world's five biggest lightbulb makers, conspired to reduce the lifespan of lightbulbs and therefore increase sales; it lasted from 1925 to 1939 and reduced average lightbulb lifespan from nearly 2500 hours to under 1200. (wikipedia, 17-minute video)

And no one ever went to jail, and no laws were ever passed to prevent this sort of thing happening again in the future, and most people have never heard about this, and many of those who have simply shrug their shoulders and don't care.

"Do you know that you're one of the few predator species that preys even on itself?" - General Trelane, Star Trek