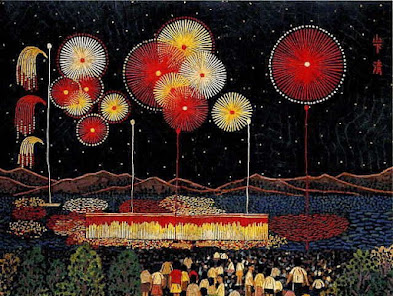 At the age of three, he suffered an acute abdominal disorder which, although not life-threatening, left him with a mild speech impediment and some neurological damage.

At elementary school, Yamashita was the victim of bullying and on one occasion wounded a classmate with a knife. Because of this, his parents decided to move him to the Yahata institution for the mentally handicapped in Ichikawa, Chiba. His IQ was measured at 68. It was here he started to experiment using torn pieces of paper to create pictures. His talent was recognized by mental health expert Ryuzaburo Shikiba, who organized an exhibition of Yamashita's work in Osaka which received wide praise.

Tiring of life at the institution, and in order to avoid the mandatory physical examination for recruitment into the Imperial Japanese Army, Yamashita ran away in 1940 to start his wandering around Japan, which would last until 1954.

At the age of 21, staff from the institution found him helping in a restaurant and forced him to take the recruitment exam. Eventually he was considered exempt from service. The events from this time were recorded in his “Wandering Diary” of 1956, and the most popular image of Yamashita travelling alone through the country with his rucksack comes from this period. 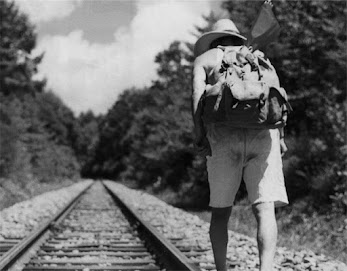 Picture of Yamashita in his rucksack days. That he got somewhat famous for his wandering life as an escaped mental patient confirms something I figured out after reading a lot of Haruki Murakami. While most Japanese live in careful conformity with social expectations, many of them are fascinated by people who throw it all over and become vagabonds or hermits. 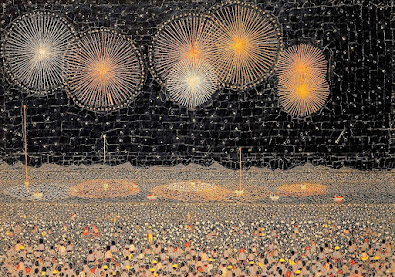 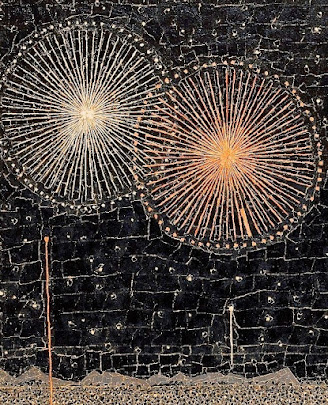 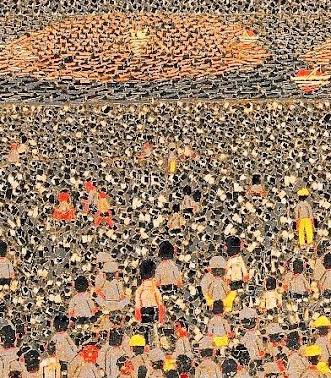 Yamashita used a technique called in Japan chigiri-e, which is gluing together pieces of colored paper together. The examples I have seen are mostly landscapes and fireworks displays. The only large image I found was the one I reproduce above, with details to show the method. 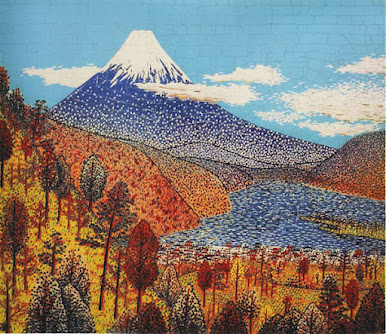 You're not a real Japanese artist without at least one rendering of Mt. Fuji. Or at least that used to be true, and the point when it ceased to be so probably marks some kind of major turning point. 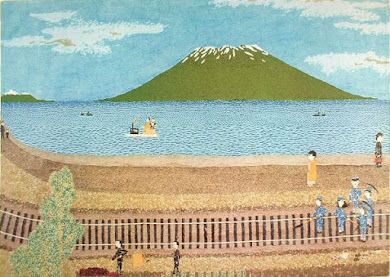 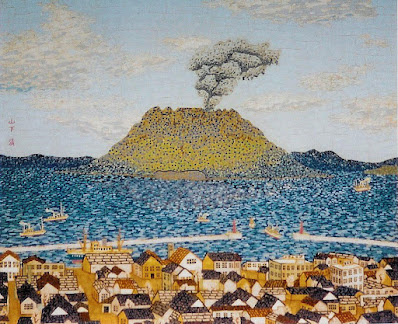 I think these are nice, and I find both Yamashita and his status within Japanese culture interesting, so I happily share here the work of this true outsider artist. 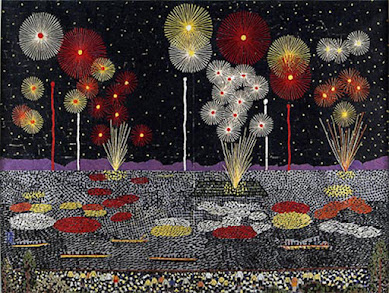