A Walk in Rome 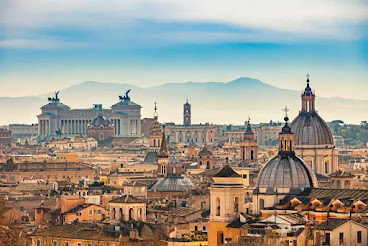 The walk I regularly take in the woods by my house covers about a mile and a half, or 2.4 km. It's a pleasant walk and I regularly see woodpeckers and deer. But I wonder, how much could I see if I took a walk of the same length in Rome? 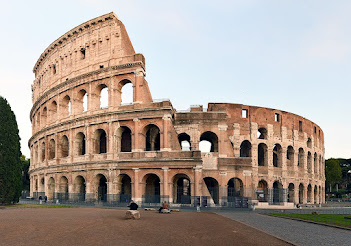 Our walk will start at the Colosseum Metro Station. We're just going to skirt the exterior of this famous monument, since I'm not in the mood to have a tour guide tell me questionable stories about gladiators. 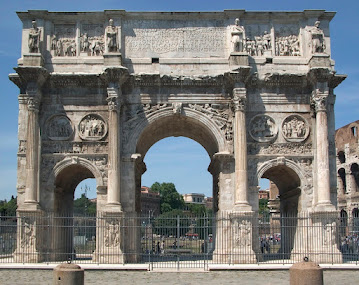 Instead we will walk past the Arch of Constantine 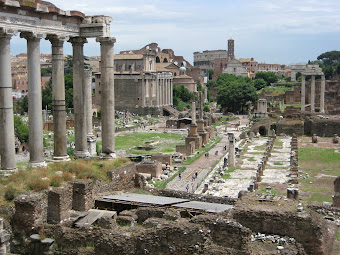 And into the Roman Forum. 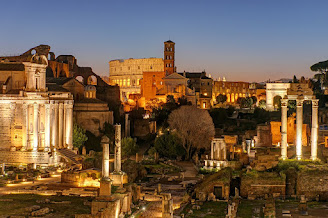 Now it has to be said that the Forum is now a mess of ruins and Christian churches, overrun with tourists. And yet. This is the place where so much happened. Going back nearly 2500 years, we can name men who spoke here, and reargue their debates. If you went here with me you would have to listen to me recite all of Cicero's Pro Milone that I can remember. Not that I have any special love for Cicero, and Milo was a thug, but I learned those words, from a man who spoke here a hundred times, more than 2,000 years ago. It chills me so much to be where so much happened so long ago that I am probably going to get choked up, and you're going to have to bear with me for a while. 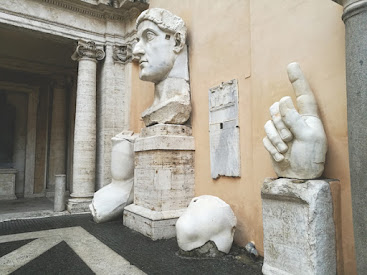 At the far end of the Forum is the Capitoline Museum, one of the world's great collections of broken Roman things. And also plenty of more or less intact ones. 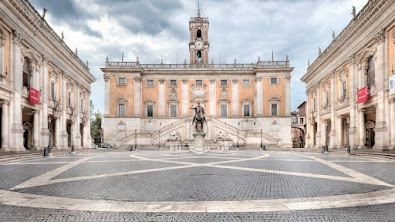 And here's the thing about Rome: the density of famous monuments of so great that you can hardly tell where one ends and the next begins. Because the plaza in front of the Capitoline Museum was designed by Michelangelo. 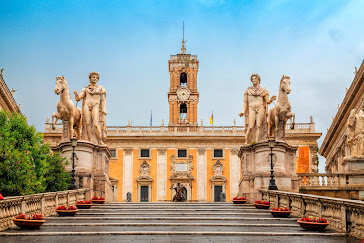 This is actually the farthest point we reach from our base; now we turn and make our way back by a different route. 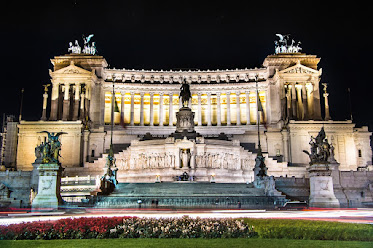 We're going to pass one of Rome's least beloved monuments, the Fascist Altar of the Fatherland, 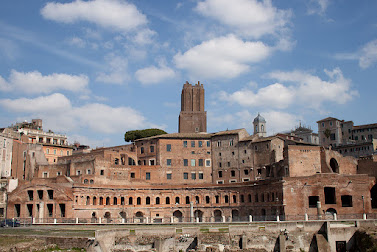 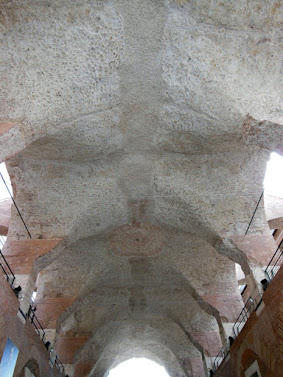 One our way to the Market of Trajan, a standing commercial building 1900 years old, often called the world's oldest shopping mall. 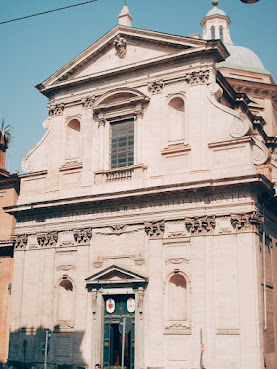 From there it's just two short blocks to a delightful little sixteenth-century church, Santa Maria ai Monti. This foundation stone of this church was laid in 1580. It seems there had been a medieval nunnery here, but it had been abandoned and had fallen into ruins. Then one day some workers removing stone came across a painting of the Virgin that had miraculously remained intact and bright despite centuries of neglect. People came from all over Rome to see the miracle, and the Pope ordered that a new church be built to house it. This fascinates me because there must be a hundred churches in Europe with this exact same foundation story, about a miraculous image found in a ruin, a field, a cave, or really just about anywhere. Which makes me wonder: who believed this? Did the Pope believe it? 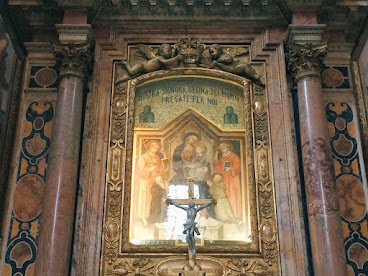 That miraculous painting is still in the church, behind the altar; art historians says it looks like it dates to around 1580. If you're in a generous mood you can say there was a painting but it was faded so they painted it over. I think the whole thing is a nice story, but if you disagree I won't argue. 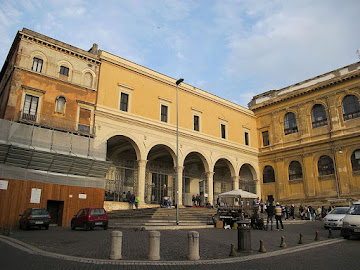 From there we're going to walk a few hundred more feet and visit a much more famous church, the Basilica of St. Peter in Vincula, or St. Peter's Chains. A church here was consecrated in 440 AD to house the chains that (so they said) bound St. Peter when he was imprisoned in Rome. The chain installed in the church was given to Pope Leo I by Empress Eudoxia, wife of Emperor Valentinian III. Most of what you can see dates to the 1400s and 1500s, but elements of the original church are still present, including most of the foundation. In medieval England (at least) they celebrated the feast day of St. Peter ad Vincula by pardoning some prisoners and taking cakes to the rest, something that always fascinated me, which is why I am drawn to this church. 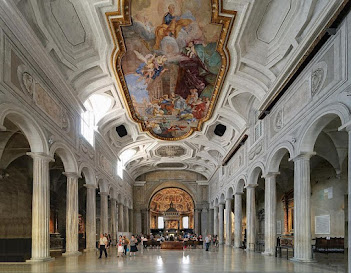 Not much to look like on the outside, but the inside is a bit more spectacular. 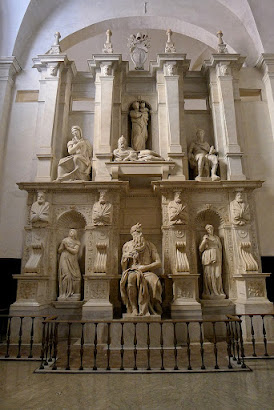 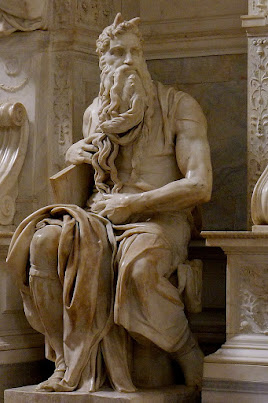 These days the church is most famous for the tomb Michelangelo designed for Pope Julius II, which includes his statue of Moses. 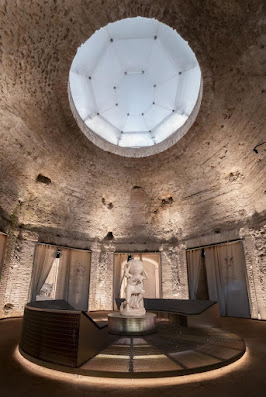 From there we'll make our way about 300 feet (100m) to the Domus Aurea, the remains of Nero's famous palace. The site has recently re-opened after a major restoration, so let's go inside and explore. 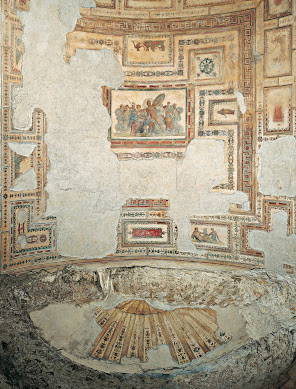 The palace and its gardens once covered hundreds of acres. Quite a lot remains, and the new exhibits use projections to bring more of it back to life. 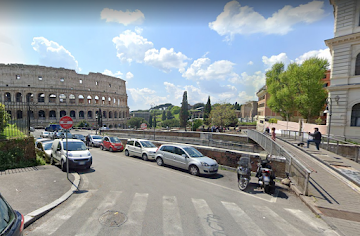 And from there it's just 300 feet back to the Metro station where we began, having walked almost exactly a mile and a half.
Posted by John at 9:48 PM

This fascinates me because there must be a hundred churches in Europe with this exact same foundation story, about a miraculous image found in a ruin, a field, a cave, or really just about anywhere. Which makes me wonder: who believed this? Did the Pope believe it?

The pope in 1580 was Gregory XIII, commissioner of the Gregorian calendar, church reformist following the recommendations of the Council of Trent, centralizer of Papal Authority at the expense of the Cardinals, general patron of the arts and sciences, etc.

The popes of his time period were shrewd politicians as much as they were religious heads (two of the three Borgia popes had already come and gone by Gregory's reign, for example), and the Holy See was particularly focused on responding to the challenges of the Protestant Reformation. This was also an era where Machiavellian thought held significant sway.

Thus, I personally highly doubt Gregory would have actually believed in the cliche of the miraculously preserved image - any more than he would have credulously purchased a "saint's finger bone" or a "piece of the true cross" proffered by an unscrupulous street merchant. But he absolutely would have seen the value of such a story as propaganda, whether he actually believed it or not. Prestige and popular opinion were always of paramount importance for rulers in that era, whether feudal, theocratic, or republican. (Arguably, that's still just as true today.)

It seems there had been a medieval nunnery here, but it had been abandoned and had fallen into ruins. Then one day some workers removing stone came across a painting of the Virgin that had miraculously remained intact and bright despite centuries of neglect. People came from all over Rome to see the miracle, and the Pope ordered that a new church be built to house it.

I imagine that the site of those ruins, in the very heart of Rome, would have been an attractive piece of real estate. I'm assuming that since the site had previously been a nunnery it was church-held land, but I wonder if that wasn't so, or if there might have been some competing claims. Perhaps some wealthy local aristocrat wanted to clear the ruins and build a villa or something there, citing the disuse of the land? Were that the case, it would have been very convenient if someone in the church arranged for an "ancient" piece of art to be found in the ruins "miraculously intact", thus giving the church massive leverage to claim the site for their own purposes. Plus, it's just plain old good public relations - miracles boost faith.