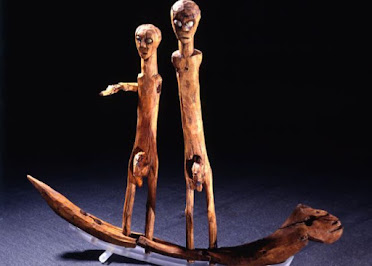 In 1836 some labourers cleaning a ditch at Roos Carr, near Withernsea in East Yorkshire made a surprising discovery. About two metres below the surface they came across a collection of well-preserved wooden objects including several 'warrior' figures with stone eyes, a wooden box, a serpent-headed boat, and various other wooden articles 'too much decayed to remove'.

Four of the figures; together with the boat and various other attachments which seemed to be arms, paddles and shields; were given to the Hull Literary and Philosophical Society and eventually became part of the collections of Hull Museums. A fifth figure was acquired by the museum in 1902. One of the men present at the time of the discovery had apparently given the 'ancient doll' to his daughter to play with! 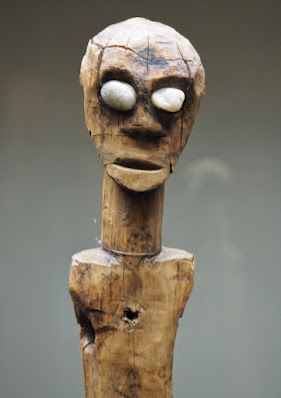 The figures have been radiocarbon dated to around 600 BC 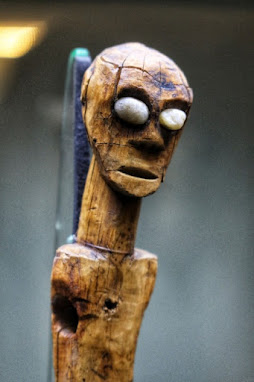 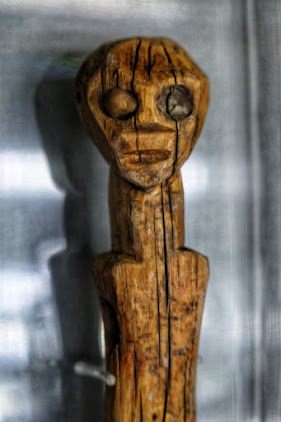 "In 1836 some labourers cleaning a ditch at Roos Carr, near Withernsea in East Yorkshire made a surprising discovery."

When ever I read something like this I think of all that has been lost to construction and digging. I'm sure this is the exception, someone looking something over and calling someone. I wonder just how much we've lost this way?