The Galloway Hoard, All Cleaned Up 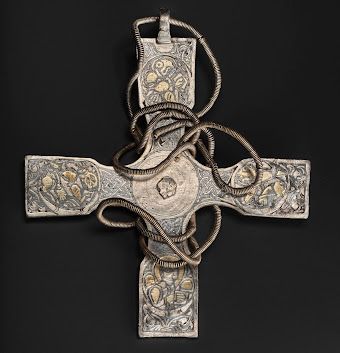 Back in 2014, a metal detectorist working in southwestern Scotland found a fabulous hoard of silver treasures dating to the late 9th century, most likely buried by Viking raiders. The Galloway Hoard was acquired by the National Museums of Scotland in 2017. 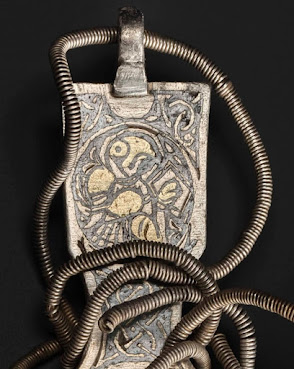 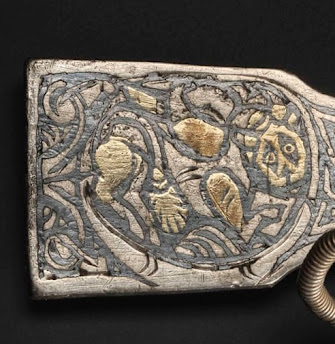 It has now been fully conserved and is going on display. The most remarkable revelation is the detail on this cross, which is decorated with the symbols of the four evangelists. Dr. Martin Goldberg, one of the curators, said:

It’s just spectacular. There really isn’t a parallel. That is partly because of the time period it comes from. We imagine that a lot of ecclesiastical treasures were robbed from monasteries – that’s what the historical record of the Viking age describes to us. This is one of the survivals. The quality of the workmanship is just incredible. It’s a real privilege to see this after 1,000 years. 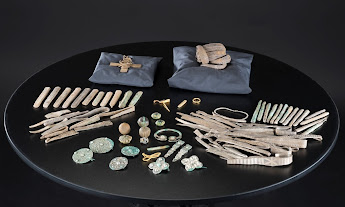