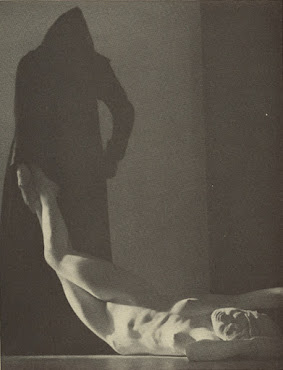 Thoughts on cultural appropriation and economic explotation. Interesting to note that Ralph Ellison once described the blues as “enslaved and politically weak men successfully imposing their values upon a powerful society through song. . . .”

Images that blend photographs of the Japanese attack on Pearl Harbor with the modern landscape.

Final trials under way for Oxford's malaria vaccine, which is said to be practical, affordable, and safe, albeit only 62% effective.

This study suggests that body cams for police save black and Hispanic lives without reducing arrests or other indices of police activity.

Trump's operation has raised $207 million for fighting the election result, but spent only $8.8 million of it on such efforts. I suspect the rest is just there to project an image of power and wealth, or to fund lots of junkets to Trump resorts.

Significant progress is being made in solid-state lithium batteries, which are probably necessary to make electric cars truly mainstream.

Thanksgiving at an Irish university, circa 2010. Amusing.

Of course Trump is moving to Florida next year; he is, after all, the perfect Florida Man.

In Russia, thieves stole all the communications equipment off the "Doomsday Plane" that was supposed to serve as an aerial command post during a nuclear war.

Photographs of the Year.

New York's pandemic crime surge (murders up nearly 40%) has hit small neighborhood markets particularly hard: "During the first eight months of the pandemic, there was a 63 percent increase in shooting incidents inside or in front of bodegas and corner stores, a 222 percent rise in burglaries, and a 10 percent spike in robberies." (NY Times)

In Russia, thieves stole all the communications equipment off the "Doomsday Plane" that was supposed to serve as an aerial command post during a nuclear war.

This sort of thing is SHOCKINGLY common in places like Russia and Ukraine. People will steal nearly any kind of electonics, no matter how old, broken, or useless, in order to extract copper wiring and other metals from the guts of it for resale.

Regarding the modernist houses, can you fail someone out of architecture school for having bad taste?

@Shadow - No. But you can, apparently, fail them for failing to appreciate the "beauty" of blank walls and unadorned rectangles.

Regarding Florida Man, I'm afraid my view of south Florida has forever been tainted by Miami Vice. I know I'm not being fair, and perhaps even being a bit of a bigot, but I want you to know I try, I really do. I just can't get past Sonny and Rico driving through Miami with the roof down, wind blowing through their hair, with Phil Collins' In the Air Tonight playing on the big stereo in the sky.