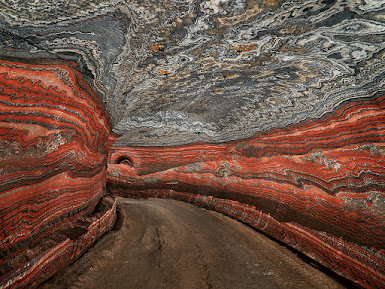 The Haunting of Girlstown, or Villa de las Ninas, a strict Catholic girls' boarding school in Mexico struck by an epidemic of hysterical afflictions. Fascinating account by David Hernandez.

Insteresting little essay by Juliet Lamb about a major 1960s project on Pacific seabirds that was somehow connected to Cold War military science.

Interesting NY Times article on five small businesses that have thrived during the pandemic; one saw sales rise 4,000%.

Reforesting Iceland, which has gone from hardly any trees a century ago to having a viable lumber industry: 5-minute video, article.

Review of a book about the "demons" who appear in thought experiments across the history of science: Maxwell's Demon, etc. (Washington Post)

NY Times article on John Conway's Game of Life, a simple cellular automata program that has fascinated mathematicians and others since it was first introduced 50 years ago.

Ted Gioia's 100 Best Albums of 2020. Consider making a resolution to hear lots of new music this year; I did last year and it went very well for me. Or maybe resolve to rehear all the old songs you once loved but haven't heard in ages. But keep music in your life.

The forgotten pandemic and recession of 1957.

Short piece on Alfred Ely Beach's plan for a pneumatic subway in New York, unveiled in 1867. And more at wikipedia. Since I never saw "Ghostbusters II" (who did?), I didn't know a fantasy version Beach's tunnel appears in the movie.

Interview with Dana Goia about the importance of Ray Bradbury, and science fiction generally, in US literary and pop culture. Of the 50 top-grossing movies before 1950, only one was sci-fi or fantasy; since then the figure is 47, or 94%. Goia thinks Bradbury created a new form of speculative fiction that helped drive this change.

Dry but informative article on why corporate diversity training doesn't work, with some thoughts on how to make it better.

In corporate America, the phrase of the year is "you're on mute."

A different take on why so many Germans supported Hitler: greed.

Drawings and reconstructions of Byzantine architecture by Antoine Helbert.

Great NY Times piece by Nancy Warnik about Walter Tevis, the novelist behind The Queen's Gambit, The Hustler, and The Man who Fell to Earth:

In a 1981 interview, Tevis said he’d realized in middle age that “life is worth living.” He hoped to write one book per year for the rest of his life. Just three years later, he died of lung cancer, at 56.

I was certainly intrigued by "greed" as a motive for supporting the Nazis, so I checked out the link. "Greed" seems an odd way to describe what the book Cowen is referring to is really talking about, which is a generous welfare state. (But it was obviously effective clickbait, I'll grant you.)

Aly, the book's author, says (according to Cowen) that the Nazis kept their people fed and comfortable by theft from conquered lands. It would be interesting to read Aly's book alongside Tooze's "Wages of Destruction" and Collingham's "Taste of War." My impression from what I've read of Tooze is that, while the Nazis *planned* to support their welfare state and war effort by theft, overall the effort was not terribly successful, both in terms of their own expectations/fantasies and especially when compared to the tremendous productivity their main opponents (including the often-underestimated British) were able to wring out of their economies.

Odd as the term may be, I do think it hits at the heart of something.

"Nazi", from "National Socialist" - quite literally, they wanted to amply provide for "The Nation", id est, the German nation, the German people, the "Aryan Race". They just wanted to accomplish that through the rape, murder, and plundering of everyone else. Deutschland Uber Alles. Germany First. Make Germany Great Again.

That is one of the core pillars of Nazi Fascism. It is undeniable.

I'm not sure, but I get the sense that you think that what I find odd is that the Nazis constructed a generous welfare state. If that's how you're interpreting me, I'm afraid you're mistaken. I'm well aware of the connection between Nazi ideas about a Volksgemeinschaft and their policy of a creating a fairly generous social welfare state.

What I found odd was John's choice of word, that is, describing the desire for a generous welfare state, or loyalty to a government based on the generosity of its welfare policies, as "greed."

@David-As you say, there are doubts about how much Nazis plans to loot Europe really generated profit. But if the author is right, and Germans supported the Nazis because they got a generous welfare state, not caring that much of the money came from looting Jews and neighboring nations, I am perfectly happy to call that greed. If you look to your own material well-being before you look to any moral consideration, or any concern for other humans, I think you are greedy no matter how modest your demands.

I am fully aware of the vast applicability of that sentiment,.

@John-Fair enough. One thing that might be said is that the welfare state, and certainly the beginnings of it, came before the war and the looting of even German Jews. Arguably, the real problem was Hitler's overriding goal of militarizing Germany; this was what created the economic imbalances to which the looting of food and raw materials from Eastern Europe was the proposed solution. Tooze sets his work in the context of Hitler's conscious rejection of the alternative approach, identified with Stresemann, of accepting Germany's medium-rank status as a military power vis-a-vis the Anglo-Americans and turning instead to an manufacturing-export-driven economy (which could secure the ability to import food and raw materials and pay for a welfare state and which, of course, proved successful after the war for both Germany and Japan). For Hitler, obviously, this was simply too unheroic and not enraged enough about the verdict of 1918 (and always it's worth remembering that what enraged Hitler was the loss of WWI, not the Versailles Treaty). He preferred to gamble on turning Eastern Europe into a kind of trans-Mississippi for Germany that could transform the latter into a US-style continental power.

One could say that, either way, Germans wanted a welfare state, and politicians were looking for a way to give it to them. Hitler insisted on a heroic path to that--one that, if you will, combined the deadly sin of greed with those of anger and pride.

I suspect my real point is simply to babble on about Tooze, whose work I admire very much.

What do you mean by "the vast applicability of that sentiment"? I truly don't know, and am curious.

Well, there are leftists who think that our material prosperity is funded by the exploitation of poor workers from Haiti to Vietnam, or by the destruction of the planet, or by war in the Middle East. I do not think the world economy is anything like that simple, but let's just say I am aware of the potential for all of us to think that our own level of wealth is normal, nothing outrageous about it, no greed here, I'm a nice person, and whatever is creating this perfectly normal, no reason to feel bad about it standard of living I enjoy is perfectly ok. Etc.

Aime Cesaire wrote that what bothered Europeans about the Nazis was that the latter were doing to them what Europeans had been doing to non-Europeans for centuries. There's obviously something to that, and one could say something analogous about what one might call America's informal empire, and the middle class way of life generally.

I would argue that, in large measure, the moral commitments the West made in fighting Nazism were a major factor in making Rorty's "socially-accepted sadism" much more morally vulnerable in the postwar world. Blackmon demonstrates this in a very concrete, specific way in reference to Black convict labor.

In other words, to come to what I suppose is the point, the answer to western liberal hypocrisy isn't for liberals to decide Trumpism or Nazis in the German police is okay, but to keep at the big work.

To put it another way: Moral humility is a good thing. But it doesn't require that we forebear from telling our young men that being Proud Boys is a no-no.