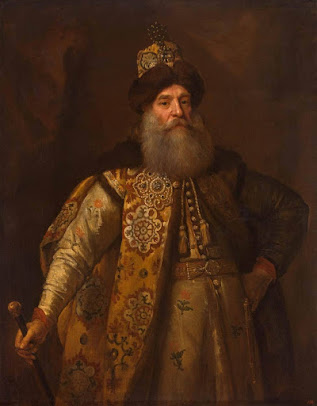 Fascinating NY Times article on Philip Brickman, pioneering happiness researcher who committed suicide in 1982. Brickman's famous paper comparing the happiness of people who won the lottery with people who were paralyzed in car crashes is here. (He found no difference.)

I think the "mysterious monolith" in Utah was a terrific prank. I wonder, will it live on in UFO folklore or be quickly forgotten?

Diesel powered ships produce a lot of CO2, so engineers are experimenting with systems powered with hydrogen or ammonia.

NY Times feature on architectural remnants of segregation, with many photos of buildings with separate colored entrances and the like. In 1985 I was taken to a little diner in Surrey, Virginia which had two doors, and told that older white folks still only used the right-hand door. In that case the doors were identical and led to the same space, so the point was somewhat muted.

Vox "Unexplainer" on dark matter, quite good, with text and podcast versions.

"For a rodent that resembles the love child of a skunk and a steel wool brush, the African crested rat carries itself with a surprising amount of swagger. The rats 'very much have the personality of something that knows it’s poisonous.'" (NY Times)

Yet another fertility doctor accused of impregnating dozens of patients with his own sperm. (Washington Post)

Why are younger siblings more likely to be elite athletes?

The demise of department stores. Interesting article but I think it leans too much on the "decline of the middle class" and not enough in changes about how and where we spend our money.

On that subject, here is Kevin Drum explaining that the American middle class has recovered very nicely from the great recession and their incomes are now more than 4% higher (real terms) than in 2007.

This year thousands of purchasers have complained in Amazon reviews that their scented candles have no scent, almost certainly because many reviewers have Covid-19. One reviewer: "I purchased three of these. What a waste. There's virtually NO scent to these at all!! If I wasn't confined to my home because of covid I would return these for sure."

Chinese government spokesman trolls Australia over war crimes in Afghanistan, triggers war of words over whose crimes are worse.

Energy storage via batteries and other mechanisms, a crucial component of systems based on solar and wind power, is booming in the US. In the third quarter of this year 240% more energy storage came online than in any previous quarter. Incidentally I am seeing the same thing in my work; our solar and wind clients have been going gangbusters all through the pandemic. That plus Federal work has been keeping us very busy.

The stock market thinks the future is in renewable energy; NextEra, builder and owner of solar and wind farms, just displaced Exxon as the most valuable energy company in the US.

"I think the "mysterious monolith" in Utah was a terrific prank. I wonder, will it live on in UFO folklore or be quickly forgotten?"

It's really hard to say - anything that gets a lot of media press has a chance of cementing itself in the collective memory of pop culture, but plenty of major news stories are forgotten almost immediately.

I think this particular instance probably lacks a strong enough mnemonic hook to keep it around longterm - particularly given the obvious knockoffs that have followed in other places, which undermine the "credibility" of the first.