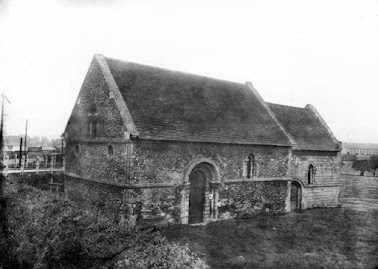 Representative Jim Jordan of Ohio wondered on Twitter what the Founding Fathers would make of our pandemic shutdowns. He got a history lesson from people who know about, for example, the Philadelphia yellow fever epidemic of 1793, which led the government to abandon the city, and then to Congress passing a law in 1796 explicitly authorizing federal officers to assist with quarantines.

European governments had been using draconian powers to control disease since the leprosy outbreak of the 11th century, when they forced the sufferers into special hospitals. The Black Death at first moved too fast for governments to do much about it, but later outbreaks of the plague were all limited by quarantines, border closures, port closures, and so on.

Disease, along with war, has long been considered one of the circumstances in which governments might assume arbitrary powers. After all, our ancestors were far more vulnerable to death by disease than we are, and they knew it and feared it.

Modern Americans have become far too insulated from the realities of the world.

To the average American, war, hunger, disease, corruption, etc, are things that happen to other people, in other countries far away - particularly if those "other people" are poor and non-white. They could "never" happen here, because of mythical American Exceptionalism. We have forgotten what it is like to deal with the horrible consequences of these things in our own backyard, and so we don't take them seriously.

I can already imagine the response the rigth-wing twittersphere:

"Liberals claim 'facts' because they can't stand it that anyone might think differently."

"That's just a bunch of professors."

"That's just what they want you to think."

The existence of these go-to phrases is one of the reasons why it's so difficult to change people's minds, either with facts or re-education campaigns. I recently found out that a study of thought-reform in early Communist China labeled these kinds of slogans "thought-terminating cliches," a phrase that now has its own Wikipedia article. Incidentally, the same study demonstrated that the "brainwashing" of Allied POWs in during the Korean War tended at most to have very temporary effects. It would be interesting to know how effective thought-reform was on Chinese citizens (probably, if nothing else, effective in scaring them into towing the Party line).

Of course, liberals have their own thought-terminating cliches, like "Jim Jordan is a right-wing hack." Liberal cliches do have the advantage of being true. But that's just my opinion.

“There is a cult of ignorance in the United States, and there has always been. The strain of anti-intellectualism has been a constant thread winding its way through our political and cultural life, nurtured by the false notion that democracy means that 'my ignorance is just as good as your knowledge'." - Isaac Asimov

This, I think, gets at the heart of America's sickness. People want to be independent, rebellious, individualist, and free... but they take it so absurdly far that they begin to believe that they can be free from facts and our obligations to the truth.

Robert Moore and Mark Pegg are good on medieval leprosy, and put forward an argument that it was an epidemic of accusations rather than disease. Archeology and modern medicine also suggest it was not widespread, at least in terms of Hansen’s disease. Others, like Zimmerman and Boeckl discuss the importance of leprosy in the imagination and the different uses to which the idea was put - from somatic evidence of sinfulness to blessed imitation of the passion, to necessary object of charity. Rawlcliffe, Brenner, Tabateau and others show leper hospitals are better thought of as places of piety, charity and communal living that formed an interactive part of the community, rather than quarantined asylums. So there’s lots to be said about leprosy, and about what it meant to call someone a leper, and whether this is at all comparable to government disease control in any way we’d understand it. Of course the point of your post is valid, but I suggest the example of medieval leprosy perhaps isn’t the best way of supporting it.