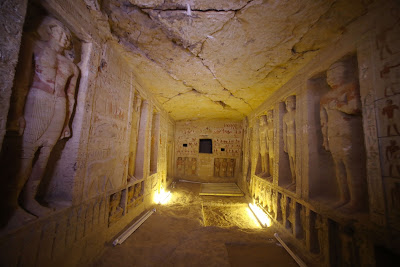 The Egyptian government announced the discovery of a spectacular tomb from the Old Kingdom. Imagine the thrill of pushing past the rubble in the entrance shaft and emerging into this room. 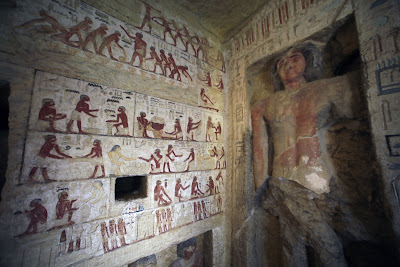 This was the resting place of Wahtye, royal purification priest, royal supervisor, and inspector of the sacred boat under Pharaoh Neferirkare Kakai (reigned ca. 2446–2438 B.C.), the third king of the 5th Dynasty. 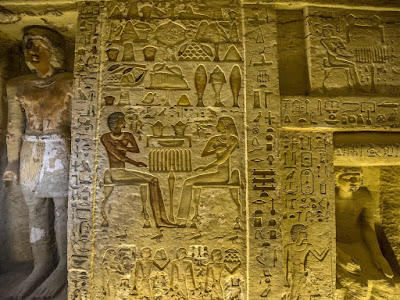 Wahtye and his wife, Nin-Winit-Ptah. 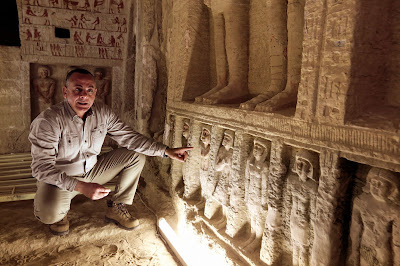 Amazing that after more than 200 years of archaeology there are still discoveries being made in Egypt. And this was just the first of five sealed shafts that have been discovered in this locations, so there are at least four more tombs to be opened.
Posted by John at 8:40 PM