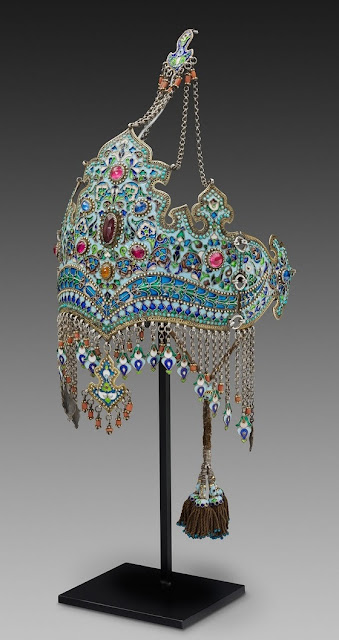 The Art Institute of Chicago is mounting an exhibit of jewelry from Bukhara, a small emirate now part of Uzbekistan. Much of this jewelry comes from the court of the last Emir, who ruled after Bukhara had become part of the Russian Empire in 1866. 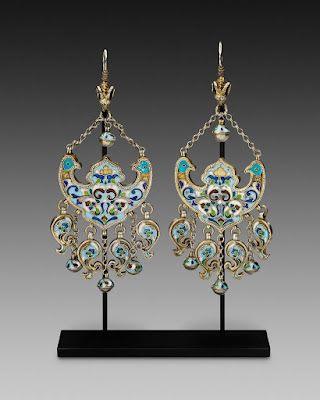 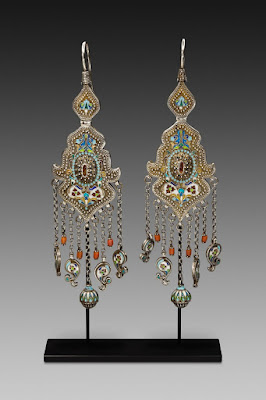 All of these objects are now in an American private collection, which makes me wonder how they got there. Did they leave with fleeing royals after the Bolsheviks took over, or were they smuggled out after the Soviet collapse? Wherever they came from, they are magnificent. 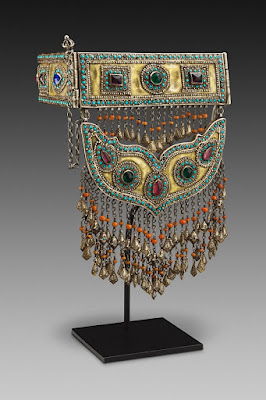 I'll be putting some of these on my Christmas list.