Today's Place to Daydream About: Perugia

Perugia is the old capital of Umbria, a hilly part of central Italy between Tuscany and Rome. Today it is a thriving place with 160,000 inhabitants and has spread well beyond its ancient, walled core; but within that core are wonders.

Panoramic photo of the central square, worth clicking on. 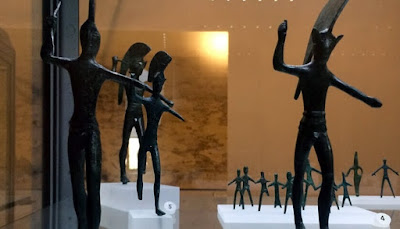 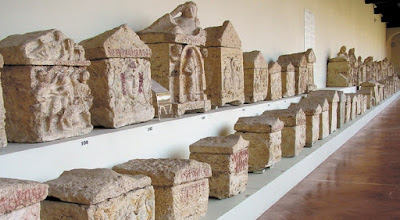 The town is ancient. When Rome was rising it was one of the cities of the Tuscan League, and it appears several times in Livy's narrative of Rome's early wars. Today its archaeological museum contains many wonderful artifacts from Etruscan times. 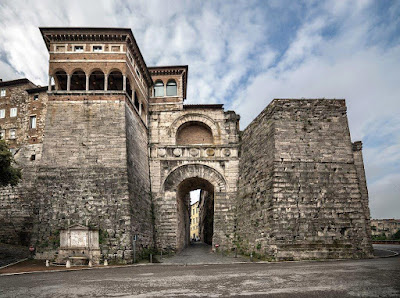 The only architectural remnant of pre-Roman times is this gate in the city wall, which has been modified but still retains Etruscan elements. 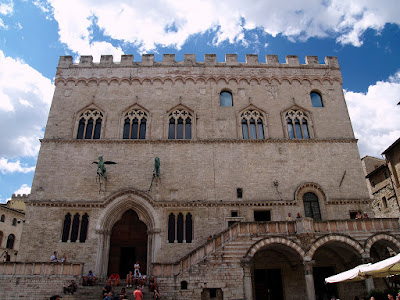 The city was caught up in the Civil Wars at the end of  the Roman Republic, and in 40-41 BC Octravian besieged it and took it, burning everything except the temples of Juno and Minerva. Octavian then ordered all the inhabitants to leave and gave the town lots to whoever wanted them, along with the farms within a mile of the walls. We hear little of the city until 547 AD, during the wars between Justinian the the Goths, when it stood with the Gothic leader Totila and was besieged and sacked again. In the ninth century Charlemagne granted it to the pope. But these are just shadows; the city's real history begins in the 13th century, when the leaders of its commune began fighting with the popes and others for their independence. It was the usual Italian story, with Guelphs vs Ghibellines in a savage struggle for power and prestige. Above, the Palace of the Priors, that is the town hall, dating to the early 1300s. 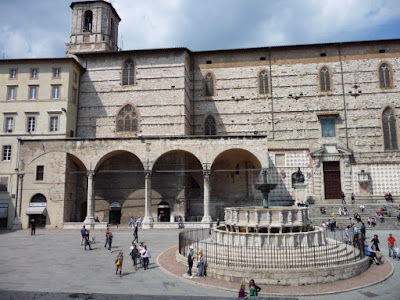 The town's main focus these days is its university, founded in 1308, which counts 11 popes among its alumni. Several American universities send students there, so if you search for the university online most of the first dozen links are for such programs. 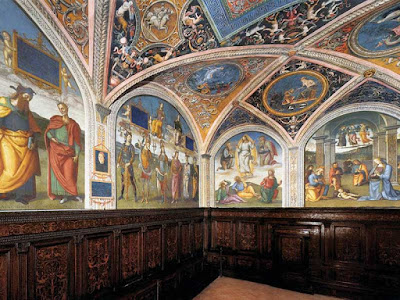 Frescoes in one of the old college buildings. 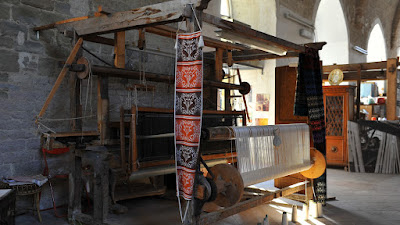 Among the town's most notable businesses is the "Giuditta Brozzetti" textile workshop, where traditional Umbrian fabrics are recreated on 19th century looms. 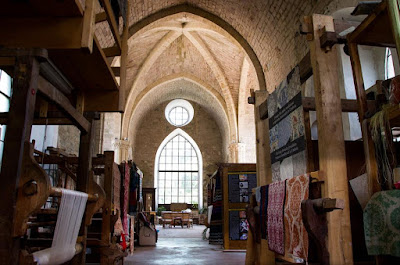 The workshop, founded in 1925, is located in the former Chiesa di San Francesco delle Donne, the Church of Saint Francis of the Ladies. The church was a Franciscan friary on a spot where St. Francis actually preached (Assisi is not far away), but the friars were eventually replaced by Benedictine nuns, hence "of the Ladies." The church was closed down in 1810 and was for a while a school for poor girls. 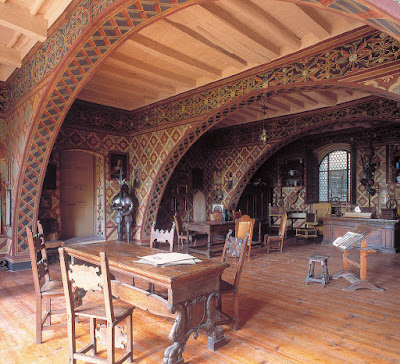 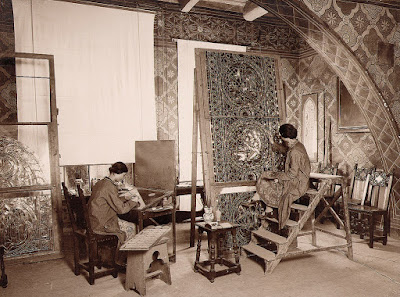 There is also a notable workshop for the manufacture and restoration of stained glass, Studio Moretti Caselli. The pictures above show the studio today and in the early 20th century. 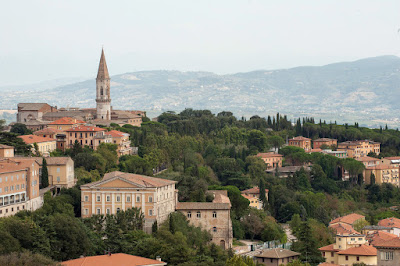 Seems like a remarkable place to spend a few winter days.
Posted by John at 9:29 PM

I have been there half a dozen times and can still learn more about it. Three things more to note: Perugina chocolates, a big industry there, the Perugia underground at Rocca Paolina, and the 1278 Fontana Maggiore in Piazza IV Novembre. Also spectacular frescoes inside Palazzo dei Priori in the Sala dei Notari, among others.