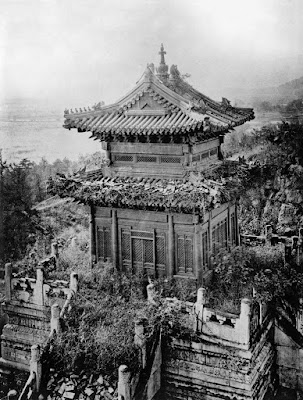 The Summer Palace after Looting in 1860

Another great piece that received one of David Brooks' Sidney Awards: The Great Chinese Art Heist by Alex Palmer. For about a century, from 1840-1949, foreigners stole antiquities from China on a regular basis, or else bought them at fire sale prices from people and institutions ruined by the chaos of those years. The most famous theft took place in 1860, when French and British troops waging the Second Opium War (which was about as noble as it sounds) spent three days looting the Imperial Summer Palace outside Beijing. These thefts have long rankled Chinese nationalists, and now that China has more billionaires than the US some of them are buying back looted art whenever it appears for sale.


Their desires adhere to a nationalistic logic: The closer an object's connection to China's ignominious defeats, the more significant its return. In recent years, vases, bronzeware, and a host of other items from the Old Summer Palace have all sold for millions. Behind these purchases is almost always a well-connected Chinese billionaire eager to demonstrate China's modern resurgence on the world stage.

And now it seems that someone in China is not willing to wait for objects to appear on the market. Since 2010 there have been at least a dozen daring art robberies from European museums, all focused on particular artworks from China. The thieves are highly professional and obviously working from shopping lists, taking certain items while leaving others with higher monetary value behind:


The spree began in Stockholm in 2010, with cars burning in the streets on a foggy summer evening. The fires had been lit as a distraction, a ploy to lure the attention of the police. As the vehicles blazed, a band of thieves raced toward the Swedish royal residence and smashed their way into the Chinese Pavilion on the grounds of Drottningholm Palace. There they grabbed what they wanted from the permanent state collection of art and antiquities. Police told the press the thieves had fled by moped to a nearby lake, ditched their bikes into the water, and escaped by speedboat. The heist took less than six minutes.

Like others who have looked into these thefts, Palmer thinks this could not be happening without at least the tacit support of the Chinese government; when officials from a Norwegian museum spotted an object stolen from them on display in the Shanghai airport, the official response to their complaint was "prove it."

There is a sense, of course, in which the Chinese are right; the looting of the Summer Palace was a crime on a far grander scale than Lord Elgin spiriting away some marbles from Athens. If the Chinese government were filing claims for these objects at the International Court of Justice I would support them. But stealing them back carries the danger that the main result will be the encouragement of lawlessness on the part of everyone who feels aggrieved, which I think is a real threat to civilization.
Posted by John at 7:58 AM