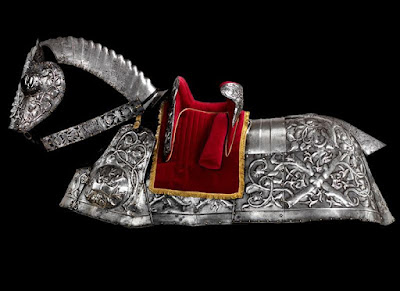 A suit of horse armor known as "the Burgundian bard" that belonged to King Henry VIII. "Bard" was the general term for horse armor, and this set was given to Henry in 1510 by Maximilian I whose family hailed from Burgundy, hence the name. It was made by Guillem Margot in 1510 and decorated by Paul van Vreland. 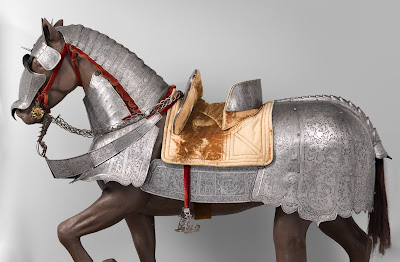 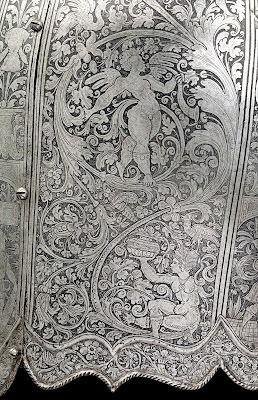 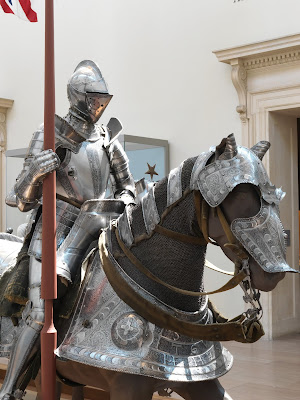 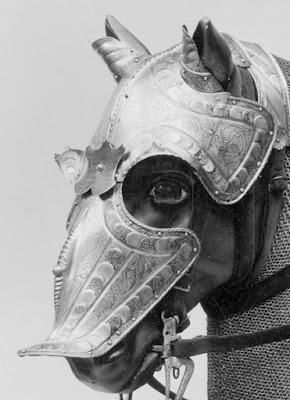 Horse Armor Made for Johann Ernst, Duke of Saxony-Coburg, in 1548. By Kunz Lochner. 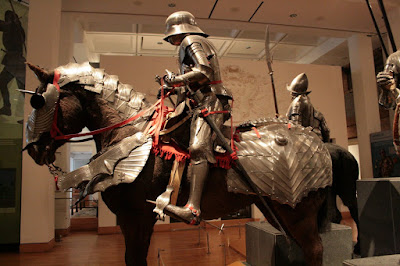 Famous suit now in the Royal Armouries, Leeds, made in Germany in the late 1400s. 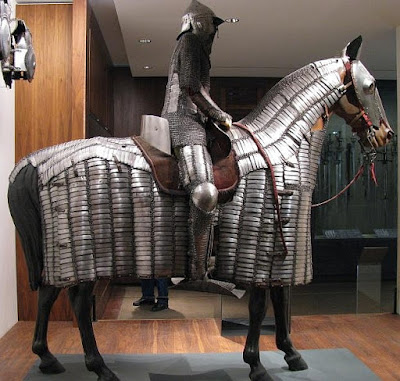 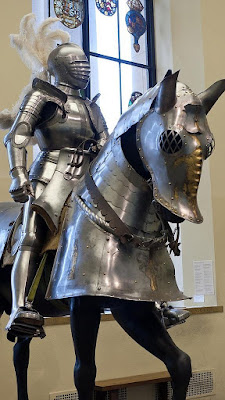 Horse armor by Wilhelm von Worms the Elder, and knight's armor by Matthes Deutsch; belonged to  Duke Ulrich of Wurttemberg. In the Philadelphia Museum of Art. 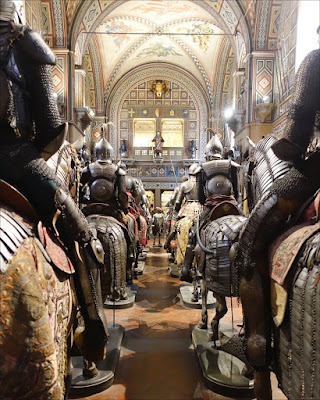 Display of Turkish horse armor in the Stibbert Museum in Florence. 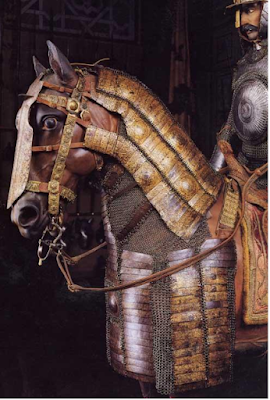 Suit of late medieval Turkish armor in the Stibbert. 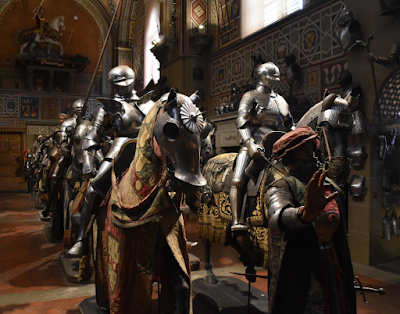 And European armor in the same museum. 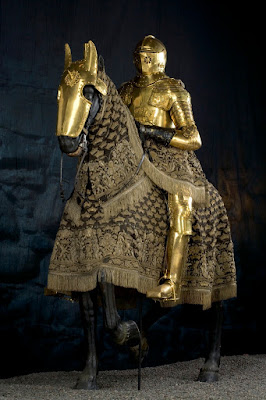 And finally the royal armor of Charles X of Sweden, 17th century.
Posted by John at 4:43 PM