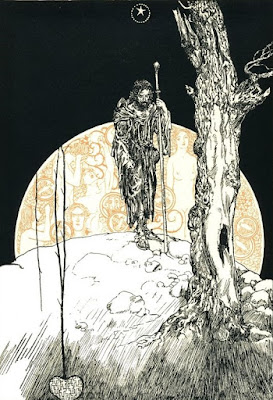 Willy Pogany (1882-1955) was born Vilmos Andreas Pogány in Szeged, Hungary, but he left his home country in 1902 and never lived there again. After shorts stays in Munich and Paris he moved to London in 1904. 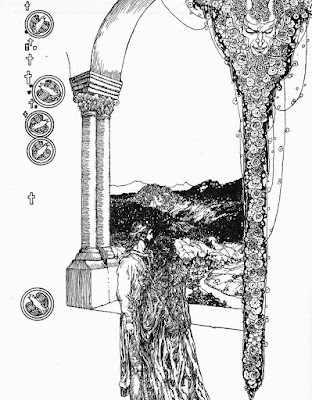 There he did his most famous illustrations, including a series of Wagnerian operas in 1910 to 1913. 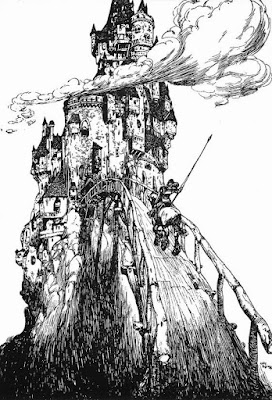 Pogany was influenced by both the great Edwardian illustrators, such as Arthur Rackham, and the current Art Nouveau style. 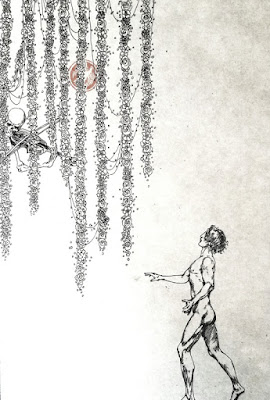 In 1916 Pogany left London and moved to America, where he lived for the rest of his life. In America he illustrated everything from the Bible to soap commercials. He ended up working in Hollywood as an art director. 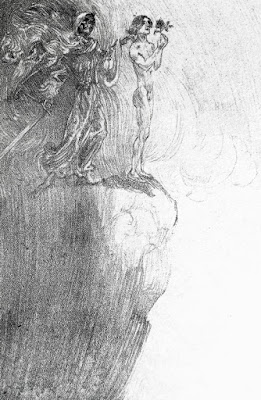 Tannhäuser tells the story of a great singer who rejected the advances of the goddess Venus in order to return to the human world. He falls in love with a mortal woman but ends up separated from her and both die tragically. 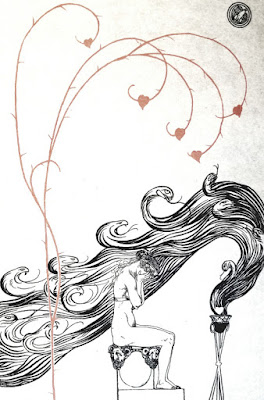 But, his love of the Virgin Mary procures Tannhäuser's salvation, and he is able to join his beloved in heaven. 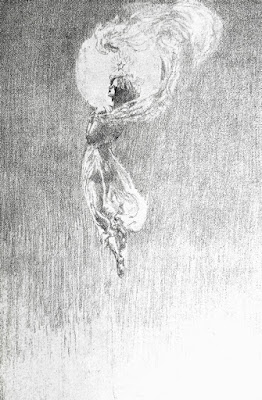 What these pictures have to do with that story, I have no idea, but I just love them. 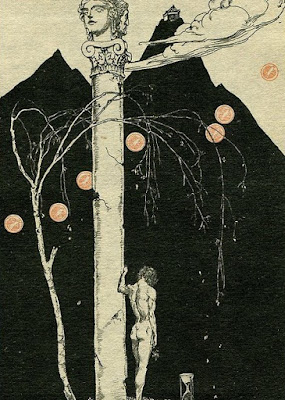 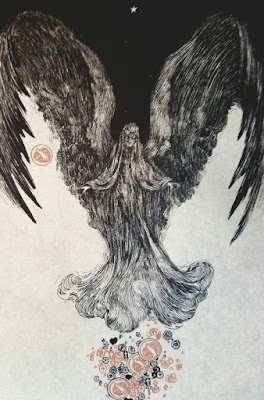 You can see just from this one project that Pogany could work in a variety of styles, all amazing. 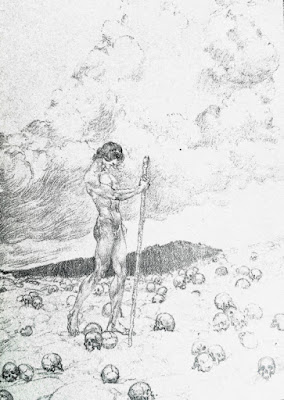