David Wootton, The Invention of Science 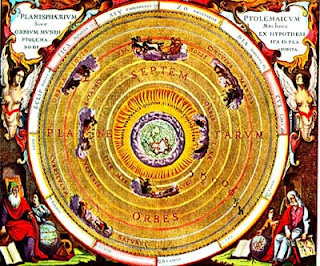 With the fall of the Roman Empire, Europe suffered a catastrophic loss of knowledge. Most of the books that had circulated in the empire were lost, and the traditions of learning maintained by academies in Athens, Alexandria, and other places were broken. The losses in math and science were among the worst, since the monks who preserved many books had little interest in them. The political chaos and economic decline meant that the society simply could not afford to maintain so many leisured scholars, and what learning there was focused on the needs of the church. So when Europe's economic and political situation improved from the 12th century onward, intellectuals were focused on recovering what had been lost from the Roman past.

By the 1500s that had been achieved: Europe had science and mathematics more or less equal to that of the Classical world. And then in the 1600s western Europe rocketed ahead, creating science and math that by 1800 far surpassed anything created before.

Why? How? Because one of the interesting things about ancient science is that it ceased to make much progress long before the Goths sacked Rome. Many short histories of ancient mathematics end with Hipparchus in the 2nd century BC, and many short histories of ancient science end with Ptolemy in the 2nd century AD. The same thing goes for ancient sculpture and poetry, which are generally held to have peaked centuries before barbarians burned down the workshops and beheaded the poets. It is as if classical culture ran out of steam. Its creative impulses were somehow exhausted before its people ran out of time, including whatever impulses drove its science. 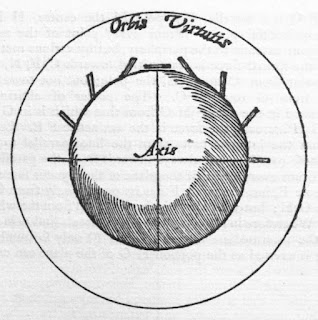 Illustration from William Gilbert's On Magnets, Published in 1600

But so far there is no sign of that happening with modern science. This is because, argues David Wootton in The Invention of Science: a New History of the Scientific Revolution (2015), modern science is a radical new invention. The Invention of Science is a massive book, and it sums up Wootton's long career studying these questions. It also sums up a gigantic amount of scholarship; I was astonished at how much attention has been given to the letters and journals of third-rate Renaissance scientists. I don't really recommend for anyone who isn't a big fan of this topic, but if you are it is amazing.

Wootton argues that two things differentiate modern science from its ancient counterpart. First, our whole world is just bigger and more dynamic than the classical world. Modern scientists are often described as explorers, discovering new continents of knowledge, which is not a metaphor anyone would have employed before actual mariners discovered new land masses. Wootton makes much of Columbus and the New World serving both to discredit ancient knowledge and to provide a model of adding new knowledge. After all, one major school of ancient philosophy, neoplatonism, held that new knowledge is by definition impossible, and no classical thinker was very much interested in discovery. The goal of Aristotelian physicists was to derive a complete model of the world via logical deduction from simple principles, on the model of geometry. This model lasted through the time of Galileo, who tried to prove his theories of motion using geometry. Modern science on the contrary has been focused first on discovering new facts (a new word to which Wootton devotes a whole chapter) and second on developing new theories, hypotheses or laws to explain them. It thus takes its direction from other parts of Galileo's work, his careful measurements of rolling balls and his use of a telescope to discover new things in the heavens. 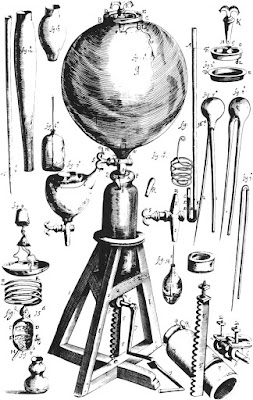 The second new thing about modern science is the formation of a community of scientists who shared results with each other and excitedly replicated each other's experiments. There had been experimenters in the past, for example the 11th century Muslim physicist Ibn al-Haytham, who did pioneering work in optics. But rather than trying to check Ibn al-Haytham's results, or extend them with additional experiments, most readers simply accepted them. By the mid 1600s every claim of an experimental discovery would be checked by several other experimenters within a year. For this to happen, of course, there had to be ways of spreading the word. This is why Wootton thinks the printing press was another vital contributor to modern science. Word of some early experiments spread around Europe via letters between scientists, but publication of results in journals and books eventually became key. This also led to the data being cached in libraries around the continent where it could easily be consulted. By the time Newton did his work on optics he could draw on a library of printed books that included work by dozens of experimenters stretching back to Ibn al-Haytham. This community also had an institutional basis both in the universities and in the new scientific societies, such and the Royal Society in Britain.

Along the way, science shed the model of logical proof that had been its center. The new science was based on inference from experimental data, and it therefore lacked certainty. By the end of the 1600s, several commenters on science had noted this, some wistfully but others proudly. Newton famously embraced this by refusing to guess at the cause of gravity: hypothesis non fingo. But the new model of seeking data on a massive scale, publishing it so that others can use or check it, and then trying to craft explanations launched modern science onto an accelerating trajectory that shows no sign of slowing.
Posted by John at 1:42 PM