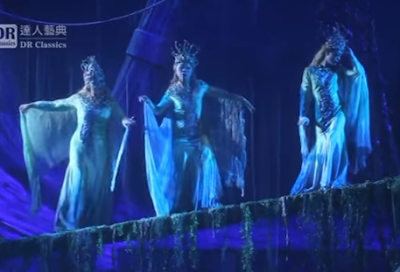 I spent a good part of Saturday afternoon listening to this production of Wagner's Das Rheingold at the China National Opera House in September 2016. The singing is quite good, but it was really the staging that grabbed me. No stripped down modernism here; this is a folkloric production that mingles European myth with Chinese elements. Sadly there are no subtitles, and I suppose if there were they would be in Chinese anyway. Here are the Rhine Maidens, looking very Chinese. 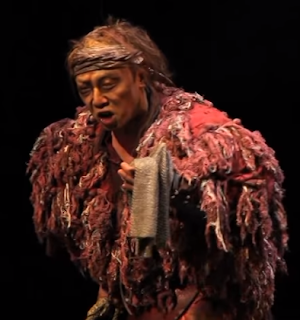 The dwarf Alberich, who starts the plot by stealing the Rhine Maidens' golden treasure. To do this he has to renounce love, which he does because the Rhine Maidens keep teasing and then rejecting him. 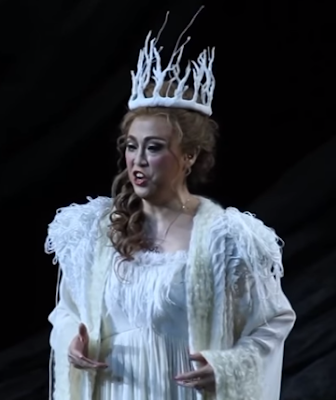 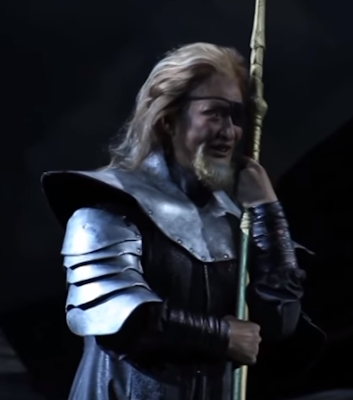 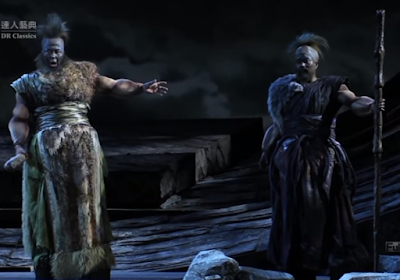 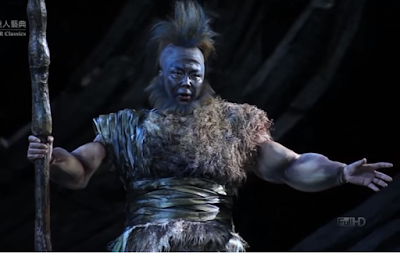 The giants. They have built Valhalla for Wotan according to the terms of their contract, and now they have come to collect their payment: the goddess Freya. 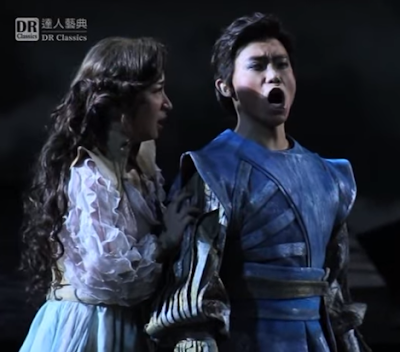 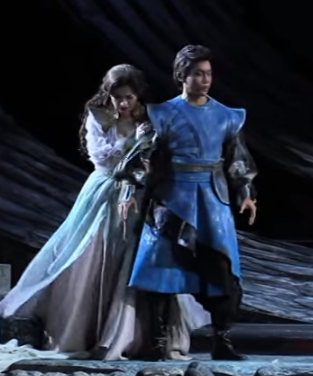 Freya clings to her brother Froh, who is dressed as the perfect Chinese prince. 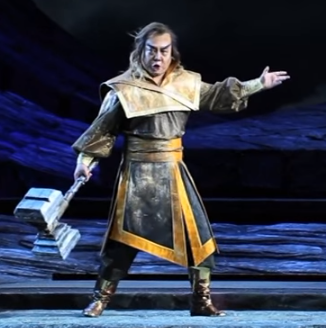 Donner, the god known to the Norse as Thor. He wants to drive off the giants with force, but Wotan stops him, saying that he gave his divine word and breaking it will lead to BAD THINGS. 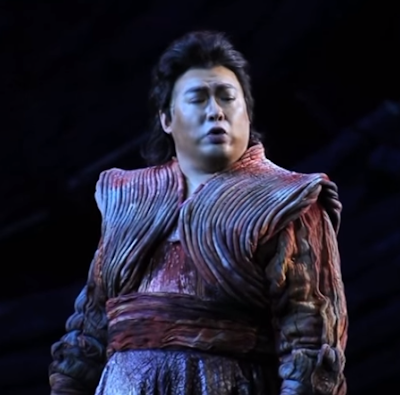 Loge (Loki), god of fire, who has a clever plan to solve the dilemma: steal the Rhine Maiden's treasure from Alberich and give that to the giants instead. 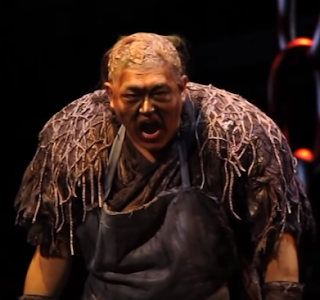 Mime, Alberich's brother, whom Alberich has enslaved using the power of a mighty ring found in the treasure. 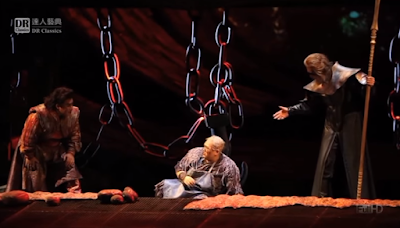 Loge and Wotan get Mime to explain the situation in Nibelheim. 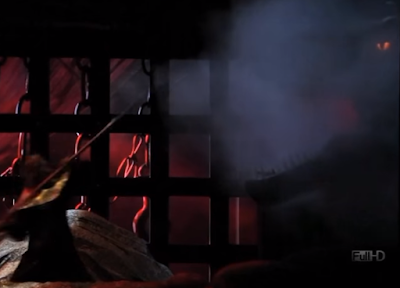 Mime has forged for Alberich a helm called Tarnhelm that allows him to become invisible or assume any shape. Loge and Wotan feign disbelief and get Alberich to demonstrate Tarnhelm's power. First he becomes a dragon. The gods says, that's cool, can you also make yourself smaller? 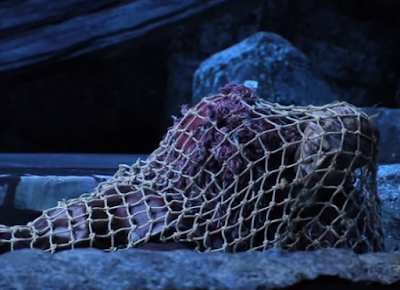 Alberich assumes the form of a toad, and Loge and Wotan capture him. 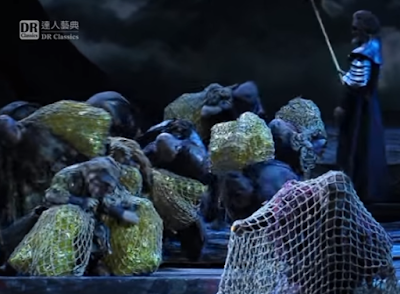 First the gods demand the gold, which Alberich's slaves, the Niebelungs, deliver. Then they demand the Tarnhelm, and finally the ring of power. After much woeful singing Alberich finally gives up the ring, but he curses it, saying it will bring its bearer only ruin. 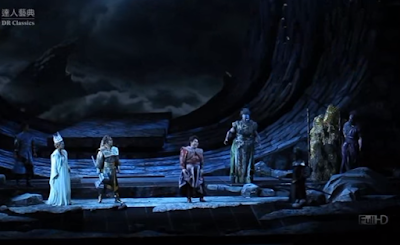 The climactic scene: the gods pay the gold to the giants to obtain Freya's release. 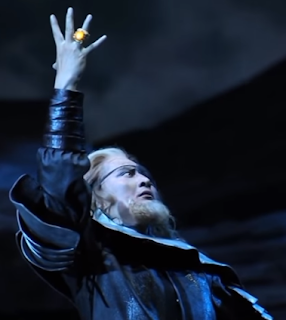 But Wotan does not want to give up the ring. The struggle over giving up the ring does not, so far as I know, appear in any traditional source, so this must be where Tolkien got the idea for his ring scenes. 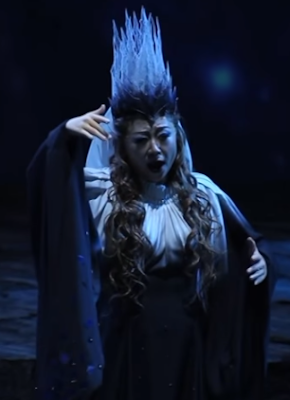 Then the goddess Erda appears and prophesies that if Wotan keeps the ring, it will doom him. She then hints that she has seen many other bad things, but she refuses to give details. Wotan relents and surrenders the ring. The giants immediately fall to fighting over it, and one kills the other. The survivor departs with the treasure. 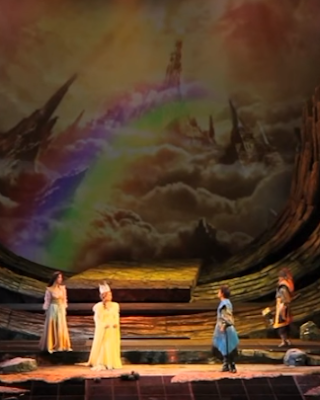 The conclusion: the gods sing in front of their new home.
Posted by John at 5:27 AM