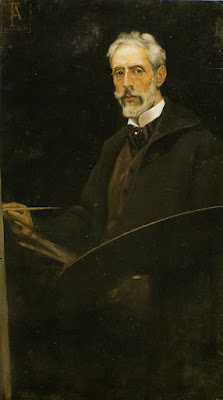 Antoni Maria Fabrés i Costa (1854-1938) was a Catalan (Spanish?) painter who did a wide range of work but seems to have made most of his money off Orientalism. Above is a self-portrait of around 1920. Fabrés was born into a middle class but artistic family, son of a draughtsman and nephew of a silversmith. He attended the Escuela de Bellas Artes in Barcelona, where he actually specialized in sculpture; at 21 one of his sculptures won him a scholarship to study in Rome. There he gave up sculpture and switched to painting. He also acquired the international habits they kept him moving around Europe and beyond for the rest of his life. Potrait of Laura Groot, detail. After ten years in Rome he moved back to Barclona in 1886, but then in 1894 he moved to Paris where he opened a large studio equipped with all the props needed for his Orientalist scenes. The Thief, and detail; the Arabic plaque declares that this man has been condemned to death for stealing the objects hung above his head. This must have sold well, because Fabrés used an identical set-up for at least one other painting. 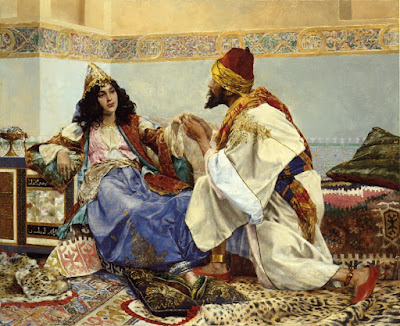 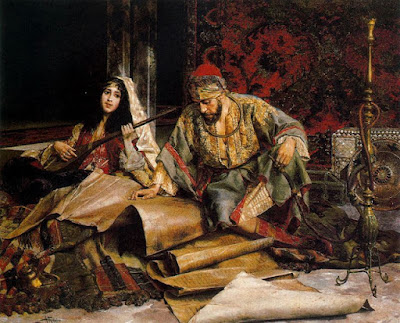 He also did multiple variations on the theme of The Sultan and his Favorite. 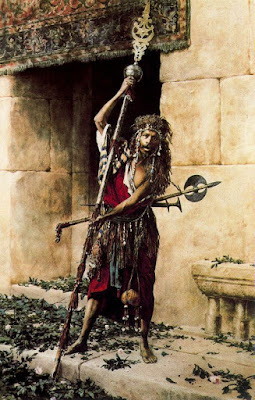 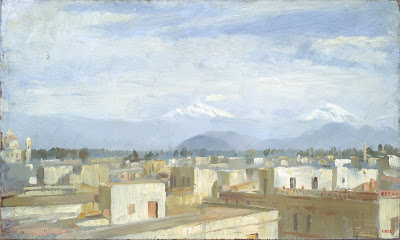 In 1902 Fabrés moved to Mexico to become the head of a prestigious artistic academy, staying until 1907. Here is a view of Mexico City he painted sometime during that stay. 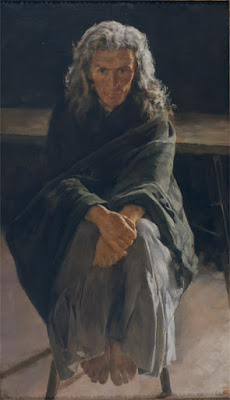 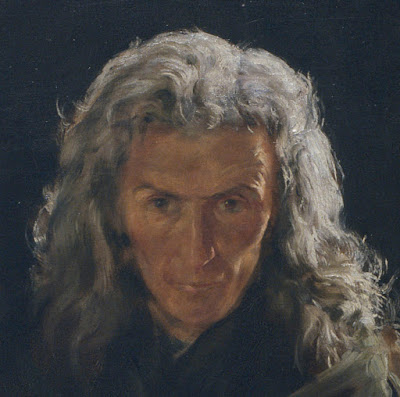 Then it was back to Barcelona, and then on to Rome, where he seems to have spent the 20s and 30s. Here is his most famous work these days, The Madwoman (1910). 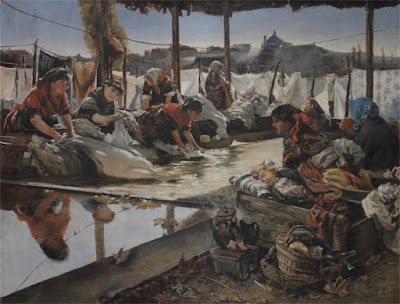 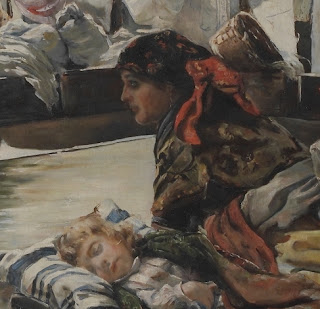 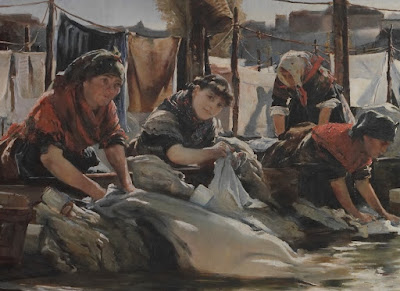 In his prime Fabrés was known as a "realist," which is hard to figure when you look at his array of sultans and harems. But works like The Madwoman and this, Washerwomen at the Manzanares, show why he got that reputation.