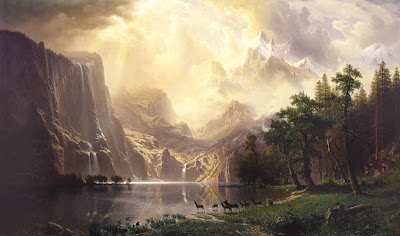 Albert Bierstadt (1830-1902) was for a time the most famous and highly paid artist of the American west. His romantically-tinged paintings of the Rockies, the Sierras, and the Indians gave many easterners their first views of the west's wonders. (In the Sierra Nevada, 1868) 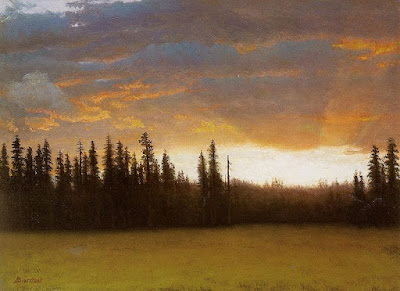 Bierstadt was born in Solingen, Prussia but his parents came to America before his second birthday, and he grew up in New Bedford, Massachusetts. As a child he loved to draw and delighted grown-ups with clever sketches and caricatures. When he was about twenty he began to paint in oils. (California Sunset, undated) 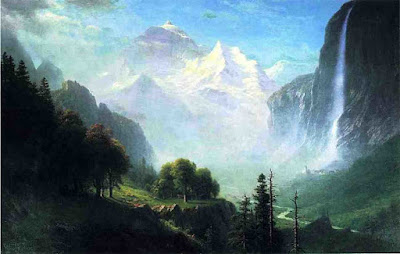 In 1853 he returned to Germany and sought out his first training in art. He spent four years in Düsseldorf, hanging out with a circle of other artists, with side trips to Switzerland to paint the mountain scenery. Staubbach Falls near Lauterbrunnen, Switzerland, 1865. 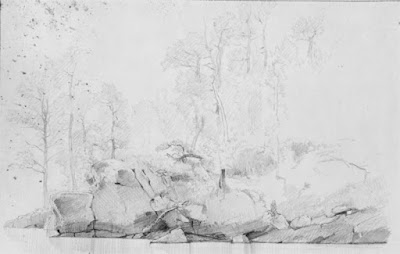 In 1857 he was back in America, but not to stay on the east coast. He itched to reach America's mountains. In 1859 he joined a government surveying expedition headed by Frederick Lander and was soon slogging across the Nebraska Territory toward the Wind River Range. Bierstadt did not execute finished paintings on his travels; instead he filled sketchbooks with drawings like this one and made a few small, quick oil studies. 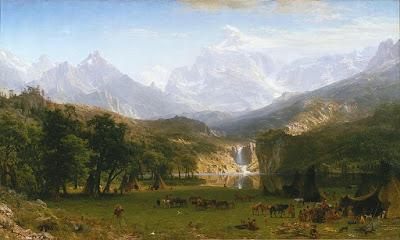 Here is one of the most famous examples of Bierstadt's technique. He sketched this mountain in 1859 during his first western expedition and named it Lander's Peak after his boss. The finished painting was executed back home in 1863 — Bierstadt was drafted into the army but hired a substitute — and exhibited in Boston to great acclaim. This is a huge painting, more than ten feet across (73 1/2 x 120 3/4 in., 186.7 x 306.7 cm), still very striking to see. (It's in the Met.) In 1865 it was sold for the then astronomical sum of $25,000. 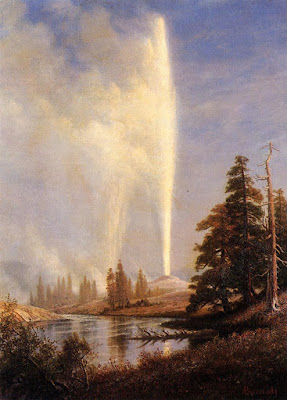 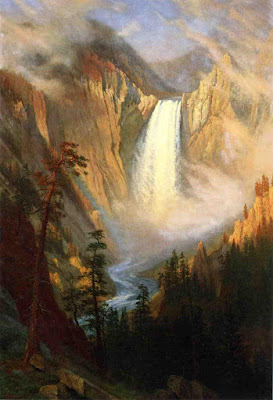 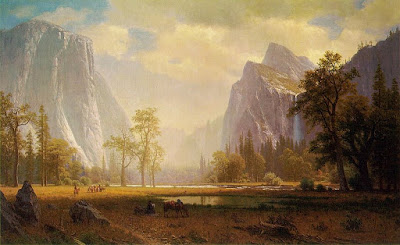 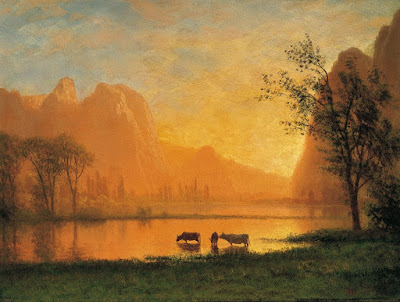 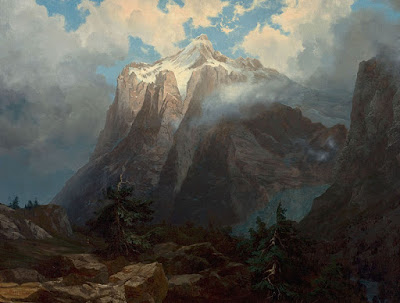 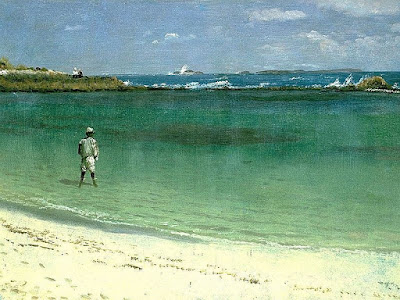 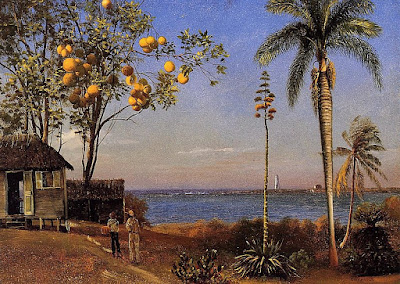 In 1876 his wife was diagnosed with tuberculosis, and for the next decade Bierstadt spent a lot of time in the Caribbean. 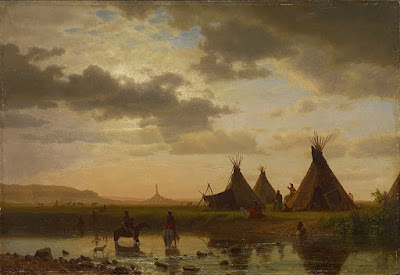 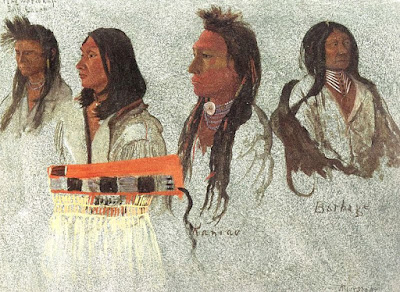 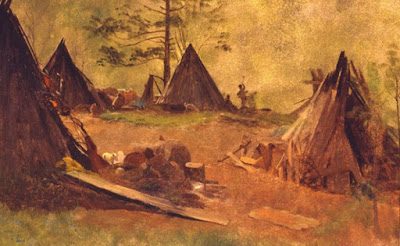 I'm also quite impressed with Bierstadt's painting and drawings of Indians. The degree of sentimentality was a lot less in 1859 than it would be a few decades later, so Bierstadt's paintings of this era show Indians as people rather than tragic avatars of a dying way of life. 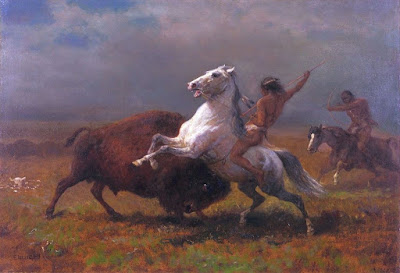 But by 1888 Bierstadt was painting scenes like this, titled The Last Buffalo. That was just how things went across that fateful thirty years. 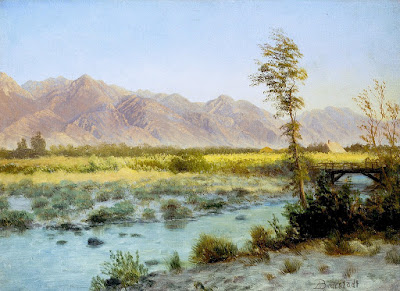 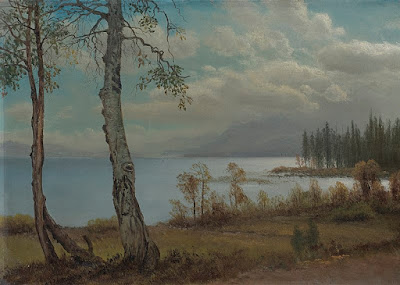 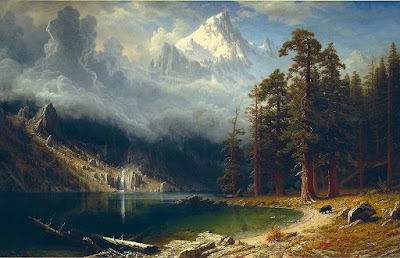 I could look at these for hours. 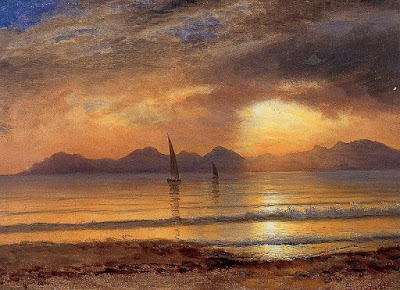