A New City in Chicago 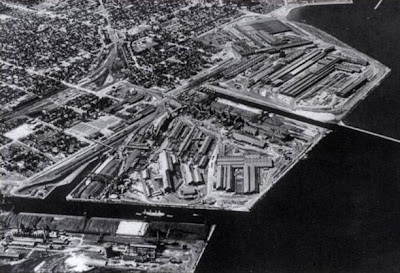 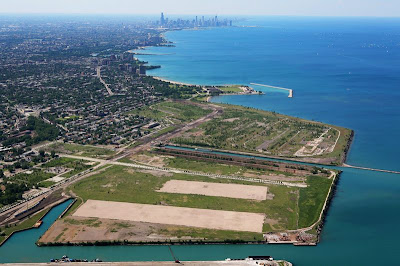 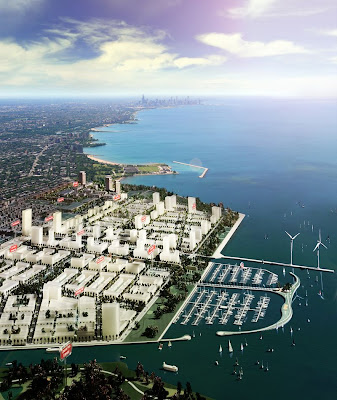 The new plan for the site of the South Works steel plant on Chicago's lakefront has people excited and hopeful. The Chicago Tribune and the NY Times both invoke the memory of famous Chicago designer Daniel Burnam, he of "make no little plans." The old steelworks, which once employed 30,000 people, closed down in 1992, and the 460-acre site has been vacant for a decade. The new plan envisages creating a new urban neighborhood connected to the existing street grid, including both high rises and townhouses, a marina, a network of parks covering 125 acres, and up-to-date environmental features like a separate, filtered sewer system for rain and melt water:

The plan calls for 13,575 market rate and affordable homes to serve 50,000 new residents, 17.5 million square feet of retail and commercial space, a high school and a marina with 1,500 slips, to be built in phases over the next 30 years. The estimated cost is $4 billion.

If this was what planners really did for a living (not, say, churning out yet more plans for suburbs where everyone lives on a cul-de-sac), I would have become one, because projects like this really capture my imagination.
Posted by John at 8:50 AM