The Battle For Snake Island 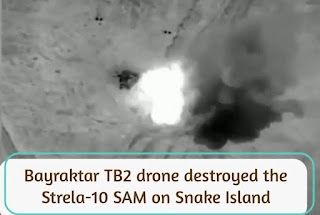 All sorts of action on Snake Island, the Black Sea rock that Russia famously seized on the first night of the war in Ukraine. Things got started on April 30, when the Ukrainian MOD posted (on Facebook – such is the way of modern war) a video shot a few days earlier showing a Bayraktar TB-2 drone destroying a Russian Strela 10 surface-to-air missile system on the island.

Then on May 2 the MOD posted a video of a Bayraktar TB-2 drone destroying two Russian Raptor class patrol boats near the island, said to have taken place at dawn that day. 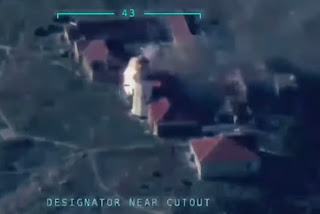 Things started to heat up on the night of May 5-6, when we saw a video of another Bayraktar TB-2 drone destroying another surface-to-air missile system, this time a Tor. 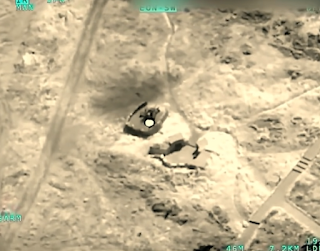 This was accompanied by a video of an attack on a ZU-23 self-propelled anti-aircraft gun. These were not, it seems, random strikes, but a systematic effort to strip away the island's air defenses. 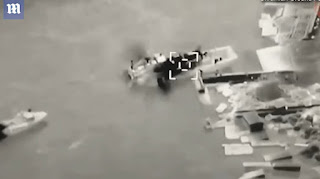 On May 7 we learned about another attack, this time on a Russian landing craft moored at the island; it was carrying another Tor SAM system, presumably an attempt to restore the island's air defenses. 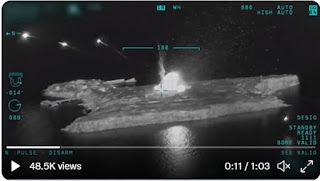 These attacks on air defenses were followed up on the night of May 6-7 by a bombing attack on the island by two Ukrainian Su-27 aircraft, which was filmed by a drone. Large secondary explosions show that the bombs hit weapons or fuel storage. 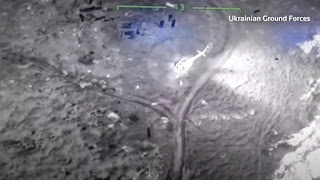 Then, later the same night, Ukrainian drone destroyed a Russian Mi-8 helicopter that was landing soldiers on the island. Military analysts have said that based on the behavior of the troops, some of whom immediately took up firing positions when they left the helicopter, the Russians must have lost contact with the island and not known if it had been seized by Ukraine or not. 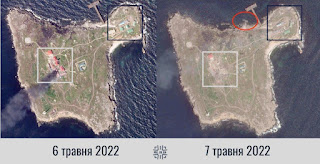 These before and after satellite photos show that most of the buildings on the island were destroyed by the bombing attack.

Today a Telegram account associated with the Wagner Group reported that Russia has abandoned the island entirely. I doubt that Ukraine is likely to reoccupy it, since they have just demonstrated that it is completely indefensible. So what is this about? 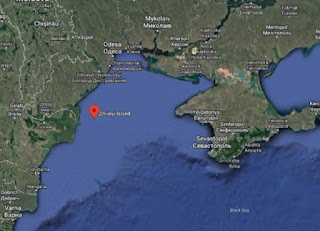 The best guess is that Ukraine is trying to keep Russians out of the western part of the Black Sea. If they can, they might be able to send barges full of grain down the coast to Bulgaria to be loaded onto ships for export. If the barges keep close to shore they might be able to avoid Russian submarines. Of course the Russians might attack them from the air, but since they have been so cautious lately about using their attack aircraft, they might be reluctant to risk them to sink a barge train.

But as I said that is just a guess, and we really don't know why Ukraine has devoted so much attention to this tiny island, or why they have publicized all of these attacks.

UPDATE 13 April: Russia has put two more SAM systems on the island, so they're not giving up.

But as I said that is just a guess, and we really don't know why Ukraine has devoted so much attention to this tiny island, or why they have publicized all of these attacks.

Isn't the symbolic value more than enough of an explanation?

The Russian navy's attack of the small handful of Ukrainian border guards stationed on the island - men who posed no credible threat to them whatsoever - was an abominable act which perfectly encapsulated the senseless cruelty of the invasion itself. It was one of the pivotal moments of the war, demonstrating to the entire world just how monstrous the entire situation was and is.

Whatever tactical or strategic value there may be in retaking Snake Island, I imagine the primary motivation for Ukraine's offensive is vengeance. In the words of Roman Hrybov, "Русский военный корабль, иди на хуй!" A prophetic exultation, given the fate of the warship that attacked them.