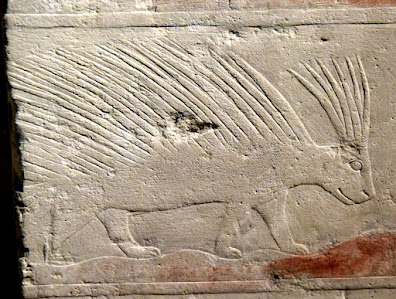 Britain's royal family used to be very popular in the Caribbean, but that is no longer true. Barbados bounced the Queen as head of state a few years ago and other nations may soon follow suit. Anger over slavery seems to be at the root of much of the change. Like some Americans, many people in the Caribbean are thinking about history differently and see mainly a litany of crimes.

Ted Gioia on the dismal economics of Spotify.

16th-century ring that unfolds into an armillary sphere.

Residents of Taipei thought their hot springs and steam vents were just remnants of a long-extinct volcano, but new results suggest there is an active magma chamber beneath their feet.

In Las Vegas, a ban on "useless" grass is requiring that businesses, apartment complexes, and the like dig up their lawns and replace them with desert landscaping. (NY Times) I think this is a good idea but real water reform in the southwest has to focus on farming.

Short film shot on Market Street in San Francisco four days before the 1906 earthquake. Colorized. I find the number of automobiles remarkable for such an early date.

To hell with heroism, says this Russian soldier; how about some good planning instead?

The grief of Russian mothers is rising; can it become a political force as it was in the 1980s?

Some follow-up on the 300 hundred soldiers from South Ossetia who refused to fight in Ukraine. Some have gone back to the fighting.

One of the factors making the Ukraine war so bloody is drone-guided artillery.

Map showing how Russian and Ukrainian forces are arrayed across the various districts in the battle zone. You can see why Ukraine is making some progress around Kharkiv and Kherson.

As Ukraine acquires more powerful anti-ship missiles, a battle is shaping up for control of the western Black Sea. This may explain recent Ukrainian drone attacks on and around Snake Island.

A thread on Russian policy in Ukraine as it relates to potential mobilization, which this writer finds unlikely.

Why Ukraine is dominating the "electromagnetic battlespace" (Washington Post)

Has Russia's Phase II offensive stalled? (8-minute video, ISW Assessment for April 30). And a thread from Nathan Ruser comparing what the Ukrainian MOD is saying with the situation on the ground.

Jomini thread about Russian plans, with an updated map.

From a comment on the above thread, a document from Ukrainian military intelligence showing a real-world Russian Motorized Infantry Battalion Tactical Group, with 588 men.

Interesting 13-minute video arguing that the Helsinki According have been the key European peace since 1975. Now that Putin has shredded them, a new security architecture is needed, and nobody knows what that will be.

Arguments have broken out among German intellectuals over the Ukraine war, with dueling public letters. Appearance by my new favorite German writer, Daniel Kehlmann.

When I lived in Vegas water was already an issue, and that was over 20 years ago. But that didn't stop builders from building residential communities with huge ponds, even lakes. Everyone had lawns, everyone had sprinkler systems, and all the lawns were in a valley where it almost never rains and is beastly hot, and the sun and heat are relentless. The sprinkler systems ran multiple times each day, and the water ran off the lawn down the street to who knows where. As I was leaving, moving back east, they were only beginning to pass laws to deal with the problem.

"I think this is a good idea but real water reform in the southwest has to focus on farming."