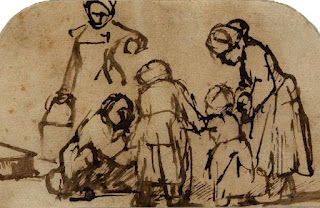 If you're wondering where I've been, I've had Covid, along with three of my children. I was miserable for a few days, but for the past week I have been mainly weary. Slow recovery continues.

Freddie de Boer essay on his miserable experience as a graduate student in writing studies: "You can’t generate a shared commitment to creating knowledge when no one has any interest in a common set of academic concerns."

Scott Siskind discusses the lavender extract Silexan as a treatment for anxiety, says it has promise.

Should we call the Neolithic temple builders of eastern Turkey a "civilization"?

Interesting Catholic review of a book about sex by a radical feminist.

The crazy story of Jane Stanford, wife of Stanford founder Leland Stanford, probably poisoned by one of her servants, although this was never proved. Review of a new book at the NY Times, Stanford magazine, wikipedia.

Time spent in outer space has serious impacts on the brain.

The latest from Norway's melting glacier is this perfectly preserved arrow. 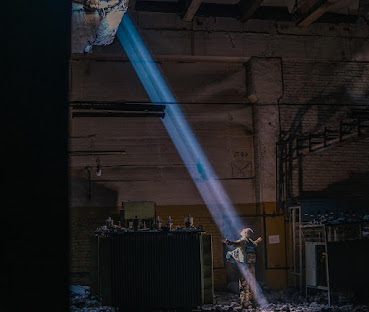 A ray of light in Azovstal, May 14

Teaser for a documentary on Ukraine's anti-fascist football hooligans, now battling Russia in the front lines. Of course they used to spend their time fighting against Ukraine's right-wing football hooligans. Now both fight the Russians. Which explains why warrior societies tolerate a lot of bad behavior from young men.

Institute for the Study of War report on the infamous attempted river crossing.

With Russian troops pushed back out of artillery range, life is returning to Kharkiv. The administration celebrates by planting flowers.

Old ad for the Ukrainian ground forces, translated into English, with a hymn to the shovel.

The latest from Russian foreign minister Sergei Lavrov: "We are shocked by the scale of Russophobia out there.”

Tire guy Trent Trelenko goes highbrow, says that Russia is due for a "Lanchester square law curve collapse." He says the Lanchester square law uses differential equations to analyze two armies in competition, and that the trend lines predict complete collapse of the Russian army in late June. He says his earlier prediction that Russia would run out of trucks to support offensive operations has already come true and explains the stalling of their offensive.

On the other hand Russia forces attacking from Popasna have made their most significant progress of this offensive so far.

Analysis of a captured Russian document on losses from the 1st Guards Tank Army as of March 15, showing nearly as many vehicles lost as men; it seems that in the initial invasion these units had a lot of men just walk away from vehicles that got stuck in the mud.

Interview with the mayor of Odesa, formerly a pro-Russian politician in bed with Moscow gangsters, now a patriotic stalwart. Putin used to have a lot of allies in Ukraine, but now most have turned against Russia.

The basic strategy of Ukraine is "corrosion."

Good you are healthy now. Best wishes for you and family.

I am so sorry about your family getting Covid. It is, as my physician father used to say, "a bad disease." I second szopen's good wishes for you and your family.

Glad you are recovering. Do be wary still - it's not uncommon for people to get better for a while, and then suddenly and unexpectedly reverse course and nosedive off a cliff, often never to return. If you worsen AT ALL, please take it very seriously.

Time spent in outer space has serious impacts on the brain.

We've known this for a long time now. The article linked draws the connection with microgravity, but there's also simply the effects of cosmic radiation. None of our spacecraft are sufficiently shielded to protect their crews long-term - it would simply require too much weight.

These problems also exist when it comes to colonizing other celestial bodies like the Moon or Mars. They're simply too inhospitable, and our ability to deliver the resources necessary to create infrastructure to compensate for the environmental hazards is too limited. We'd need either an absurd number of rockets, or something like a space elevator to even consider it.

I’m on it. Every day I ask: how are you? If you have any *hint* of trouble breathing please let me know “. I’m getting on everyone’s nerves. ~. The wife, how didn’t get it.