NASA FIRMS and the Battles along the Seversky Donets River 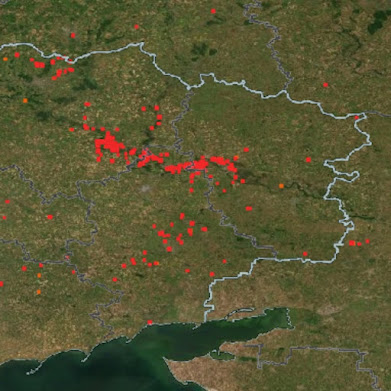 One of the new tricks that allows civilians to track the fighting in Ukraine is NASA's FIRMS system, which uses satellite data to automatically track fires around the world. Observers have noted that the system recognizes heavy fighting as fires. This isn't perfect, of course, and there are also natural fires in Ukraine even in the middle of a war. But as I said observers have found a pretty good correlation.

These four images, from May 12 to 15, show the "fires" identified by the system in eastern Ukraine. You can see in this first image intense fighting all along the Seversky Donets River, reflecting fighting over the river crossings that we have already discussed. 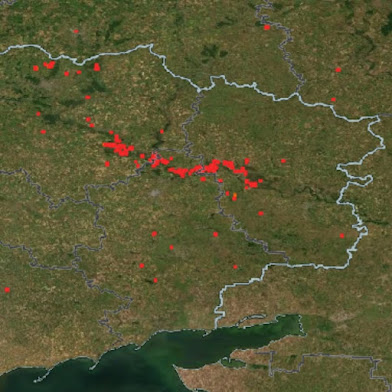 That fighting peaked on May 12, then declined. 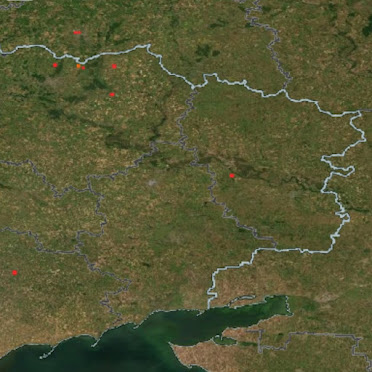 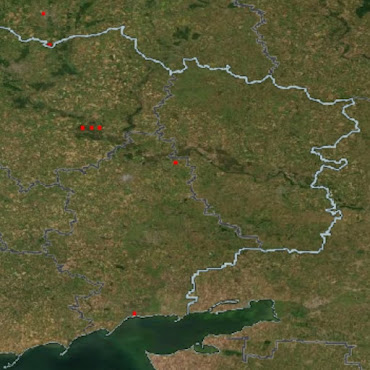 As Szopen pointed out in a comment, there are lot of questions about what exactly happened at these crossings, including the scale of Ukrainian losses. But the FIRMS data confirms very heavy fighting, and nobody seems to be claiming any major Russian advance. Heavy Russian losses have been confirmed by some generally pro-Kremlin sources, such as Igor Girkin and telegram accounts associated with the Wagner Group. So that there was a battle, in fact a series of battles, seems certain, and the front line seems not to have moved much.