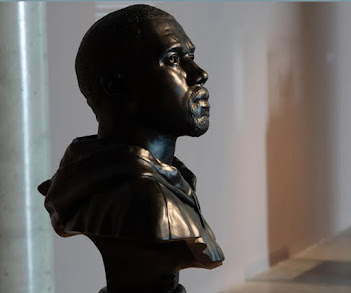 Kehinde Wiley (b. 1977) is an African American artist mostly known for his painted portraits, especially the one of Barack Obama. I find the paintings interesting but I don't love them. Somehow I avoiding learning until last night that he also works in bronze, and I love these. Above is Kanye, 2015.Houdon Paul-Louis, 2010. 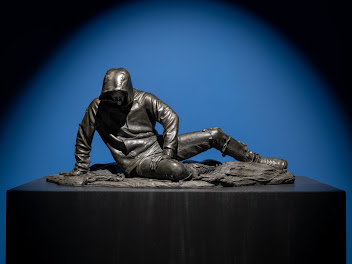 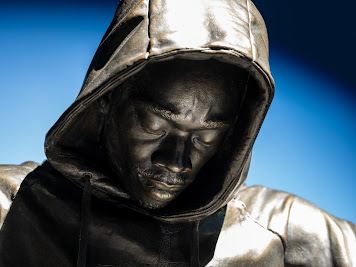 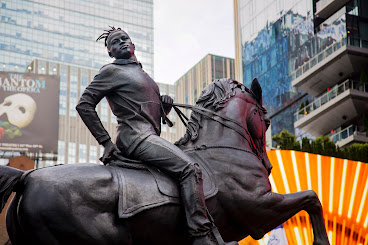 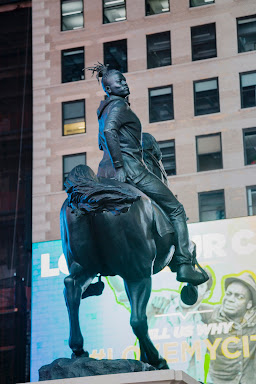 Here's one that's sort of a joke, A Rumor of War, set up in Times Square in 2019. The pose is the same as the statue of Jeb Stuart that stood in Richmond. But as a sculpture it's terrific. 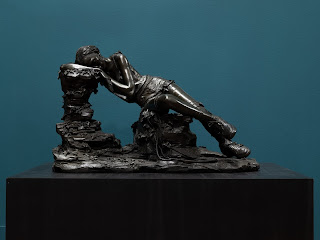 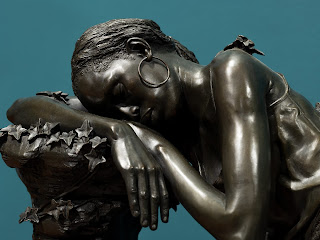 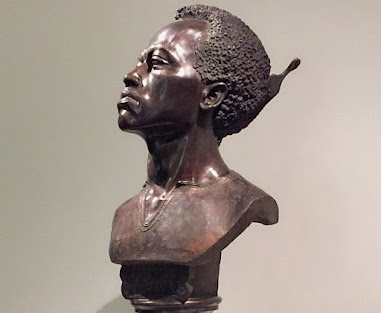 These are amazing. Thank you for posting them. I love that JEB Stuart redux statue, especially the hair taking the place, I believe, of the hat plumes.