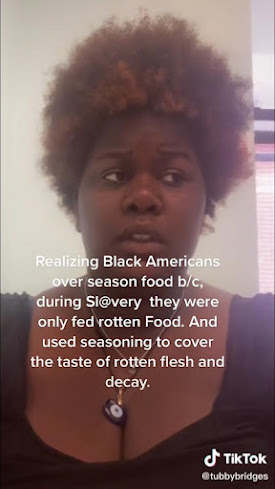 This is NOT TRUE.

My old post about pepper and rotten food in Medieval Europe has logged several hundred page views, so perhaps I have made a small contribution to fighting that nonsense. So I'm going to wade right in and try to fight this one as well. Let's recap a couple of things:

I'm not saying that nobody anywhere wasn't ever hungry enough to try eating rotten meat; no doubt that happened all the time. They got sick. If they were weak from hunger they might have died. Spices wouldn't have helped them. 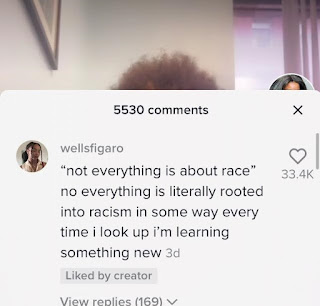 I'm also not saying that slaves were always well fed or that their diets did not contribute to the evolution of African American cooking. Not being given enough food was a standard complaint of slaves, and a lot of "Soul Food" was about turning the cuts of meat that planters didn't want for themselves into palatable meals. The bones I excavated at the Bruin Slave Jail in Alexandria, Virginia were mostly the heads and feet of cows and pigs. There is a lot of nutrition in those parts of the animal, but they weren't much sought after, so they were cheap. That deposit also included thousands of oyster shells, which, again, were cheap, at least at certain times of the year. Oysters spoil quickly so it is quite possible that slaves who ate them sometimes got sick, but then that happened to white people, too. 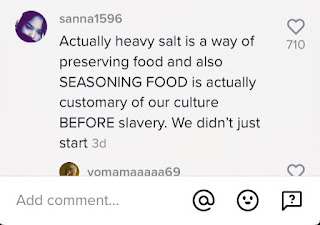 And also what this commenter said. Heavily salted meat was very common in the Americas, for white people as well as black, because salt was cheap and so it was the simplest way to preserve meat for later. Also, heavily spiced and salted food is a West African tradition, and by eating that way enslaved people were maintaining their own culture, not just trying to survive on rotten flesh.

There is an interesting worldwide association between heavily spiced food and poverty. The most refined and expensive cooking avoids the heavy use of hot peppers or horseradish in all the cultures I know anything about, and in many places the poor have a special fondness for spice. I suppose this is because heavily spicing your food is an inexpensive way to make your life a little more interesting, although various neo-Freudian explanations also come to mind.

But there really isn't any reason to trash-talk Soul Food, any more than there is to trash-talk the Blues. Yes, they emerged from a culture of poverty and oppression. But they have a value that transcends the sadness of their origins.

Enslaved black people ate spicy food because they liked it. Let's not retroactively ruin the pleasures they found amidst their toils.